Tis The Season To Be Roofless 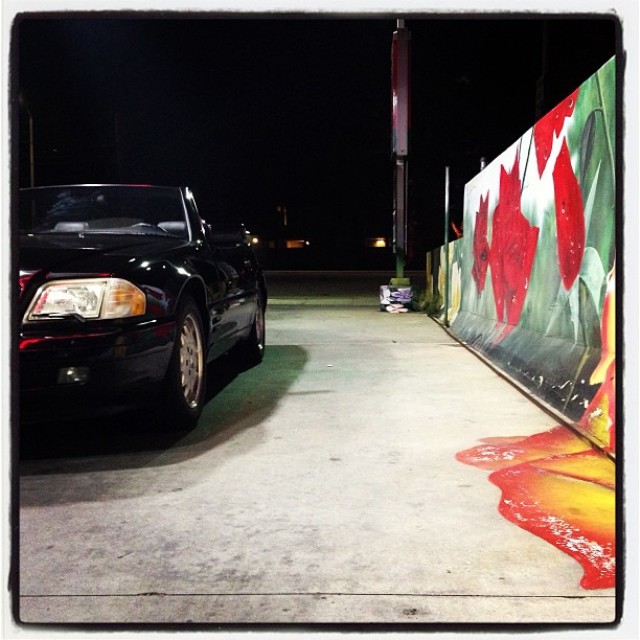 Had the hardtop on for the past couple months, and I gotta admit, the 500 Benz is a better car for it: the solidity factor approaches that of an S-Class, and the sense that the R129 gives up little if anything to contemporary cars is magnified to the max.

But since my parents happened to be around to help last night, I decided to take the top off for the summer, and damned if I don't like the car more this way, cowl shake and all. 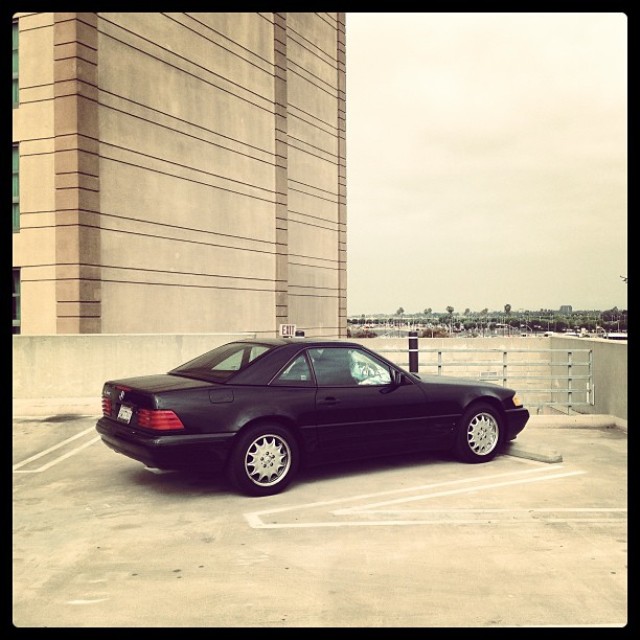 Let me be clear that I positively love how the 500 Benz looks with that hardtop in place. There's a flow here that's frankly absent in Summer Mode. Stalwart 500Benzfriend mercedesmark once opined that, aesthetically speaking, the car was intended to have either the hardtop on or the soft-top down, and I very much agree—but I would give the stylistic edge to hardtop-on over softop-down, as there's a cohesive muscularity to the former that's lost with the latter. In point of fact of which, I'd go so far as to say that the hardtop-on R129 is the most muscular-looking Mercedes SL of all time. Just google the more recent SL generations and tell me they haven't gone all soft and swoopy with the C-pillars and such. The hardtopped R129 is an O.G. Benz, and if you don't know, you betta ask somebody.

Let's take one more look at that hardtop profile for old times' sake: 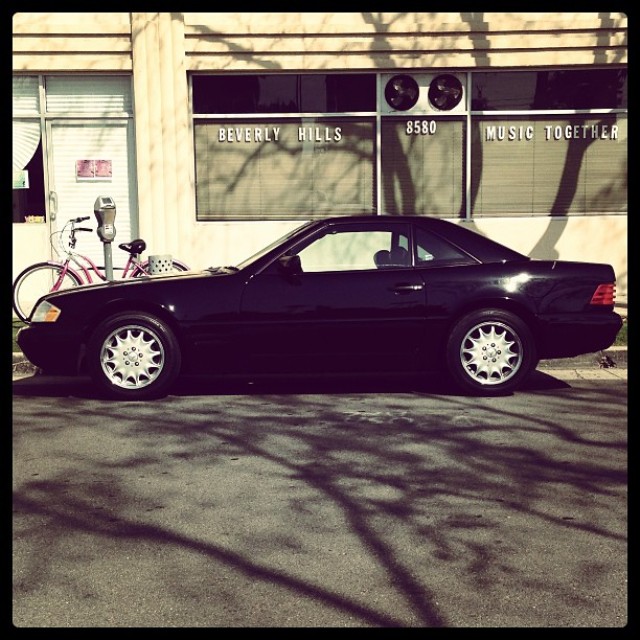 That is just a noble automobile right there. No two ways about it.

But look here now. There are a couple clear drawbacks to a hardtopped R129, and I'm going to break them down for you.

The first is both the perception and the reality of extra weight. The hardtop adds 75-100 lbs, depending on whom you ask, to the already-two-ton 500 Benz, and that poundage sits at the tippy-top of the structure, so you really notice it. The car feels significantly lighter and faster with the hardtop off.

The second is that there's a special headiness to the way the M119 V8 gathers speed, and there's nothing like experiencing it with the top down. The exhaust note, normally muted, is amplified considerably, and you get that "holy smokes the air's whooshing by really fast" thrill that's just not attainable in a fixed-roof vehicle. Words tend to fail me when I try to capture the brilliance of this engine; you've got to put aside the 0-60 time (6.3 seconds or so), the official output ratings (315 hp, 347 lb-ft), et al., and instead imagine an insistent rush that's almost electric in character, with just enough V8 attitude to make you grin. Yeah, the car jiggles all over the place without the hardtop to keep it in check—someday I'm going to get to the bottom of what happened between like 1990 and 2000 in terms of massive structural-rigidity advances—but by and large, I don't even care. A topless 500 Benz at full song is one of those automotive experiences that makes driving feel like an end in itself, and for those of us who are nuts enough about cars to drive them for a living, it doesn't get any better than that. 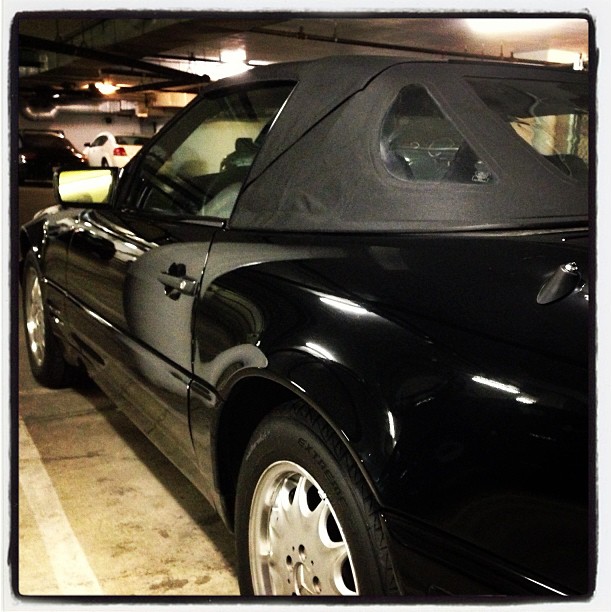