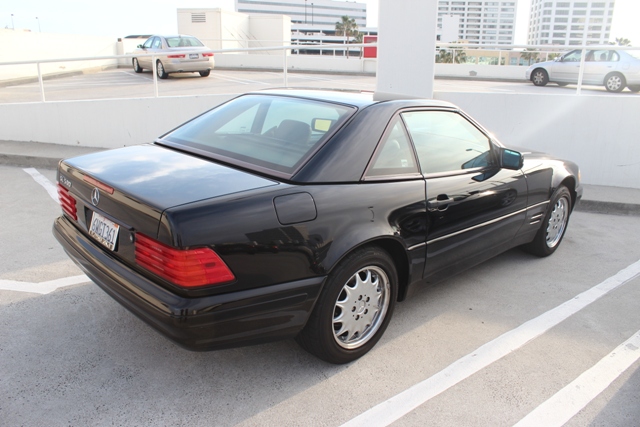 Not surprisingly, rain was in the forecast for San Francisco as mrs500benz and I packed for her aunt and uncle's place last Friday morning, so I prevailed on her to help me install the 500 Benz's hardtop, which had been sexing up my living-room wall ever since my man Johnny Turbo helped me take it off a few days after I bought the car.

In brief, installation can be something of a challenge when the hardtop's on the third floor, the car's in the basement, and you don't have the little rolly cart that Benz originally included to help you wheel the top around...so I naturally captured the whole carnival on video, and then we headed north to see what the Benz feels like with its helmet on. 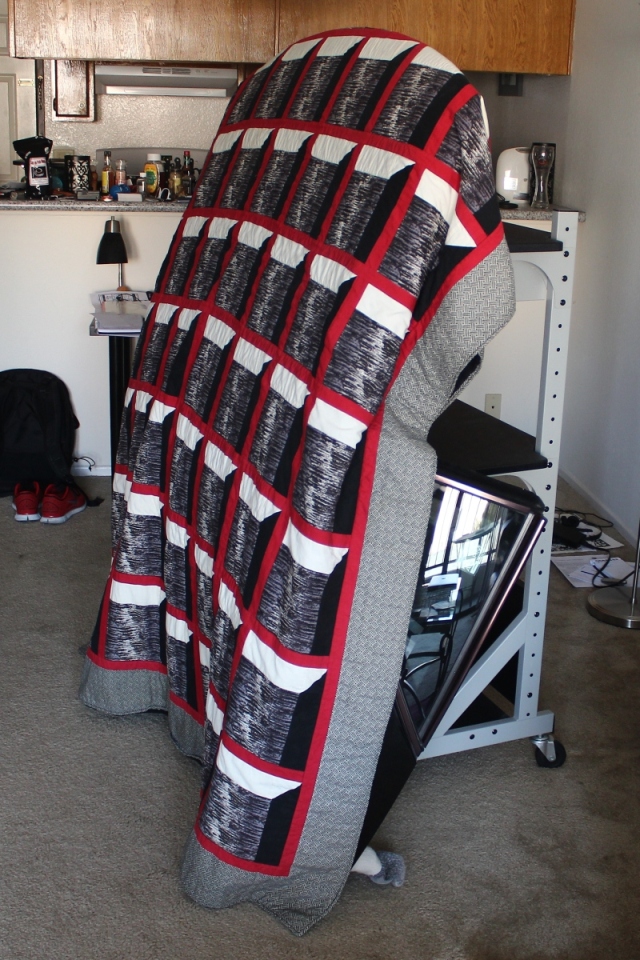 But first, here's my makeshift rolly cart—a stand-up desk! I was looking around my apartment and muttering, "There's gotta be something on wheels in here," when my eyes came to rest on this handy contraption. We had to maintain lateral pressure on the top to keep it upright, but otherwise, the desk did pretty much the same job as the factory cart.

I didn't have this thing when Mr. Turbo and I removed the top, by the way, so we got it done with our bare hands like the real men we are.

The procedure took about five hot minutes. Let me tell you, it was a pretty exciting moment when I pushed the magic button and the hydraulics sucked that hardtop into place. 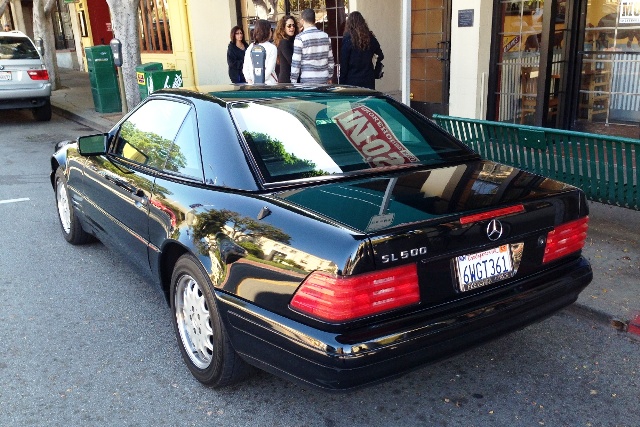 Then we hit the road, next stop San Luis Obispo. Here's the freshly helmeted 500 Benz chilling under a tree in downtown SLO. Goodness me, does that hardtop ever tie the styling together. It's all about the C-pillar, right? That thick, tapered metal portion between the rear and side glass? It's a familiar Mercedes styling cue, but I don't think any Benz has worn it better than the R129. I keep waffling on whether this car will ever become a genuine classic, but looking at it with the top on, it's almost a no-brainer. What a subtle, beautiful, timeless design. 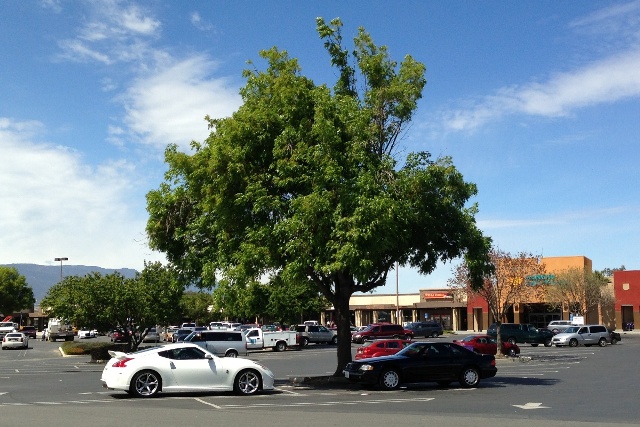 Hey, that's a new Nismo 370Z at a rest stop somewhere in farm country, and here's how it stacks up:

Road and Wind Noise at 80 mph: Too much/Not much 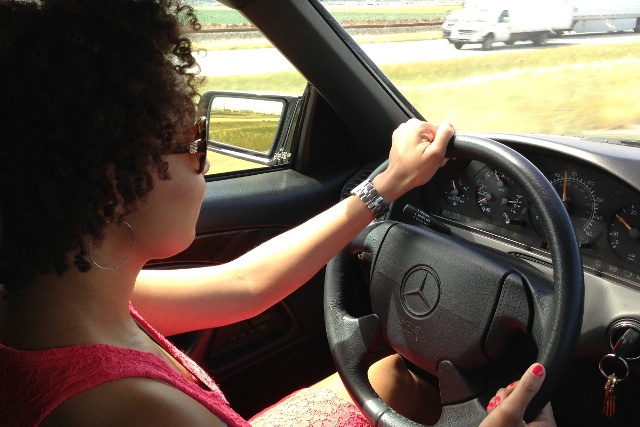 "When I got in," she grudgingly admitted to uncle500benz later, "I told him I'd drive for like an hour and then he'd have to take it the rest of the way. But then 100 miles went by, and I felt like I could keep driving forever. It was strange."

Right, so what's the 500 Benz like with the helmet on? Basically, it's a miniature S-Class. If you listen hard, there's a little more wind noise around the beltline than you'd expect in a fixed-roof luxury coupe, but for the most part, the hardtop transforms the SL into a hushed, planted, supremely confident grand tourer. It's astonishingly good on the highway. The car's character at 80 mph alone is a noteworthy thing: you're spinning a silent 2,400 rpm or so, getting around 24 mpg (more on that later; don't trust the MPG meter), hearing nuances through the Bose speakers that aren't there when the soft-top's in place, and treading lightly on the bottom-hinged gas pedal, a stab away from some of the smoothest, most addictive midrange acceleration an automobile has ever served up. Also, yes, the helmet definitely improves the jittery ride that's been haunting me for nine months.

Haha -- I won't deny it. But she ought to be careful because I'm pretty sure it's contagious!

I relayed this comment to her and promptly located a super-nice black/black 1995 S500 with 103k for $7200 in Monterey Park...her response: "You people have an illness."

"100 miles went by, and I felt like I could keep driving forever."

Yep, she gets it.

You know this is your ticket for a second Benz, right?