Will The Chair Fit? Plus Bonus Integra Pics!

I've already covered the 500 Benz's ability to haul pizza, but what about furniture?

Well, as this resourceful Mainer demonstrated on 95 South last summer, at least one chair almost fits if you leave the trunk lid open. 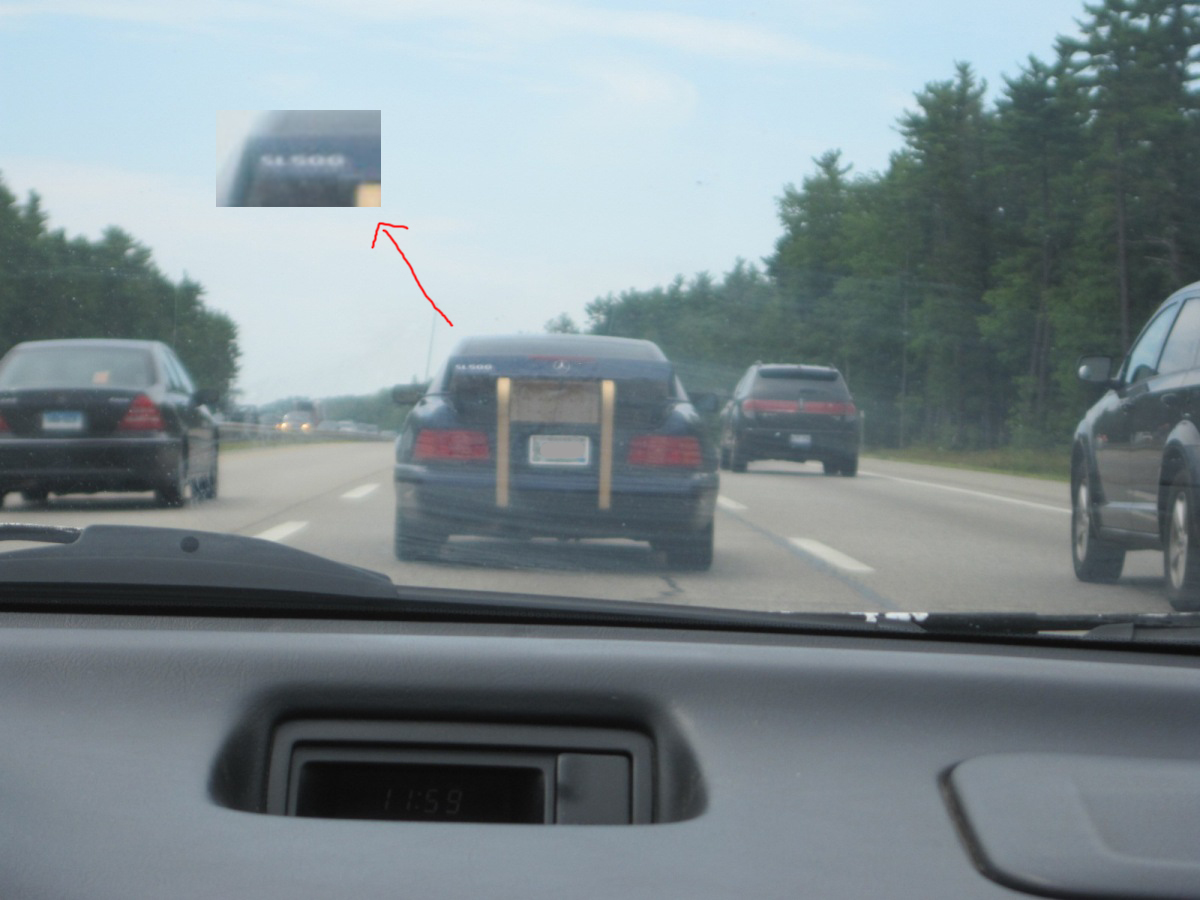 Yep, that's a 500 Benz. Looks like the same vintage (1996-'98) as mine, too—old-school taillights without the old-school two-tone color scheme.

The car I'm driving here, incidentally, is none other than the 1995 Acura Integra GS-R that schlepped me and my stuff out to LA when I got an editorial job at Edmunds almost exactly five years ago. You may have already gathered this from the 9,000-rpm tachometer, smartypants. Anyway, it failed a smog test in 2009, so I shipped it home. My mom still drives it every day.

Talk about a car with some cargo capacity, by the way. That Integra could haul an amazing amount of stuff. 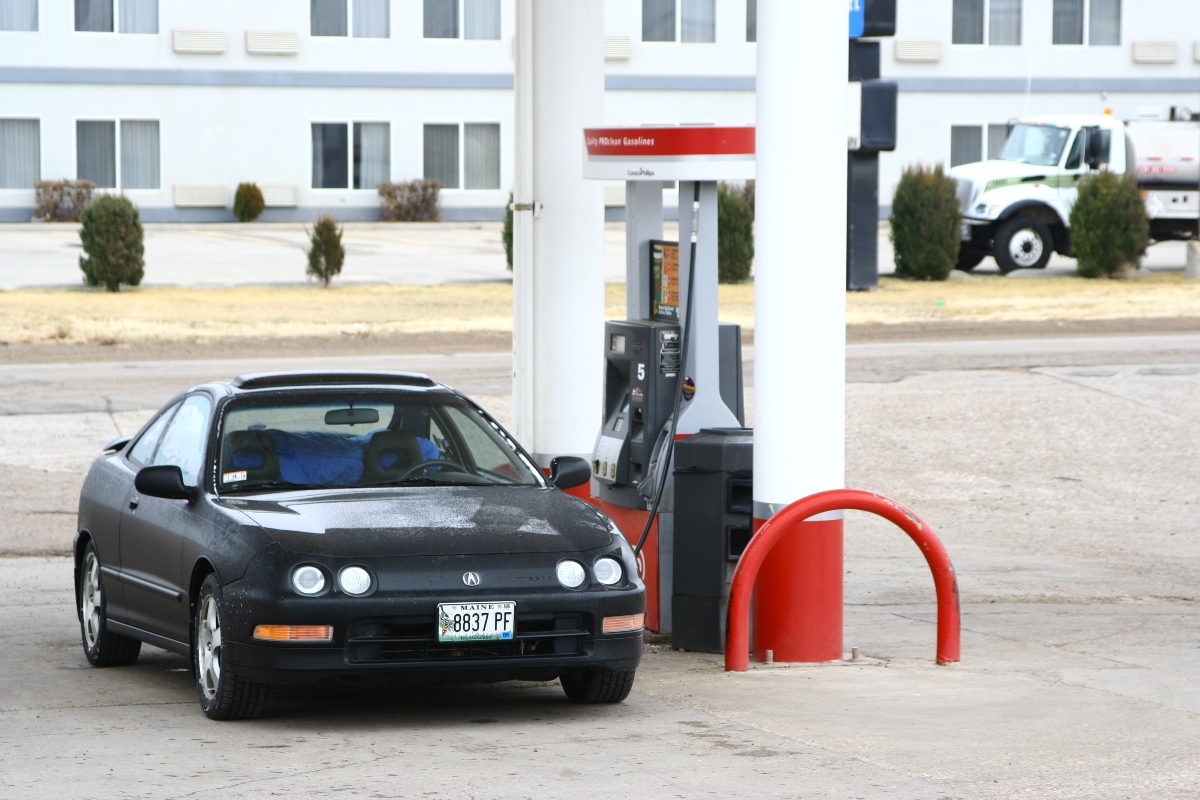 Here it is on an icy morning in Amarillo, Texas. Note the blue sleeping bag spread out in back. Underneath were most of my worldly possessions. 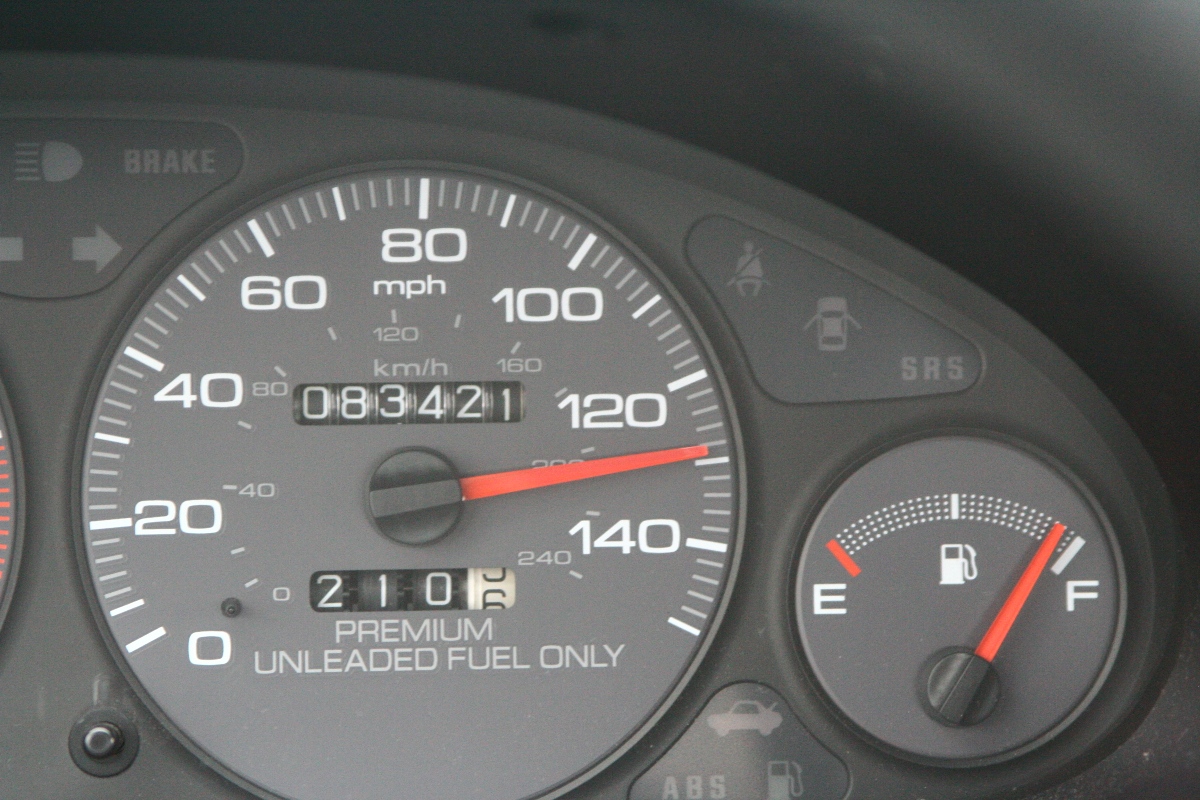 Shortly thereafter, an irresponsible, nay, downright reckless 26-year-old commandeered the GS-R and took us on a little joyride. The operative phrase here would be "professional driver, closed course," except I don't think he was a professional driver yet. In any case, if you were wondering what a GS-R's terminal velocity might be with with someone's entire life in the trunk (including a desktop computer tower!), there's your answer. 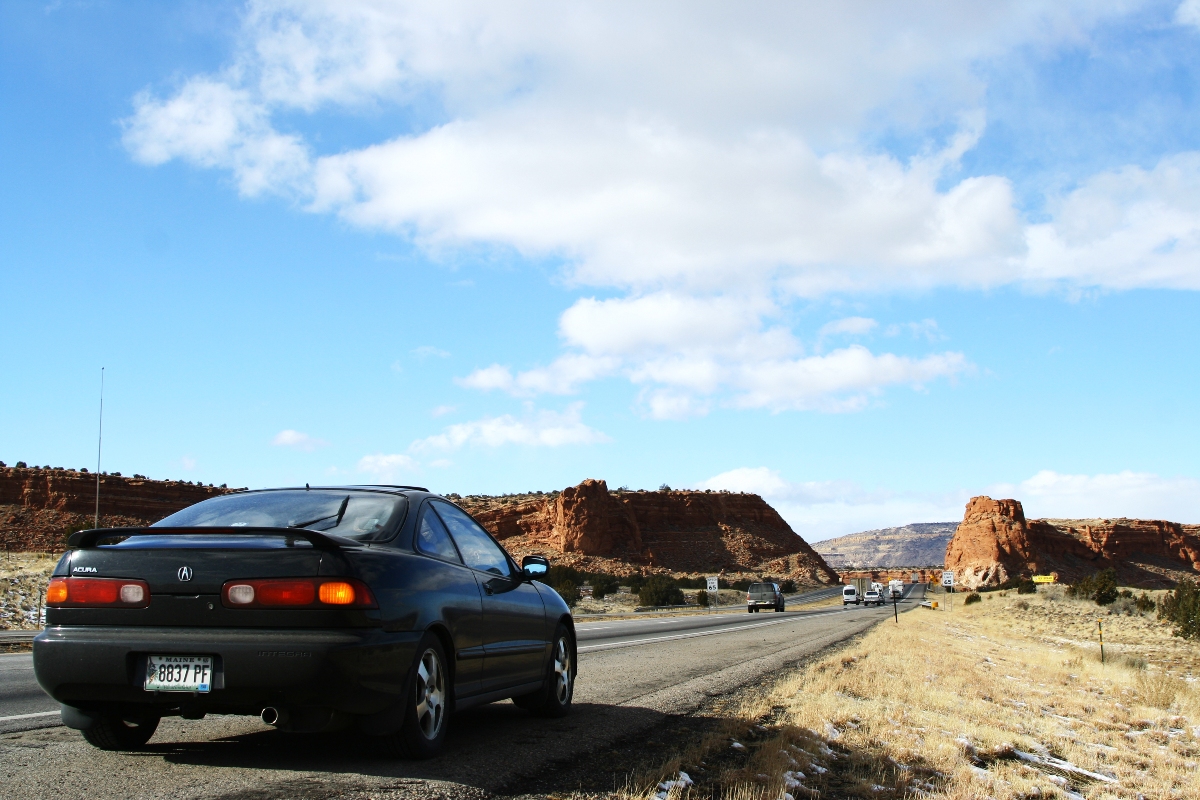 Your reward for making it through Texas is New Mexico and Arizona. What a landscape. 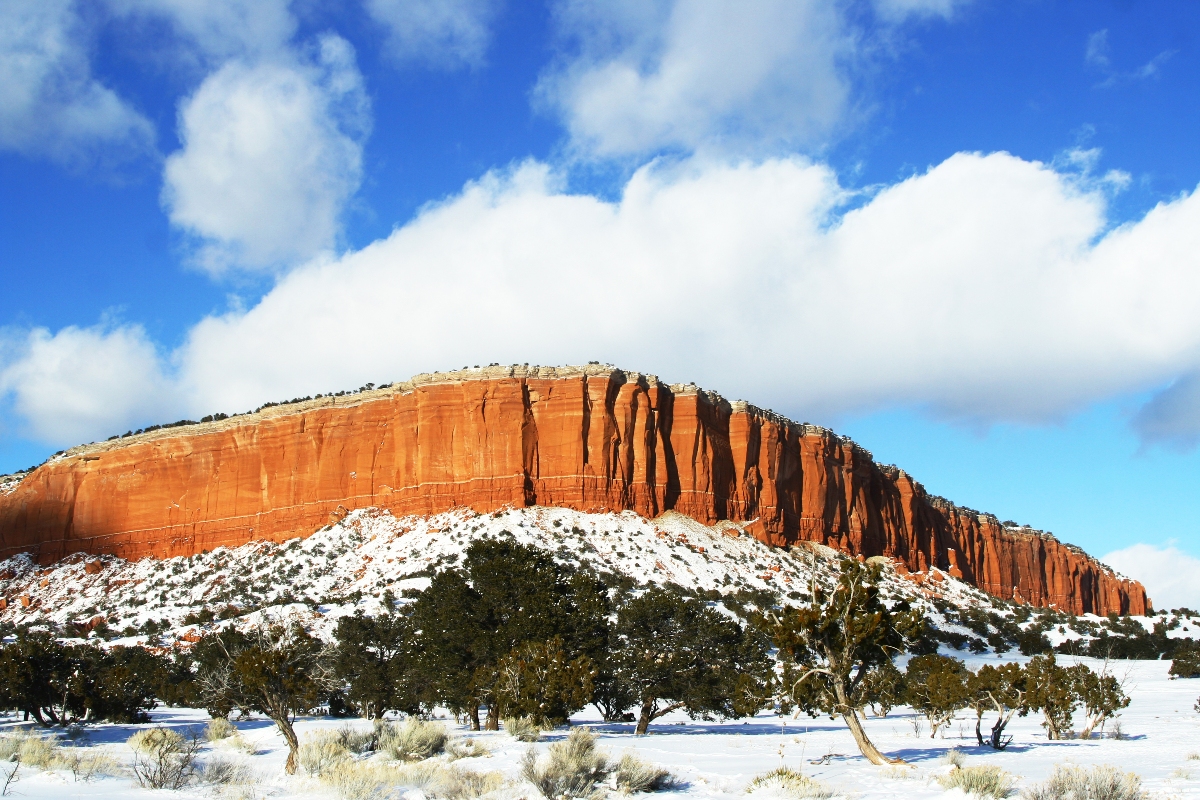 In fact, I am going to go ahead and add "mid-winter through northern Arizona on I-40" to my list of must-drives. A riveting introduction to the beauty of the American West. 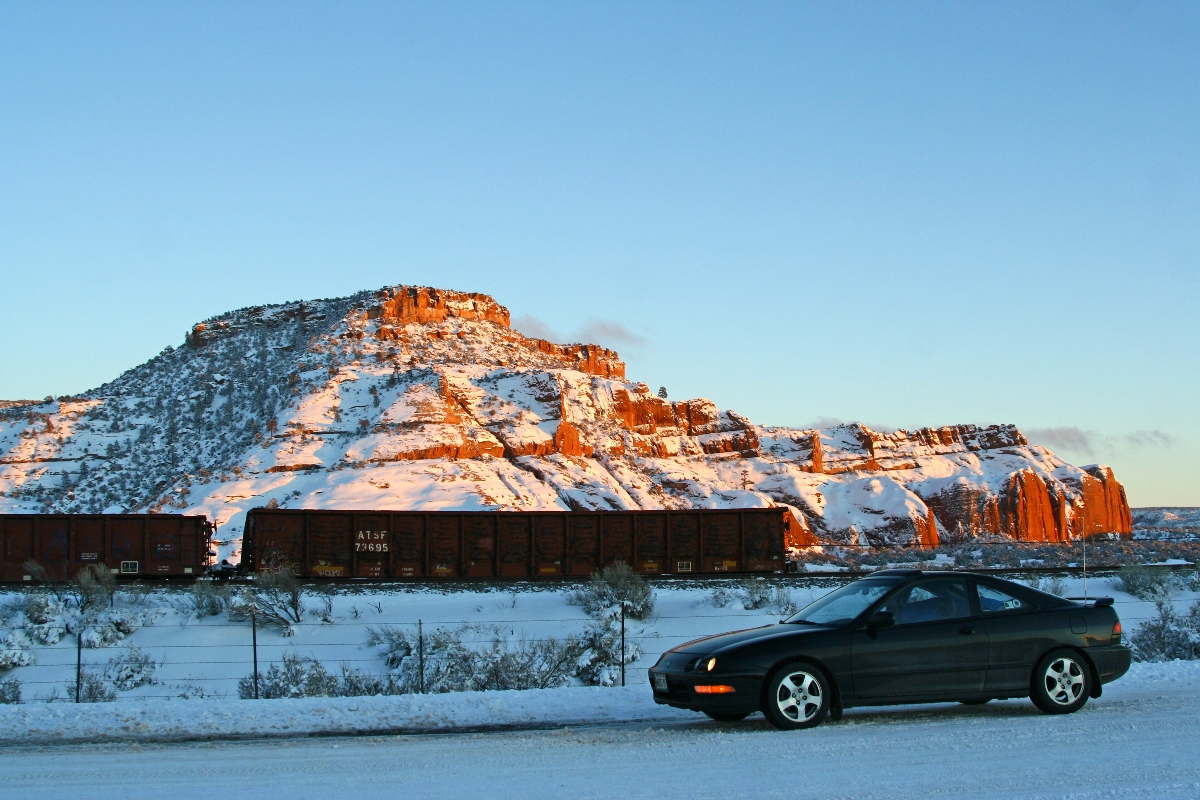 I still love the wheels on this GS-R (and on the Special Edition, too, if you want to get technical).

Also, I still insist that the GS-R's B18C1 motor is one of the best things Japan ever did. The soundtrack from about 5,800 rpm to the 8,100-rpm redline is unforgettable.

Noble car, that one.

posted in: Road Trips  Spotted in the Wild

The drive to Portland at about 8:00 pm was a trip -- it seemed that the highway had yet to be plowed (although a plow -- with its plow raised -- in defeat?) did rumble by me. About 4" of iced, wet snow coated the roads. Personally, I'd rather drive through a foot of the deeper, fluffier stuff. I and the Acura, which remembers happily hanging out on the Pacific Coast Highway in sunnier days, were making deals like: if I make it back to Portland without spinning out on 95 and getting smushed by the bigger vehicle that was tailgating me, I will apply for California citizenship (and a California license plate for the Acura). Hawaii, too, would do just fine, although more challenging to get the Acura over there.