I Drove to Oregon: Day 8 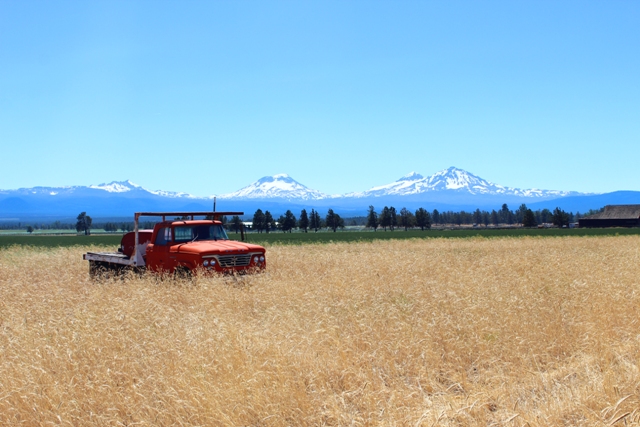 Back in the 500 Benz (not pictured above), I left Portland expecting to be golfing in Sisters that afternoon and staying somewhere in Bend that night. And that, Benzitos, is more or less what happened. 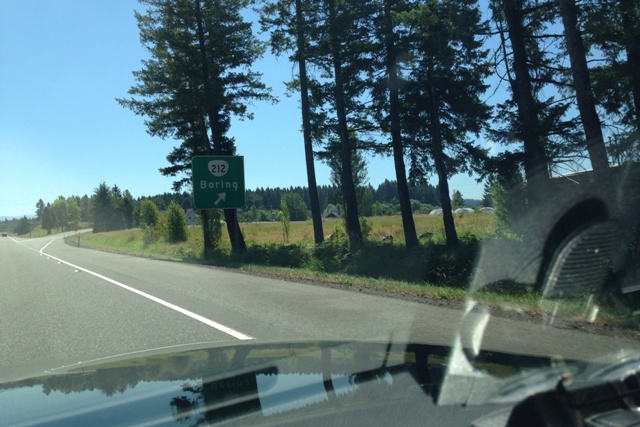 I picked the route that goes past Mt. Hood, and along the way you can get off at Boring. If you're having deja vu right now, you're apparently living in my head, because yes—we've seen this before. 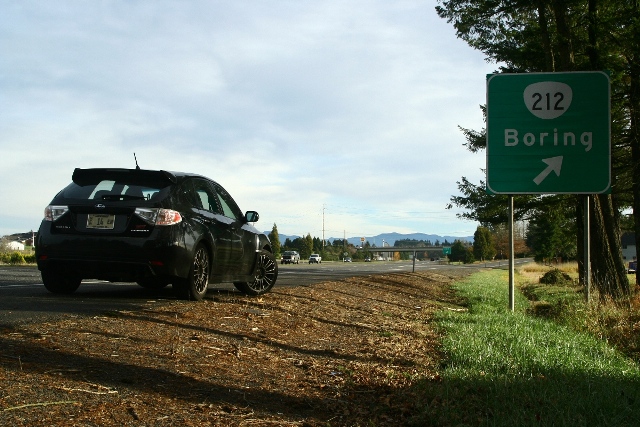 Last time I was in a borrowed Subaru WRX STI, and it was Thanksgiving 2008. I'd driven up from LA with Professor Teabag Bronson for a holiday appointment with B.D. Double Caramel Bronson of Days 3-7 fame. That STI is chiefly remembered at 500Benz.com for its excessive road noise and terrible stereo—basically a worst-case roadtrip scenario. The 500 Benz, for the record, has neither. 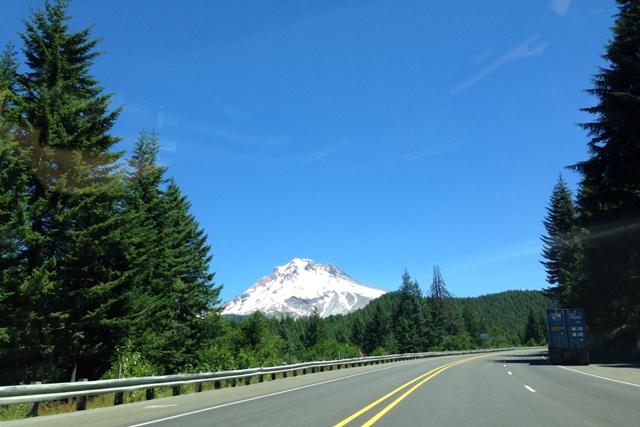 Mt. Hood, in the flesh. The man is back in town. 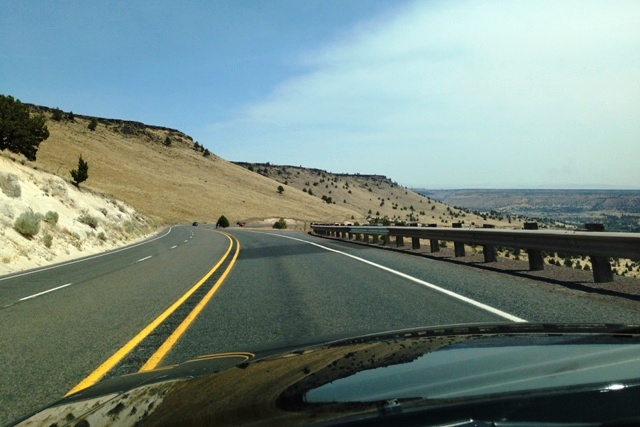 Oregon's rather like California in the diversity of its terrain. Once you get past Mt. Hood and come down the eastern side, it looks like New Mexico for a while. 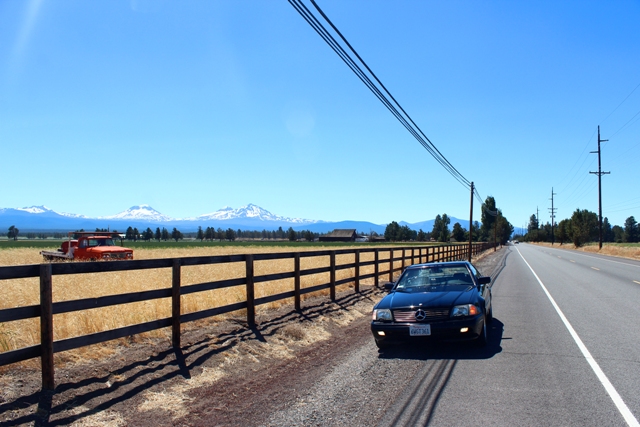 I didn't know it at the time, but those mountains are the Three Sisters for which the town of Sisters is named. They're all in the 10,000-foot club (barely). The third-, fourth- and fifth-highest peaks in Oregon, says the Internet. 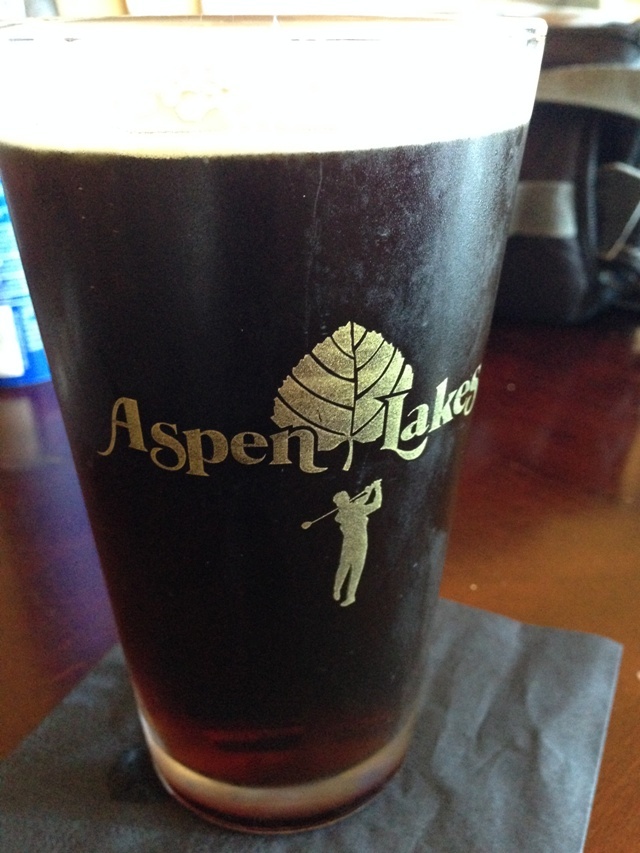 This pregame meal at Aspen Lakes also included a buffalo burger. Do you know about "Buffalo buffalo buffalo"? It really cooked my noodle back in college. Here it is from the, er, buffalo's mouth. 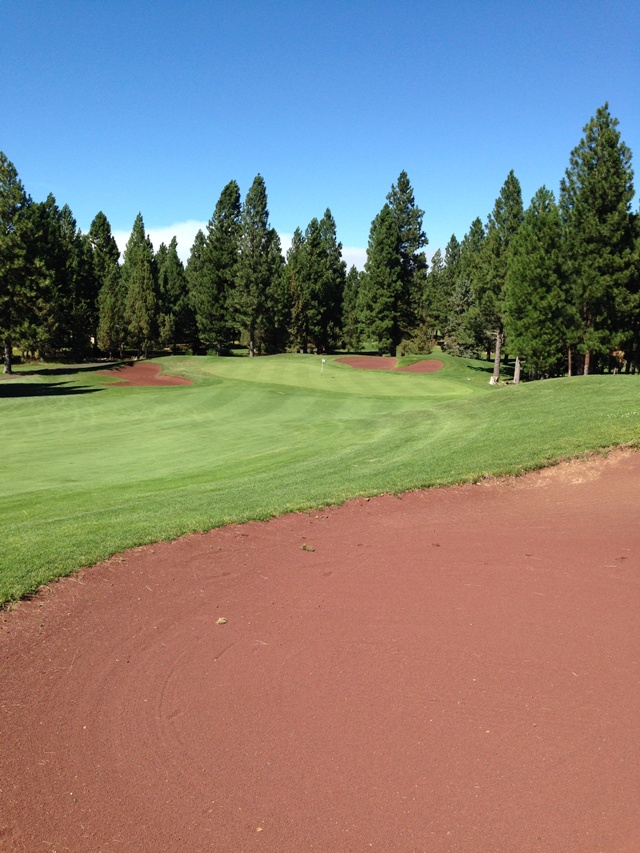 I picked Aspen Lakes because it's got red sand, obvs. Less obvs is why the sand is red. The course website explains:

"Red cinders that occur naturally on the property were crushed down to make sand. The deep red sand creates a visual delight as it contrast with the green grass, blue skies and white, snow covered, mountains that are the Aspen Lakes Golf Course signature." 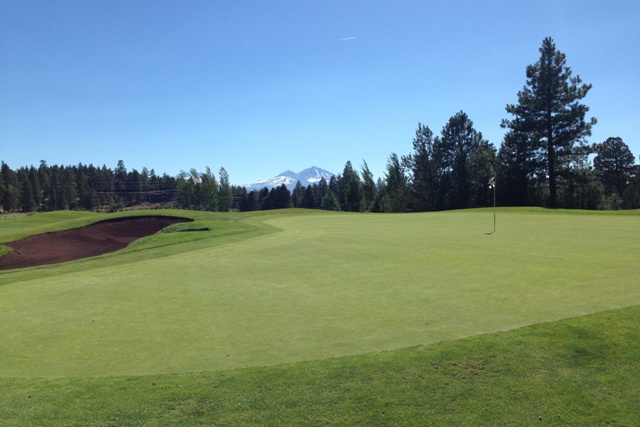 I never did find the explosive mountain vista on the scorecard, but it was nice to see the Sisters poking their heads over the trees here and there. 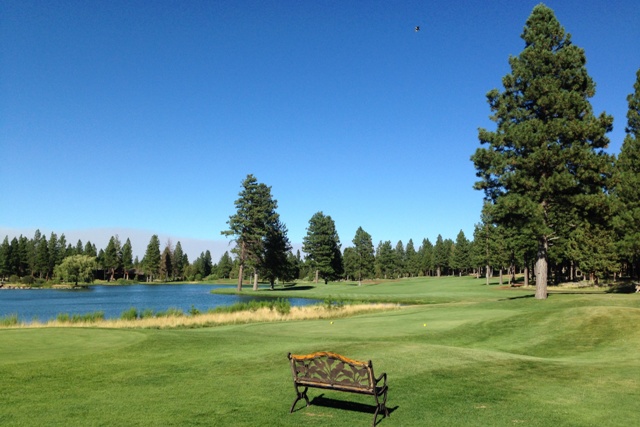 That gray cloud layer off in the distance was actually smoke from a nearby forest fire. 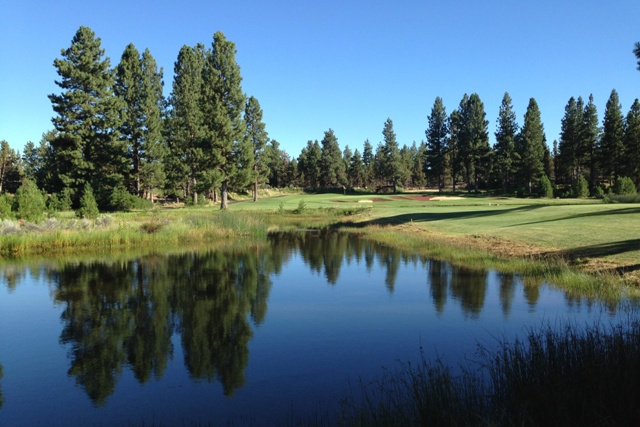 My game was flagging at this point, and my first tee shot rocketed into one of those trees on the left, forcibly evicting a large owl who had presumably been taking a nap. Just tonight I was cursing our parking-spot neighbors here in LA for encroaching on our tandem space. I can only imagine what the owl muttered at me. 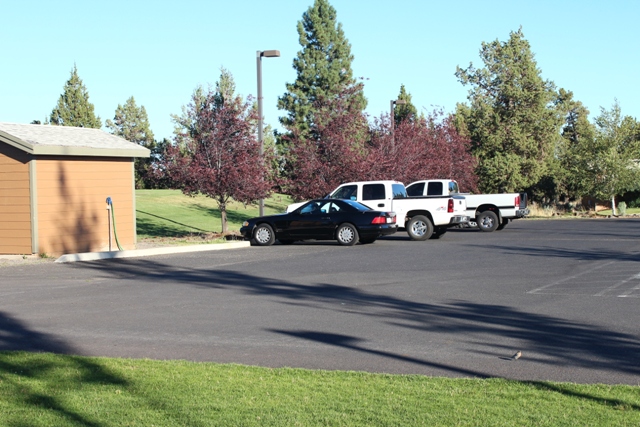 Sometimes I find myself thinking things like, "The 500 Benz looks particularly noble right now. I should take a picture." And in this case, I took action. 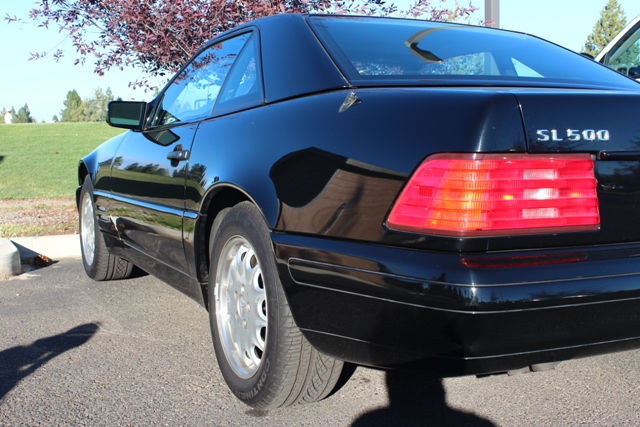 You know, if you get close enough, you'll see that the paint's showing its age. Especially in front, where there's a bunch of rock chips, a few of them poorly touched-up by a previous caretaker. I should take a picture of that sometime. But I have to admit that from this angle it's doing great. 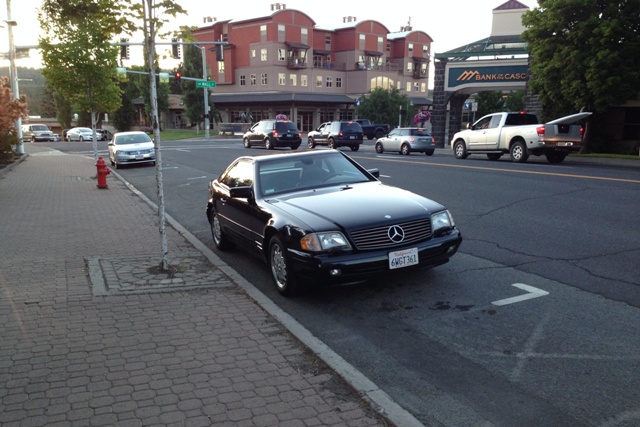 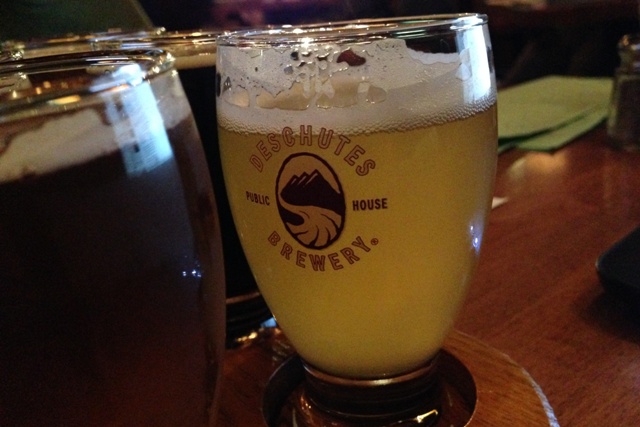 Home of Deschutes Brewery, a bunch of other breweries and a lot of Colorado-attractive summer people. Plus large beautiful homes for the price of a depressing fixer-upper in Long Beach. After this trip I spent a while wanting to move there. Then, as noted, I came across the bendsux blog, and also mrs500benz laughed at me. But I'm still sort of keeping the dream alive. Bend's a damn sight better than Tahoe—let's at least agree on that.