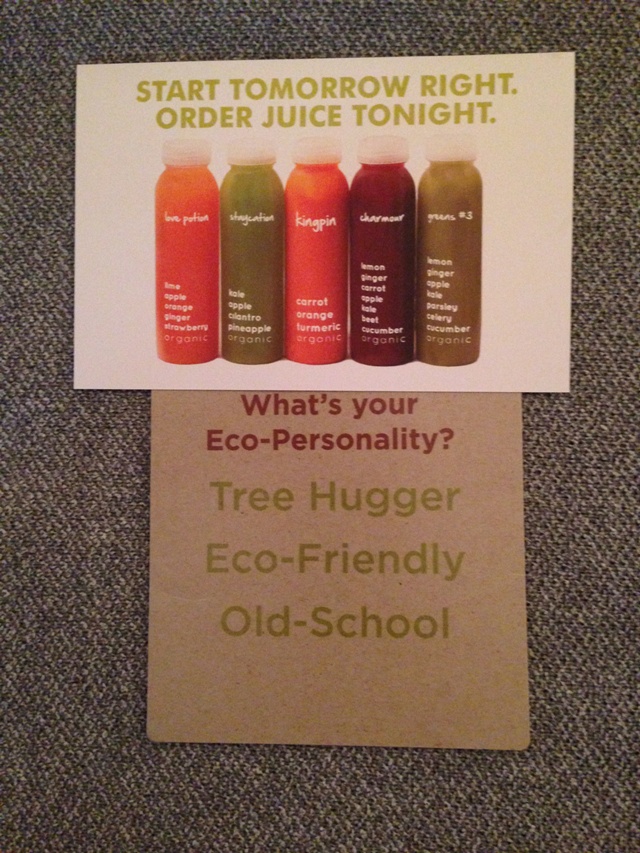 The pretext for this trip was that I had to be in Portland anyway for the unveiling of the 2015 Dodge Challenger Hellcat, a 707-horsepower monstrosity that will, as you'll see in a minute, do a burnout. I ended up spending a couple extra days with a notorious local I've done business with in the past—but first, I kicked it "Old-School" with Dodge as we drove candy-colored Challengers all over the place. 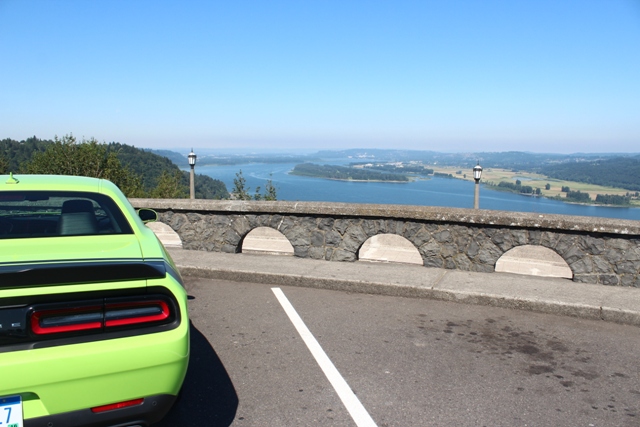 That's the Columbia River Gorge. My Challenger at the time was a non-Hellcat with the 470-horsepower 6.4-liter V8, as opposed to the Hellcat's 707-hp supercharged 6.2. Should you ever have an irresistible impulse to buy a really fast Challenger, get the 6.4. It sounds better, doesn't have a silly Viper clutch and costs 33 percent less. Plus, the 6.4-liter models carry 54 percent of their weight up front versus 57 percent for the Hellcat, if you know what I'm saying. 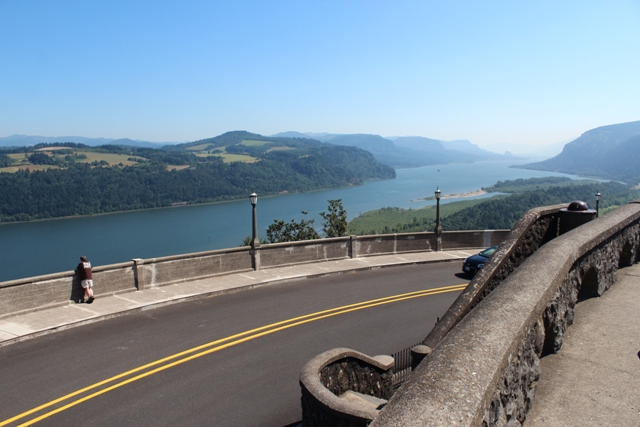 Oregon's just fine when it's not raining. 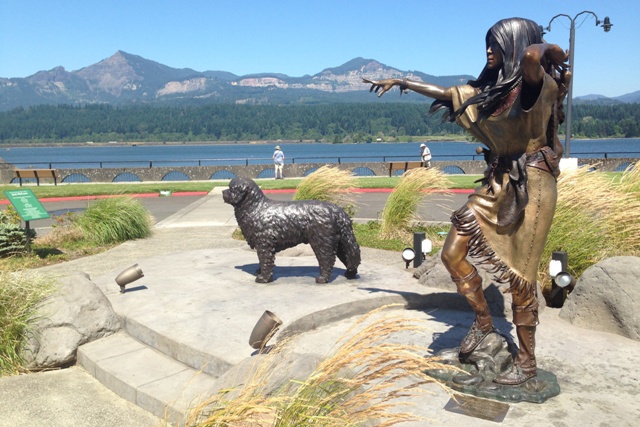 That's a statue of Sacagawea. I like to think that I know how to spell most words, but I had no idea there was a "g" in that one. For the record, Wikipedia says you can also spell it with a "j," but Lewis and Clark went with "g," and that's now the official spelling according to the U.S. government. 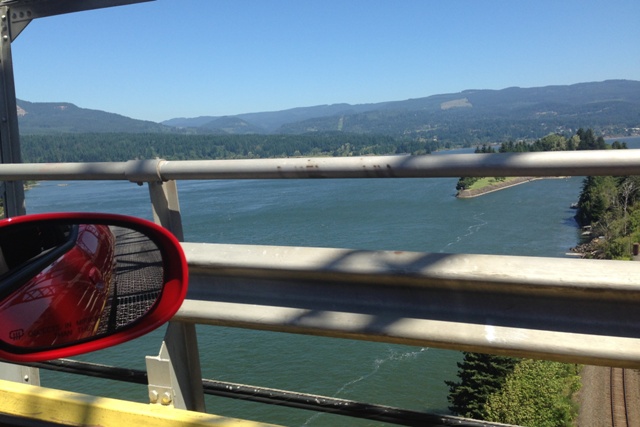 Crossing the river into Washington. 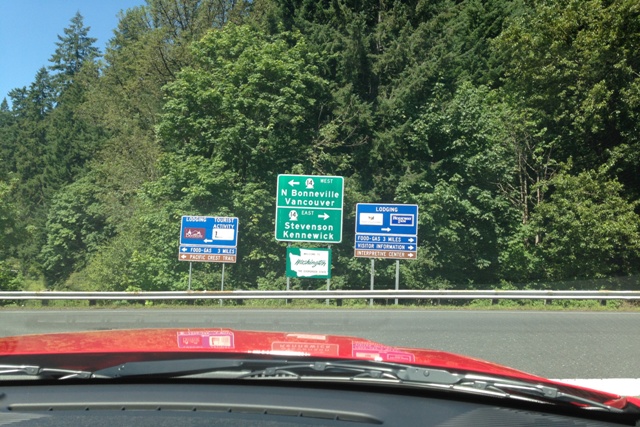 At this point my driving partner, a nice older guy from LA who does a radio show about cars in Spanish, suddenly started passing everyone and doing 100. This was after he'd explained to me that he doesn't own fast cars anymore, because "the place for speed is the racetrack." I submit to you that the greatest occupational hazard in automotive journalism is having to pair up with random driving partners at events. 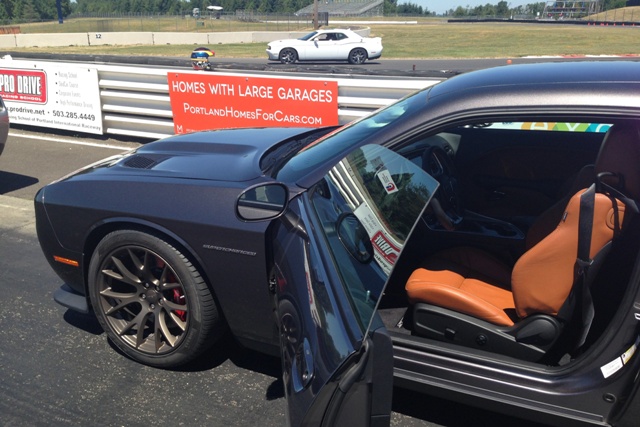 You're gonna need one if you buy one of these whales. 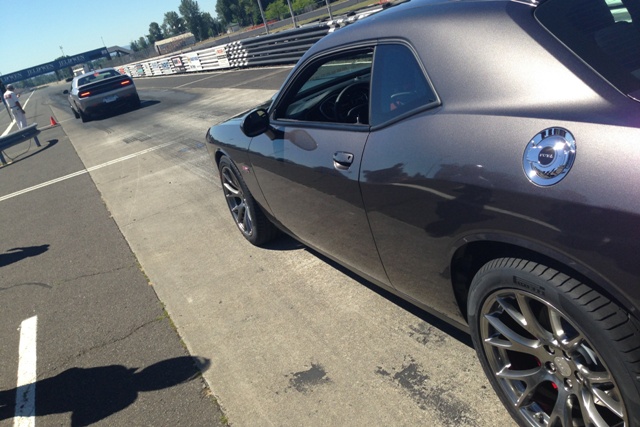 This was fun—we got to lap the Hellcat at Portland International Raceway, and then they set up a dragstrip and let us go wild. Automatics only, which meant we had launch control on our side. Still, the best I could do was a 12.1-second quarter-mile at 116 mph. Dodge says the thing is certified at 11.2 seconds. Maybe I didn't floor it hard enough.

As mentioned, it will do a burnout. 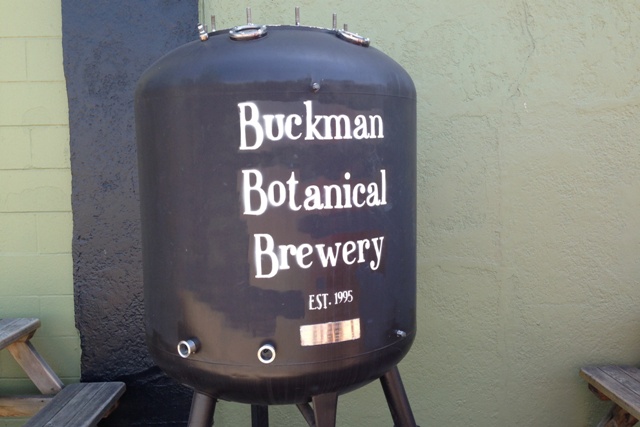 After the event I migrated to the abode of a Lake Oswego gangster by the name of B.D. Double Caramel Bronson. He introduced me to the dark side of Portland, e.g. this botanical brewery... 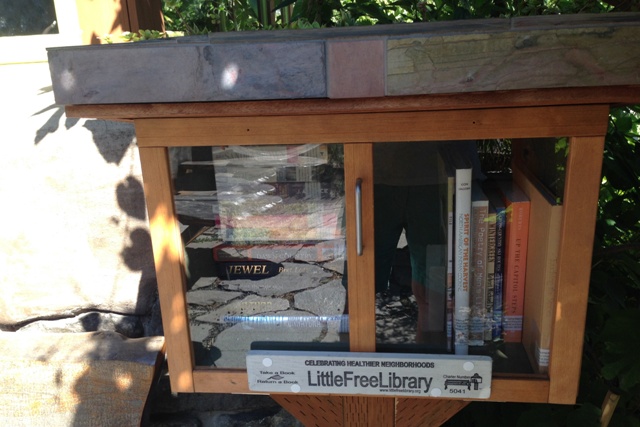 ...and this "Little Free Library" dropbox. 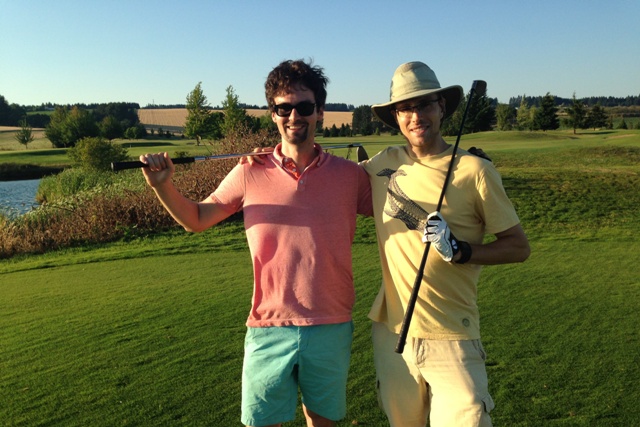 There was also golf. 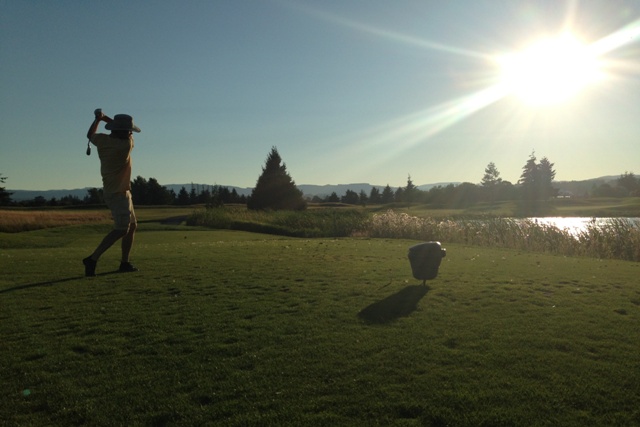 The best thing about summer in the Northwest, besides the fact that it stops raining, is that the sun stays out really late. Like, much later than here in LA. I think we played till almost 9pm that day, and we could have gotten in a few more holes. Plus there were hardly any other golfers on the course. Accordingly, in my future career as a man of complete leisure, I intend to spend my summers in the Northwest.

B.D. Double Caramel Bronson does everything with rhythm, even if it's taking drags on an e-cigarette.

Day 8 Forecast: I drive to Bend and decide that I want to live there. (I will later learn that it sux.)