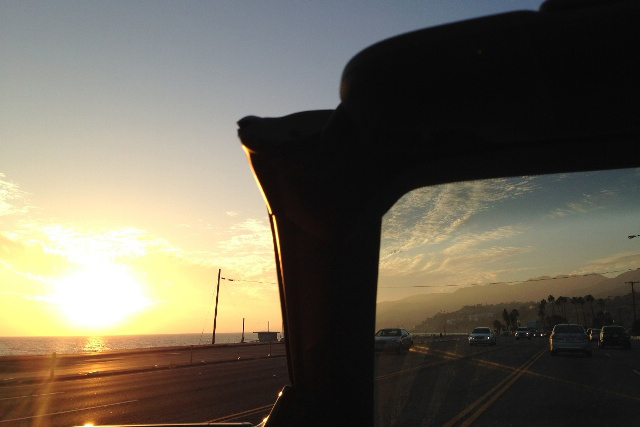 Being close to the Pacific Coast Highway is one of the best things about living in LA, and since the 500 Benz is doing a whole lot of this these days, I concluded late Tuesday afternoon that it was time for the two of us (that would be me and the Benz; mrs500benz is so not into it) to execute a PCH-centric driving loop.

So I put the top down and headed west, and yes, I know I owe you a "Things That Happened in June, July, August, September and October" post, but let's take this one step at a time and just talk PCH protocol for now. 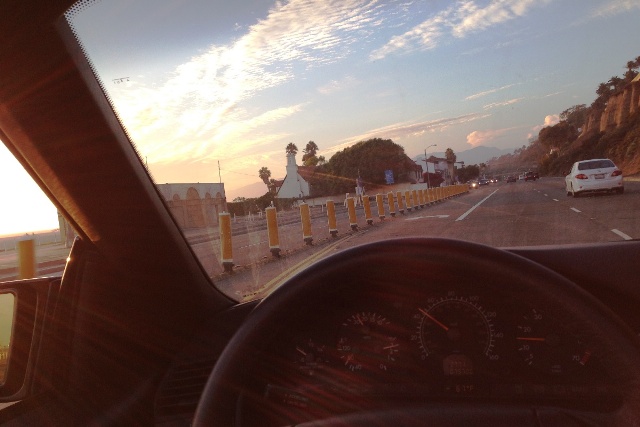 First things first, you hop on the 10 West toward Santa Monica, and from our new point of entry at Robertson Boulevard, it takes about eight minutes, Traffic Lord willing, before the 10 bends north under a bridge and promptly turns into the Pacific Coast Highway. I took this photo near that interchange; Santa Monica proper is up on the bluffs to the right, and the Santa Monica Pier is behind me to the left. 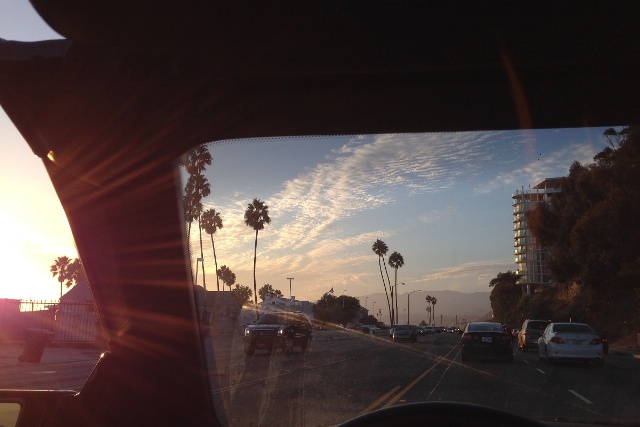 Still looking up at Santa Monica here. There's going to be a lot of traffic heading north on PCH during rush hour. I've made my peace with that. 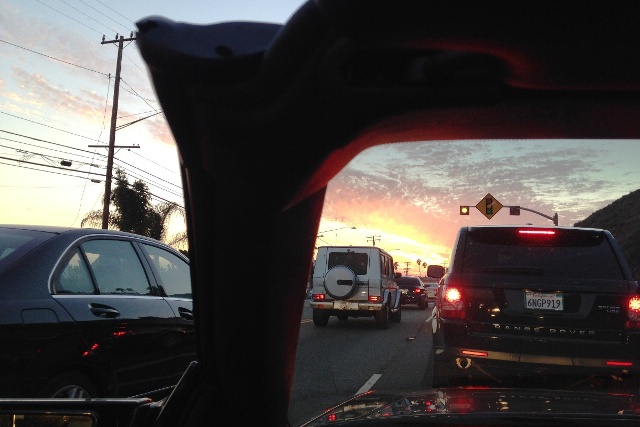 Somewhere in between Santa Monica and Malibu, a disabled vehicle in the left lane slowed traffic to a crawl, giving me a clear look at the G-Wagen and Range Rover Sport I'd been following. On this stretch of road, that's like following a Camry and a Malibu back east. Par for the course. Also, the sky was getting interesting, as tends to happen this time of year due to the peculiar phenomenon of clouds. 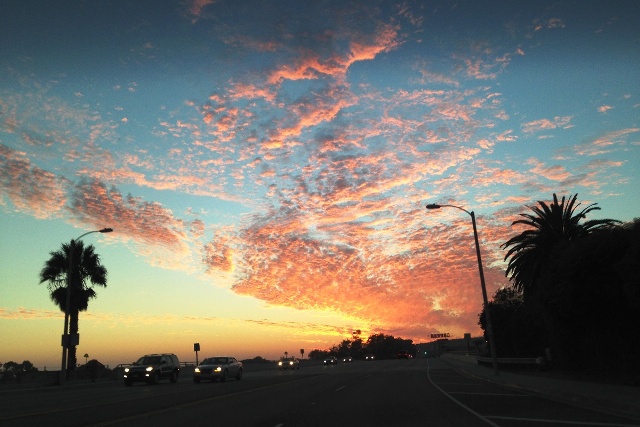 Downtown Malibu isn't much to look at, but PCH starts to hit its stride on the hill up to Pepperdine University. You need elevation on this road for maximum driving pleasure. 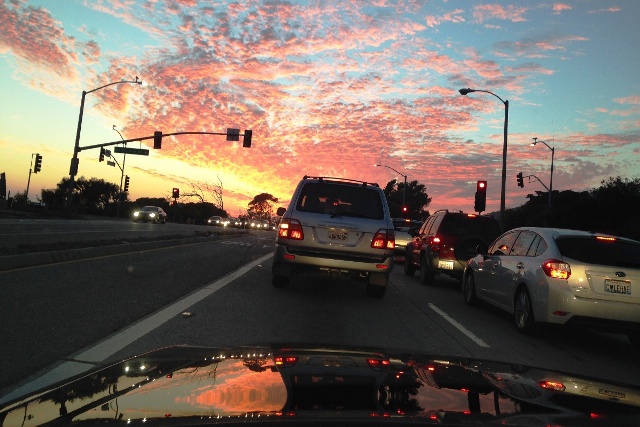 This is the intersection of PCH and Malibu Canyon Road, approaching the base of Pepperdine's enormous hillside lawn. mrs500benz can make fun of me all she wants for my propensity to wipe down the 500 Benz with a microfiber cloth after driving, just as long as she admits that the mirror-like hood reflection here would otherwise not have been possible. 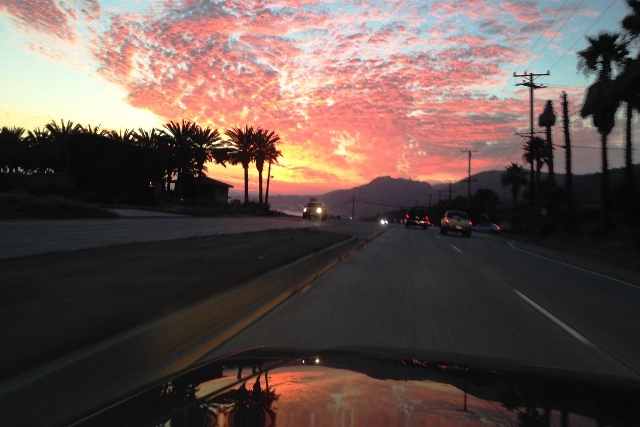 Ditto this reflection. We're almost at Malibu Seafood now, a fixture on my guest activities list. You miss all the good stuff if you turn off at Malibu Canyon. 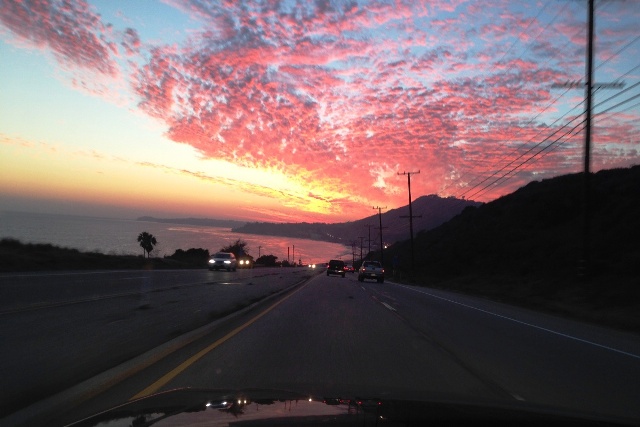 There's that elevation I was talking about. Much of the road from here to Oxnard is like this. 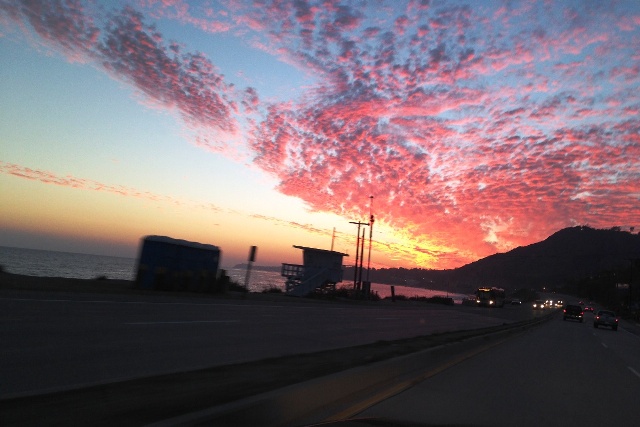 But Oxnard is unreasonably far away, so I called it a night after passing Zuma Beach (above). The bailout in this case is Kanan Road, which goes up over the hills to Agoura Hills/Calabasas and eventually hits the 101 Freeway. Kanan is an epic drive in itself, but it's thick with sheriffs, so set your speed accordingly. Then the 101 takes you to the 405 and back down into the LA basin, and by this point my right foot's pretty antsy, so I typically indulge in a relentless series of gratuitous acceleration bursts till I get home. I recommend you do the same. 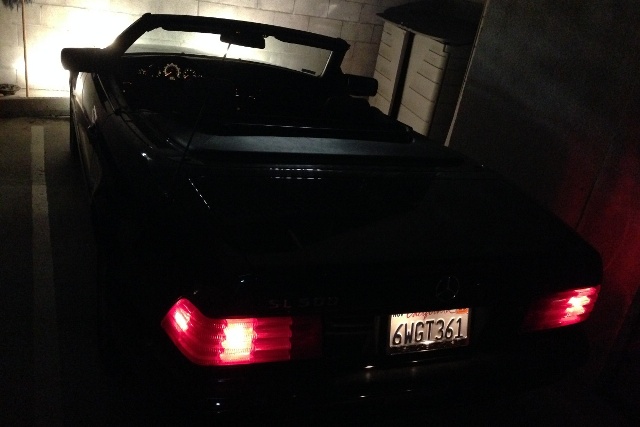 And there you have it—if/when you're local, one of the most engrossing 70-mile drives on the planet can be yours for the price of gas. Figure 15 cash dollars in my case. 500Benz.com calls it "the hottest deal in LA."

The account of your 70-mile loop brought back good memories, including Point Zuma surf, serpentine Malibu Canyon Road, and the endless PCH ocean vistas. The sunset was most worthy, especially captured in the hood reflections. Was passed by a top-down BMW sports car (Z4?) this a.m. on 95 in Portland, Maine. Its driver and passenger were decked out in down parkas and wool caps to counter the wind chill. Keep appreciating the more temperate southern CA environs for your drives!