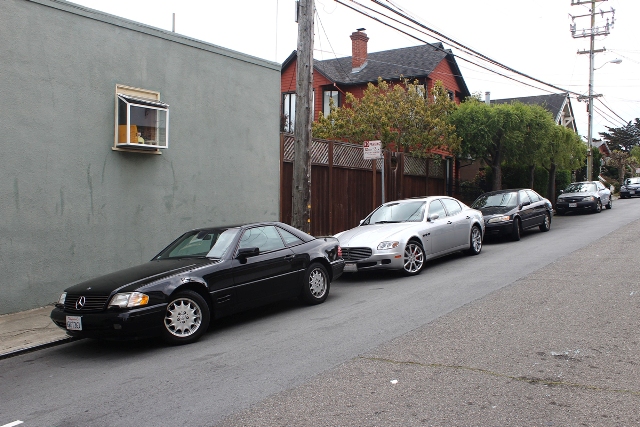 As it turns out, the aforementioned uncle500benz daily-drives a silver 2006 Maserati Quattroporte—you know, the one with the single-clutch automated manual transmission and detuned 4.2-liter Ferrari V8.

This was going to be a most excellent wine-tasting taxi. 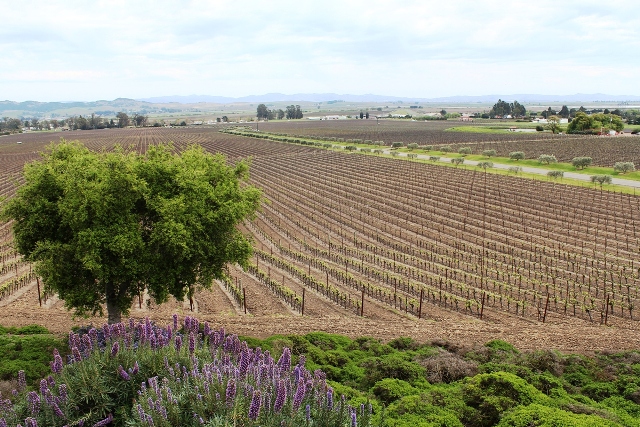 Since the four of us (there's a lovely aunt500benz as well, but we've got a bunch of aunts in the mix on both sides, so her 500Benz.com username is presently in flux) had planned a white wine/champagne trip with a wedding-bells kind of theme, our first stop was Gloria Ferrer, known equally for its fine sparkling wines and Sopranos-style New Jersey accents. 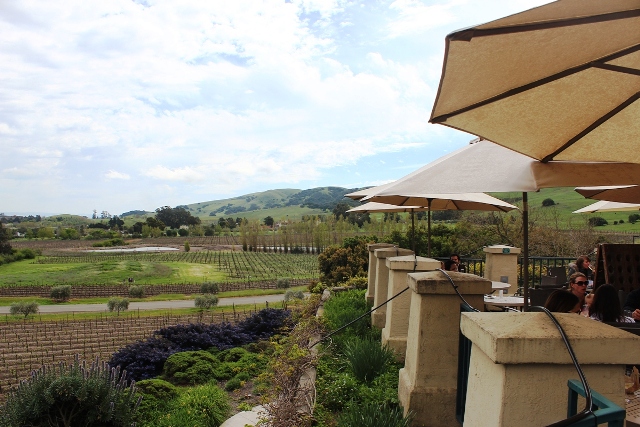 I actually hadn't been to Napa before this trip, but our hosts informed me that the one time I'd driven to Sonoma, I was just a few minutes from Napa. For some reason I'd always thought of Napa and Sonoma as geographically disparate, but they're really on almost the same route—Sonoma to the south, Napa to the north. Gloria Ferrer, for example, is technically in Sonoma but only like 20 minutes southwest of all the Napa action. 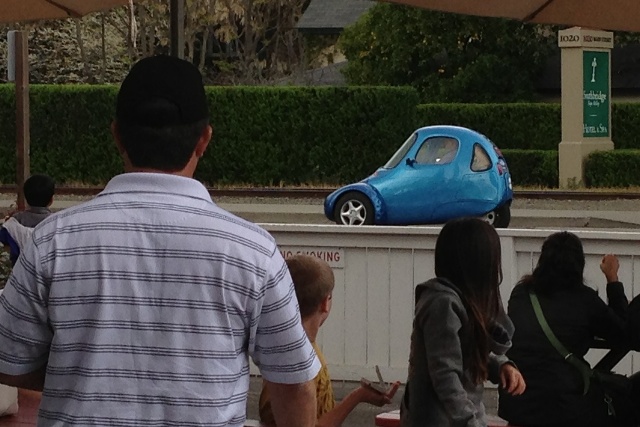 As we lunched on burgers and stuff at Gott's, this bubble car drove by, and I confess that Google and I have not been able to figure out what it is. I've submitted a request to Johnny Turbo, a.k.a. The Man Who Knows These Things, and will report back as soon as I have a positive ID.

UPDATE: As advertised, J. Turbo knows things. It's a Corbin Sparrow, he tells me, and judging by the photos on that website, it appears to be a "jellybean," not a "pizzabutt." There you have it. 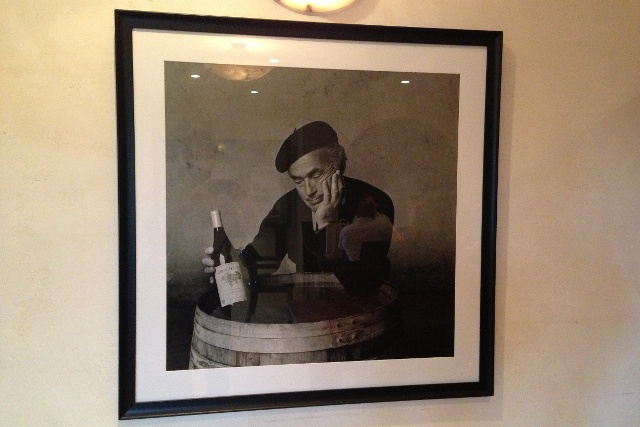 The other winery we visited was Grgich Hills, where our hosts are members in good standing. Their preferred status got us into a quieter, warmer tasting room in which I discovered that I like a Sauvignon Blanc variant called "Fumé Blanc"—and I really like the Yountville Selection 2008 Cabernet Sauvignon, which goes for a cool $150 per bottle.

Put differently, that Cab costs about two-thirds as much as the cruise control switch I never use. 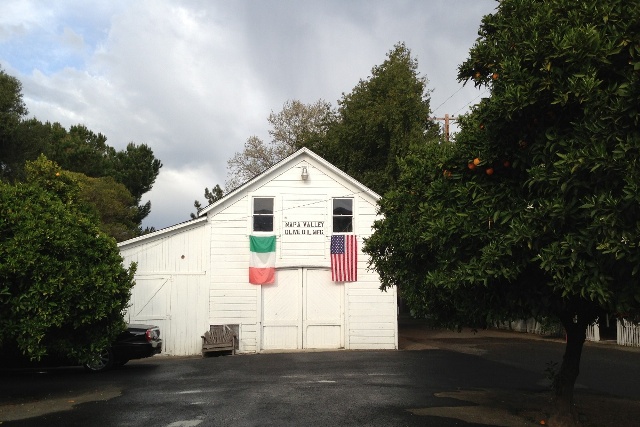 Somewhat predictably, but charmingly nonetheless, the Napa area is full of quaint little shops like this one. Also predictably, I'm even more attracted to that late-but-not-latest-model Jaguar XJ that's poking its ass out from behind the bush. 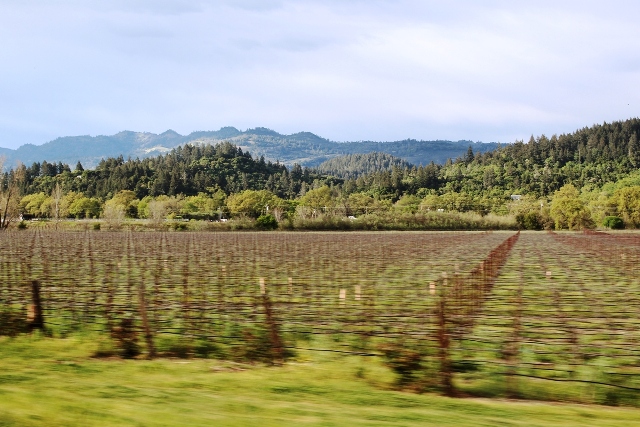 I don't personally find the main route through Napa to be especially scenic—kind of flat and homogeneous, is how I'd describe it—but things start getting groovy when you venture out to the Silverado Trail, a windy road that's up in the foothills a little. 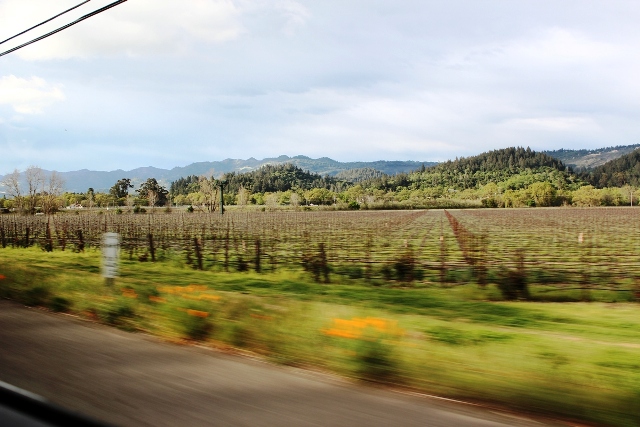 Here we're heading to Duckhorn, a winery just off the Silverado Trail. 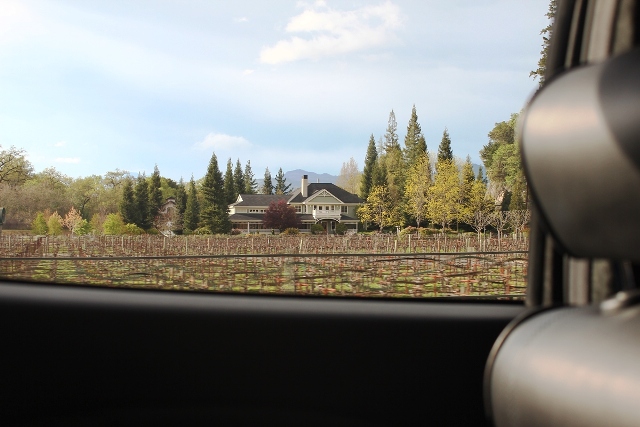 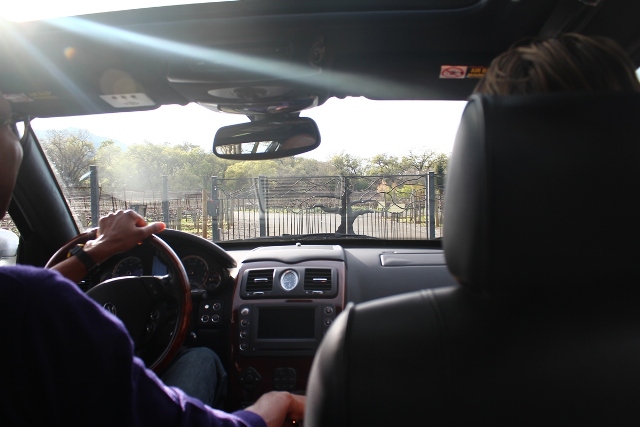 ...and sadly, it was closed, but my consolation prize was getting to drive the Maserati along the Silverado Trail for a while.

Driving impressions? Sure, I can do that.

Unlike most executive-class luxury sedans, which seem intent on hiding the fact that they have engines at all, the first-generation Quattroporte is dominated by its 396-horsepower, 4.2-liter V8. The Ferrari-built motor barks at ignition, quivers impatiently at idle, and sings a full-throttle arioso that, combined with handling that's more 5 Series than 7 Series, puts this car in a class of one. Who cares that you have to lift off the gas between upshifts like you're in a Smart ForTwo? Because you're not in a Smart; rather, you're in possibly the closest thing to a driver's car this segment ever saw. Say all you like about the version-1.0 navigation system, the oddly lumpy driver-seat thigh support, the old-school CD magazine that pops out from underneath the steering column(!)—if you prefer driving to being driven, there's the Quattroporte, as far as I can tell, and then there's everything else.

Pity, then, what they've reportedly done with the new one. Maserati went hard after drivers the first time around, but apparently there weren't enough left to warrant a sequel. 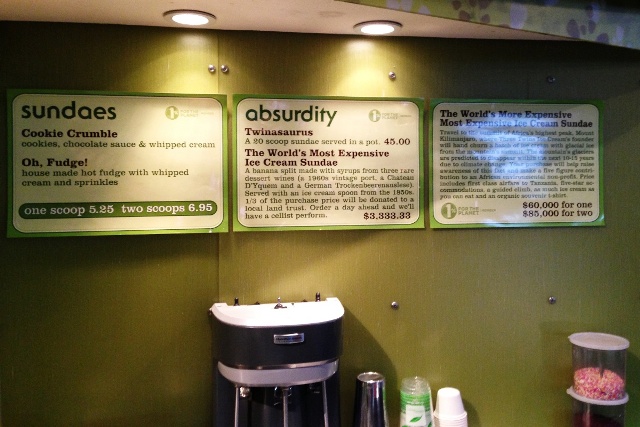 My highly enjoyable stint in the saddle ended at the Oxbow Public Market, which is basically the nicest food court in the world. I think these signs at the ice-cream stall pretty much sum it up. 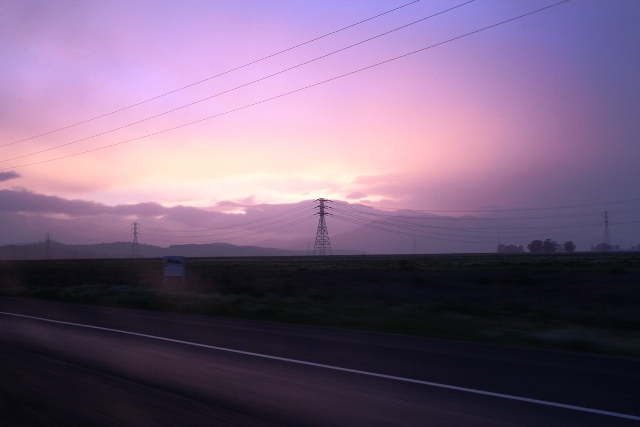 On the way back to the city, I dialed in a perfect rear-seat riding position via the four-way power-adjustment switch (bottom cushion up/down, seatback fore/aft), and the eerily beautiful sunset gave me a firsthand reminder of the magic that a few clouds in the sky can work (it's easy to forget this in generally cloudless LA, and yes, you can cue the sarcastic Chinese violins). I'm still a SoCal man, but you gotta hand it to the Bay Area for its natural beauty. I can maybe see having a change of heart someday.

More pressingly, however, the missus and I had about 425 miles of sweet road-trip driving in front of us the following morning, and in keeping with the weekend's theme, Santa Barbara's Santa Ynez wine country was on the itinerary. As much as I appreciated the Quattroporte interlude, I couldn't wait to get back behind my pre-millennial wheel and dip into the 500 Benz's 14 extra pound-feet of torque.