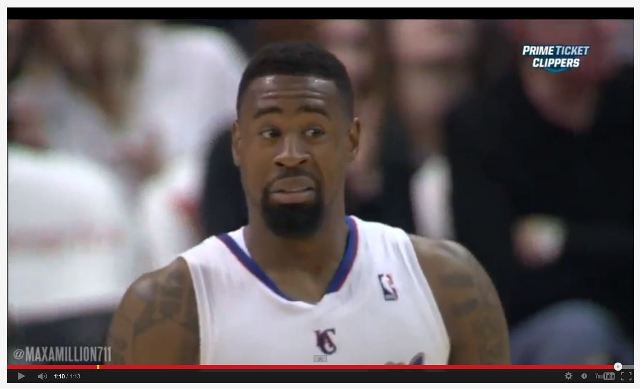 That's what DeAndre Jordan thinks about all this Puerto Rico stuff, perhaps echoing the sentiments of some of you Benzitos out there.

So how about you all just watch the Day 5 video below, take a deep breath, and brace yourselves for a renewed onslaught of often-daily content that's at least tangentially related to the 500 Benz.

0:19—As you'll see if you follow the YouTube link, I had to acknowledge that I used "third-party content." It's Shakira's fault. Google has apparently devised a method of scanning videos for copyrighted material (it's gotta be the text, right? my mind would be blown if it were audio-based), but of the four songs I explicitly labeled in the video, only "She Wolf" got noticed. No indication yet that anything inconvenient will come of my "acknowledgement." I mean, I would hope not; we do a pretty good job with that song, if I do say so myself.

3:07—That cliff wall on the right was considerably more interesting in person. Don't worry, this segment ends in, uh, 27 seconds.

3:36—Point being, there seems to be some genuine grassroots pro-U.S. sentiment around Puerto Rico. Says a guy who was there for five days...but I did keep getting this impression.

3:50—If you're losing interest, focus! Something weird's about to happen!

4:58—Massive on-ramp pothole notwithstanding ("Heyyy!" she says), Puerto Rico's highway system is really quite impressive by Caribbean standards. They can definitely thank Uncle Sam for that one.

5:30—I say "inexplicable," but charitably, perhaps they saw me bearing down on them in my big bad Mustang at whatever mph and got scared.

So that was Puerto Rico.

Back to authentic 500Benzlife in the next post, I'm not even kidding.