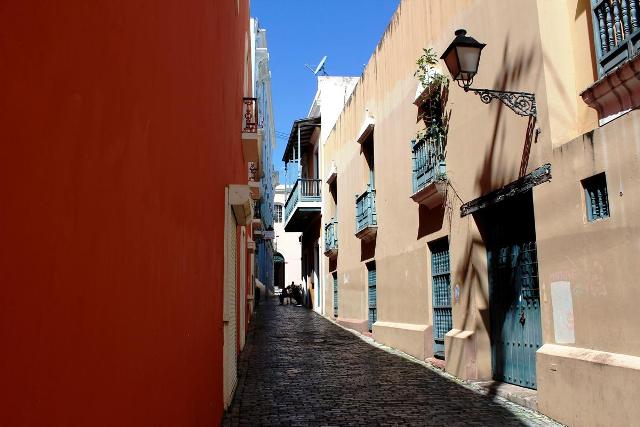 So after I picked mrs500benz up at the airport on Wednesday evening, took her to a highly civilized restaurant on the beach, and introduced her to her twinkly new companion, we headed back to La Concha for the night, having booked the following two nights at Villa Tropical in two-hours-distant Isabela.

That meant we had to get to Isabela by roughly dinnertime on Thursday, but before we left, we managed to do justice to Old San Juan, which is one of my new favorite places in the world...and I also mounted the GoPro to our 2011 Ford Mustang V6 Convertible's trunklid for some exciting San Juan driving footage.

Let's do the video first, since you'll probably be tired of this post by the end of the photos. If you're on the fence already, consider that the video features an inadvertent detour through residential San Juan and an Eazy-E song.

Do as you will. 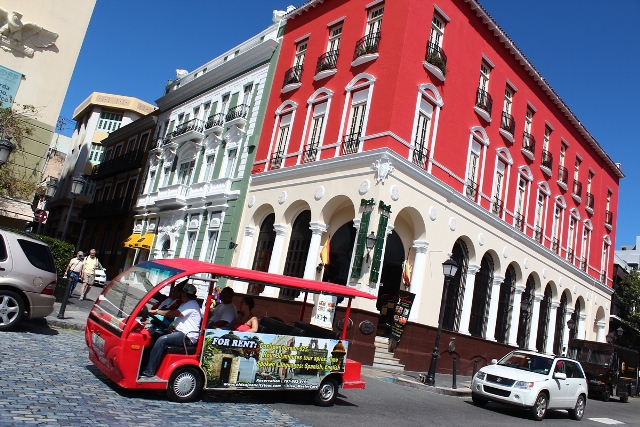 Old San Juan's combination of Spanish architecture and Caribbean pastels is quite beguiling. 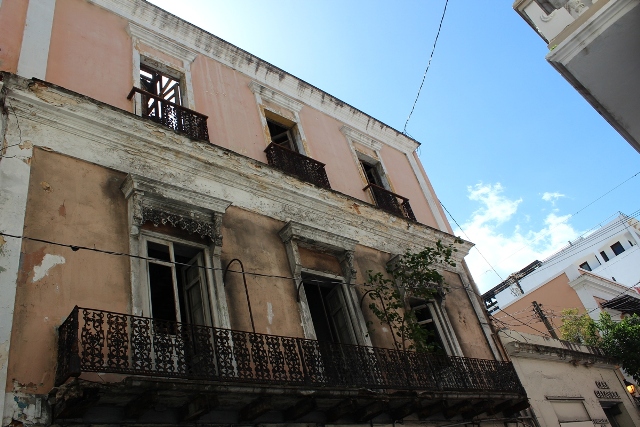 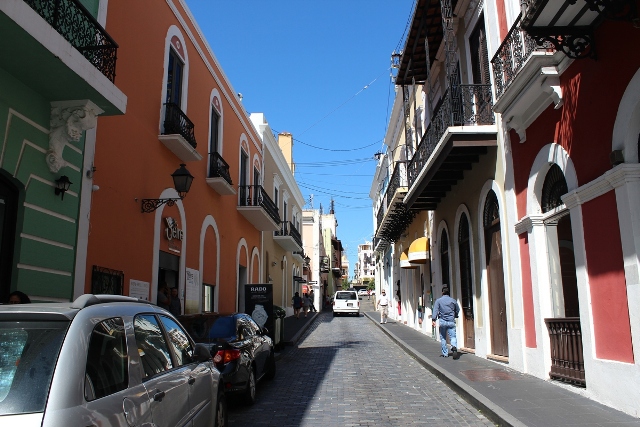 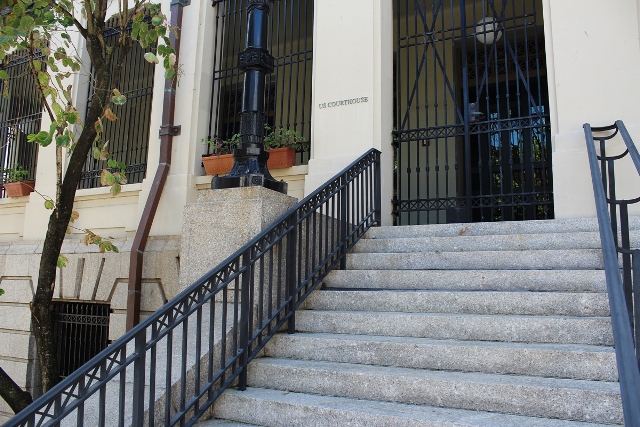 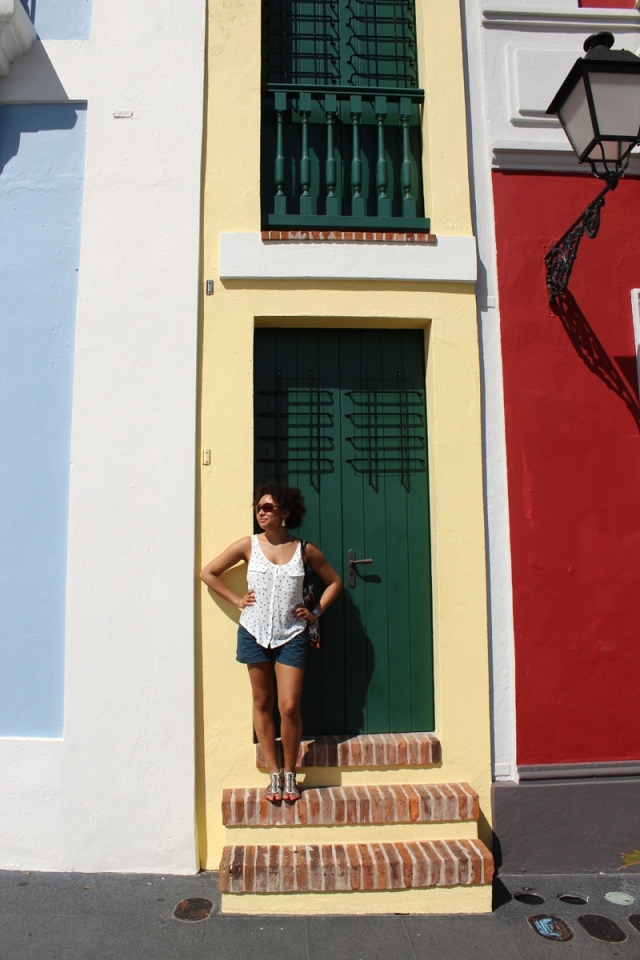 mrs500benz taking the whole scene up a notch. 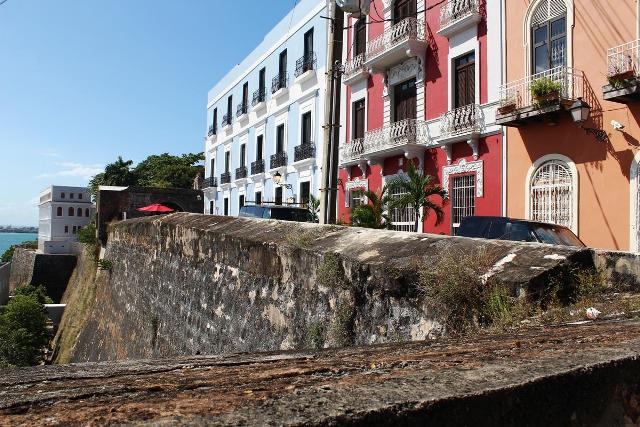 This lovely corner of Old San Juan is framed by the walls of a fort that dates to 1625. Yep, 1625. Apparently the Dutch attacked that year, and Spain decided it was time for a new fort. 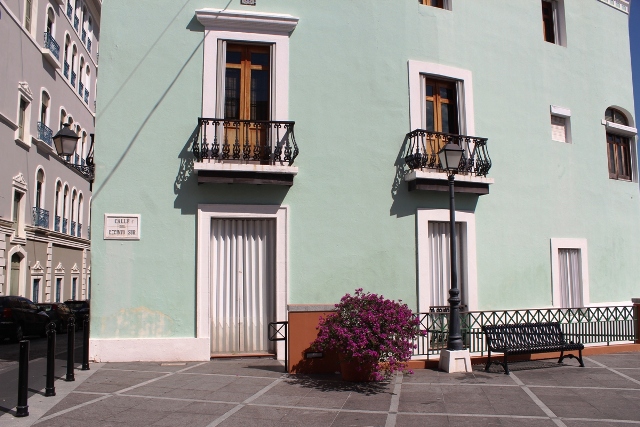 It's an incredibly clean, quiet, well-preserved/restored area. Reminded us of Florence. I want to live there. 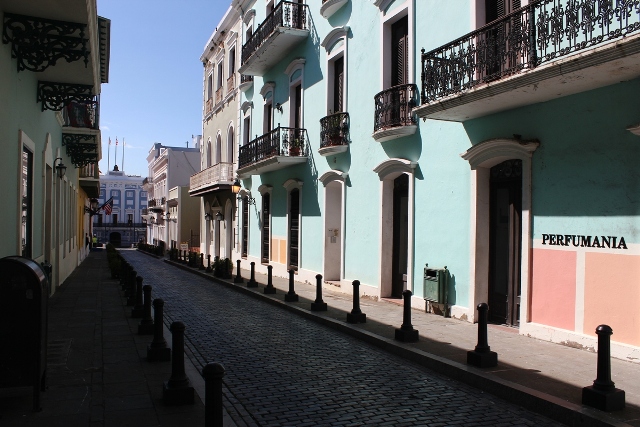 The blue building at the end of the street is where the Governor of Puerto Rico lives. 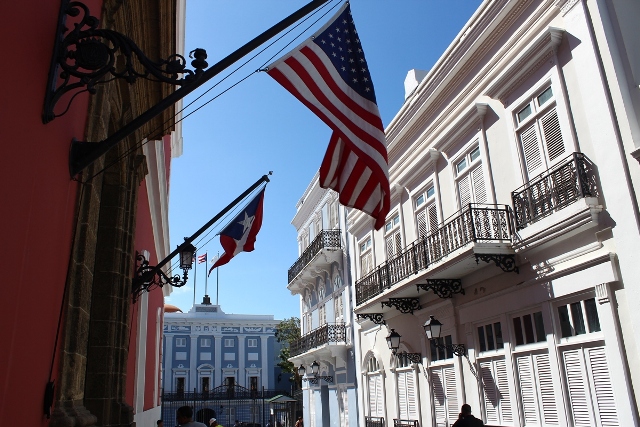 You can see the stars and stripes flying alongside the Puerto Rican flag here, but the American footprint really isn't as prominent as I expected. Certainly, many of the trappings of modern American life are present—strip malls, fast food, mega-lane highways, Walmart—but English is not widely spoken outside the cities, and there's generally an independent, international vibe in the air. It's a neat place. 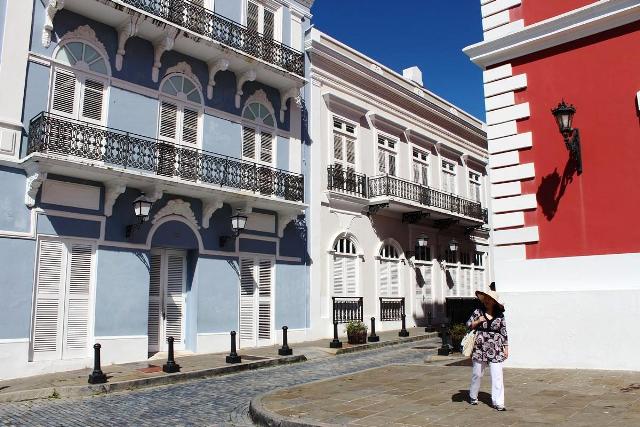 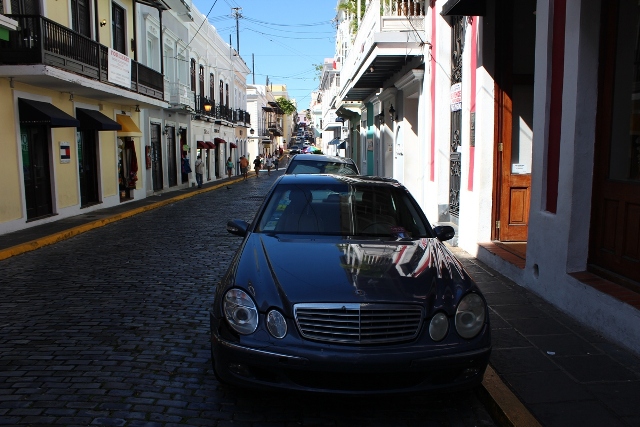 I didn't see a 500 Benz the whole time, but I did come across this worn-down E320. Most of the exterior was dented or falling off, or both, but the car's noble spirit was felt by all. 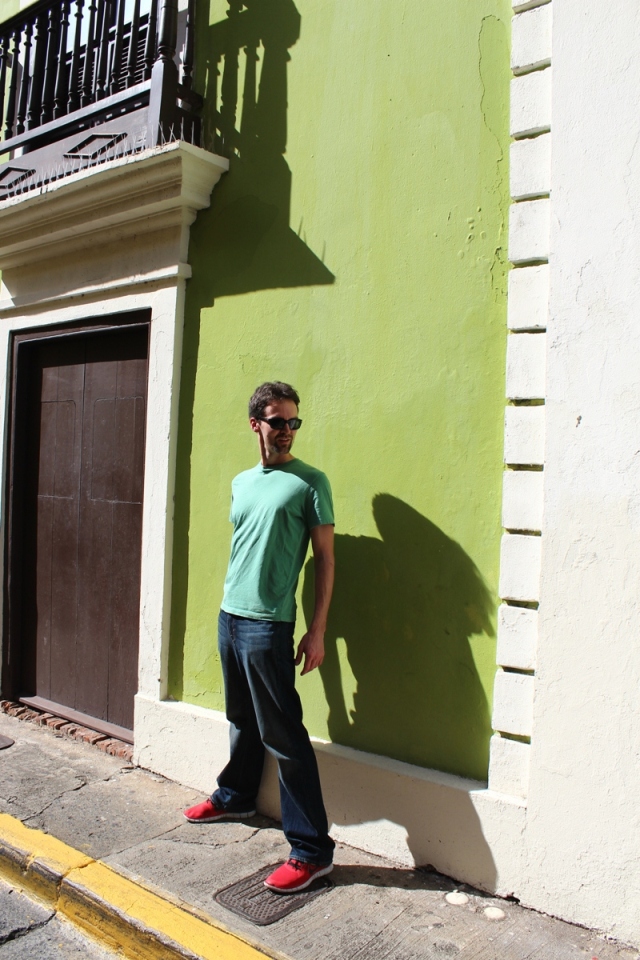 Someone was watching me, obviously. 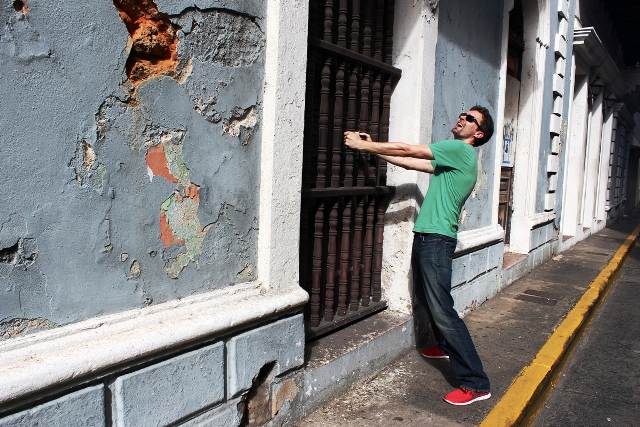 But there was nowhere to hide! And my hands got filthy from gripping that thing. 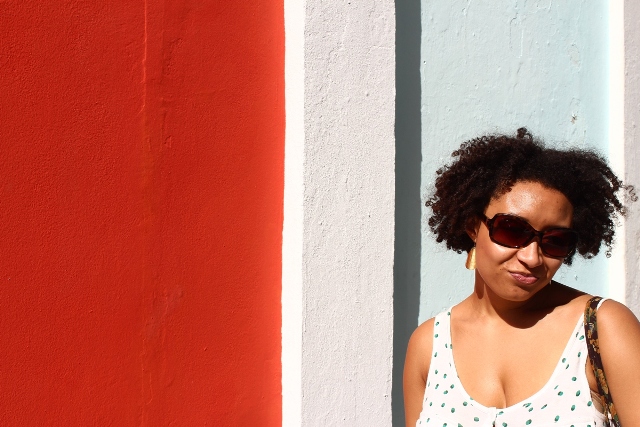 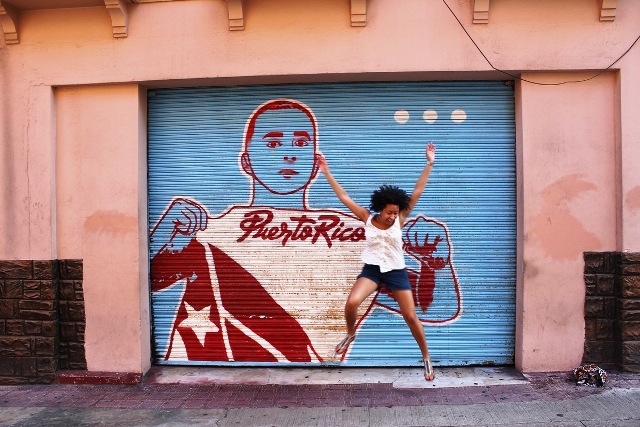 It was nice of this handy mural to present itself as we wandered through Old San Juan. That's mrs500benz at full vertical. 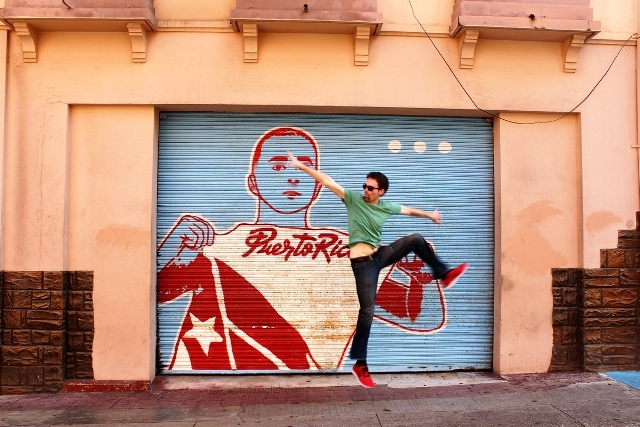 She inexplicably didn't bust out the Street Fighter II moves, but I sure did. 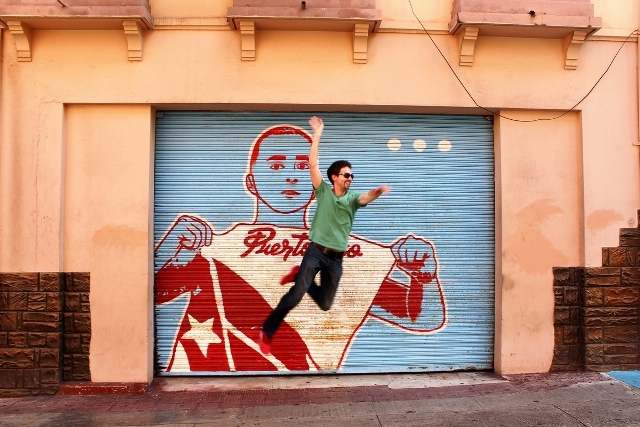 I think this is the one where Zangief kind of jumps up and bops you on the head. 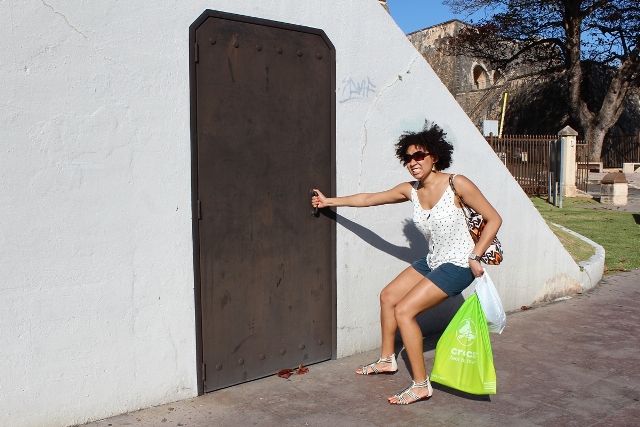 Then mrs500benz insisted that she needed to open this door.

And then...we drove to the beach! To be continued!

Point taken, but the problem with the Dhalsim comparison is that when he's in midair, his arms usually point down toward the ground.

This won't address your body-type concern, but on further review, I think my form is closest to E. Honda's "diagonal jump heavy punch," shown here:

the pics show real craftsmanship, but your Street Fighter II reference was way off. Your build and jumping extension there had Dhalsim written all over it: http://iplaywinner.com/dhalsim-ssf4