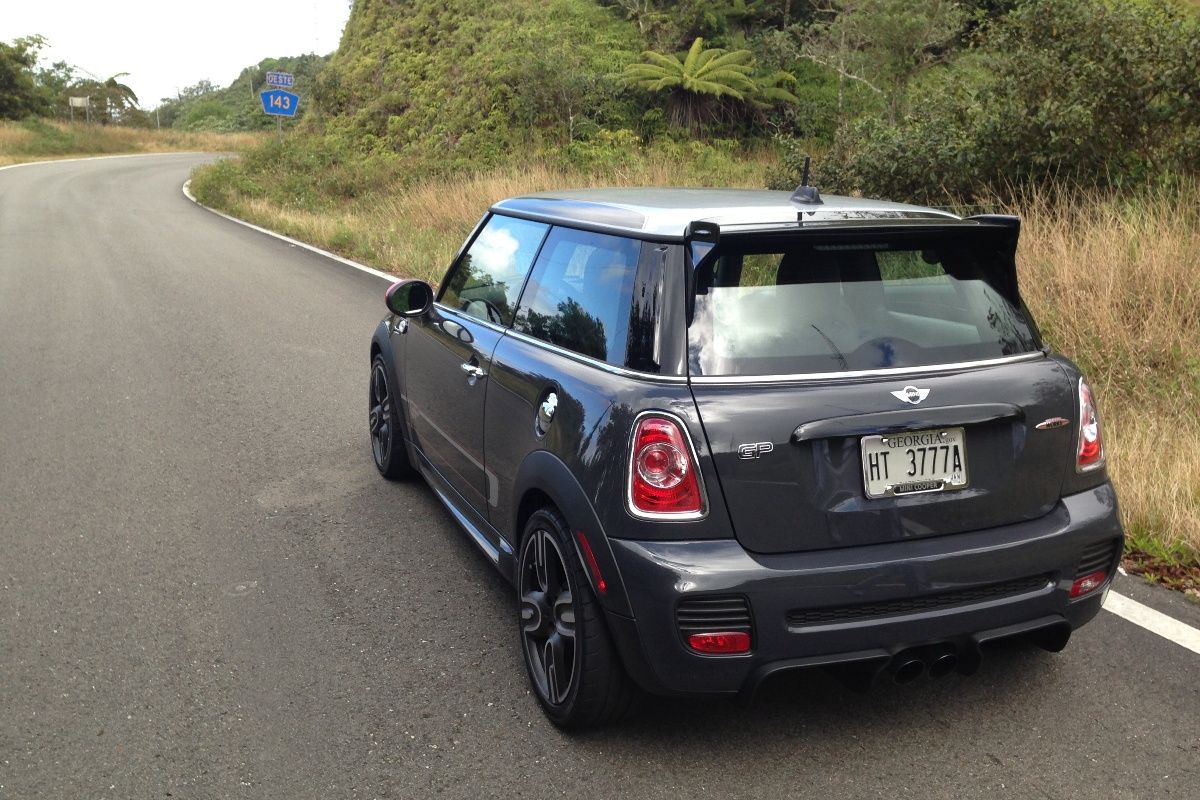 We rose early on Day 2 for an outdoor breakfast in the Plaza Las Delicias (see Day 1, above, for background), and then it was time to pick a Paceman and head for a coffee plantation in the mountains, where we understood a few 2013 Mini Cooper S John Cooper Works GPs were waiting to amuse us.

As such, there are two, count 'em, two videos in this post, Benzitos: one for the Paceman drive, and one for the few hot minutes I spent driving that GP around.

Here's the Paceman portion of the trip. I've been told the video may be a tad indulgent in terms of running time, and I've replied, "Dude, you should see my basketball video." But in case you agree, here are some highlights so you can skip around if you want:

1:14—I muse aloud about mid-corner mirrors on narrow roads.

2:12—I pass a dump truck and assess the pairing of Mini's venerable 1.6-liter turbo four with the Paceman ALL4's 3,260 pounds of German muscle.

2:44—Two locals stare at us as we motor by in our deep blue Paceman. I run it back in slow motion for your viewing pleasure (it won't be the last time).

3:03—We pass a guy who's standing in the middle of the other lane and watering it with a garden hose.

4:09—I discover that the Paceman ALL4 feels pretty composed while inadvertently sliding through hairpin corners.

5:49—I give the Paceman a gentle workout.

Basically you should just watch the whole thing. 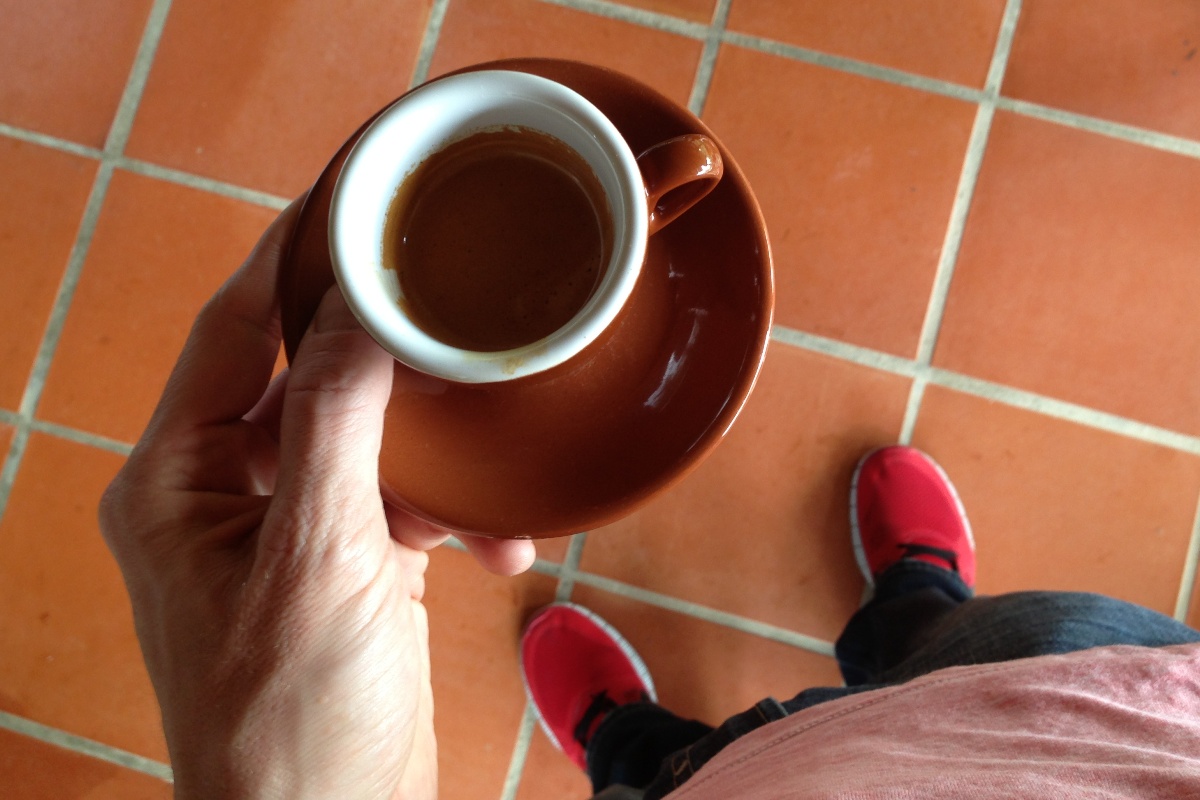 Anyway, eventually we made it to the plantation, where we drank some exquisite coffee (one of the British Mini reps deemed it as smooth as tea). 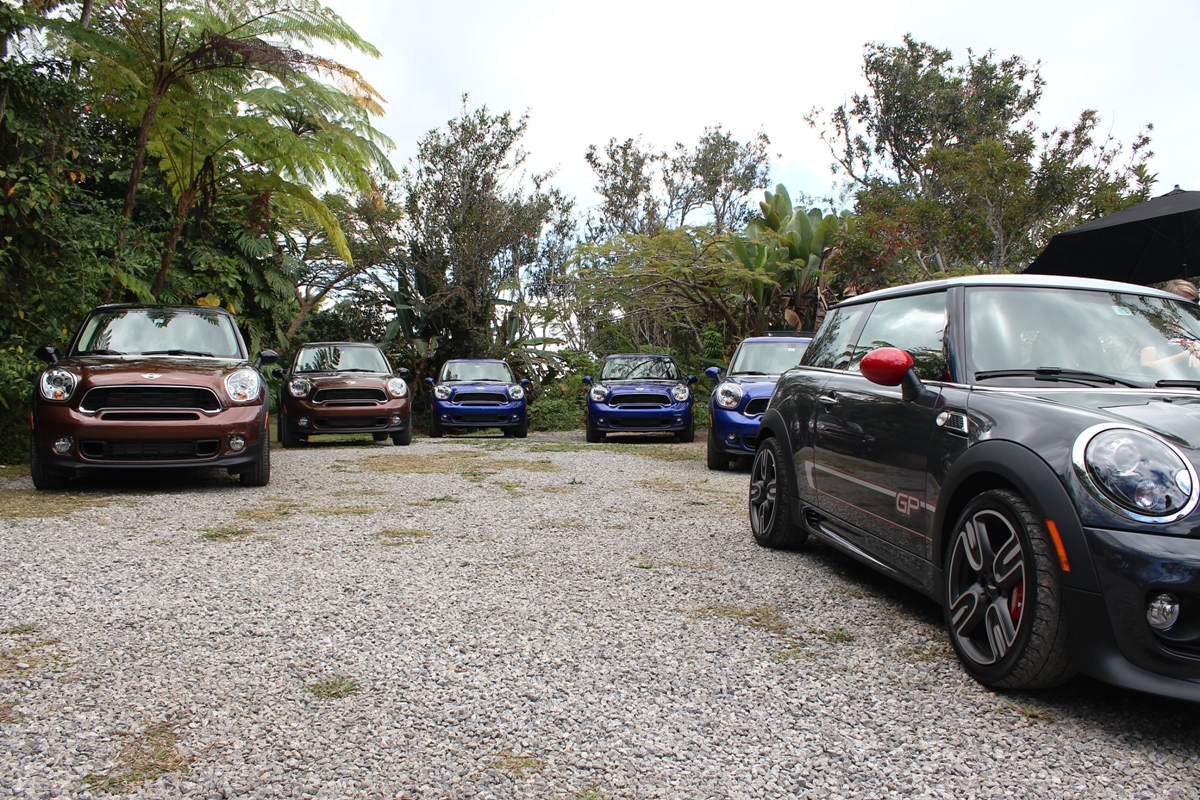 Then we lined up to drive the best damn Mini money can buy: the limited-production, $39,950 2013 John Cooper Works GP.

The GP driving loop was five miles up a mountain ridge and five miles back. I'm not giving you any highlights for this one, because you're going to be glued to your screen for the whole 3:16.

And that was effectively the end of the Mini event, unless you count the subsequent highway slog to San Juan. I don't, aside from my discovery that motorists in Puerto Rico are often invited to overtake via the oncoming passing lane of a two-lane "slower traffic keep right" setup, as seen here: 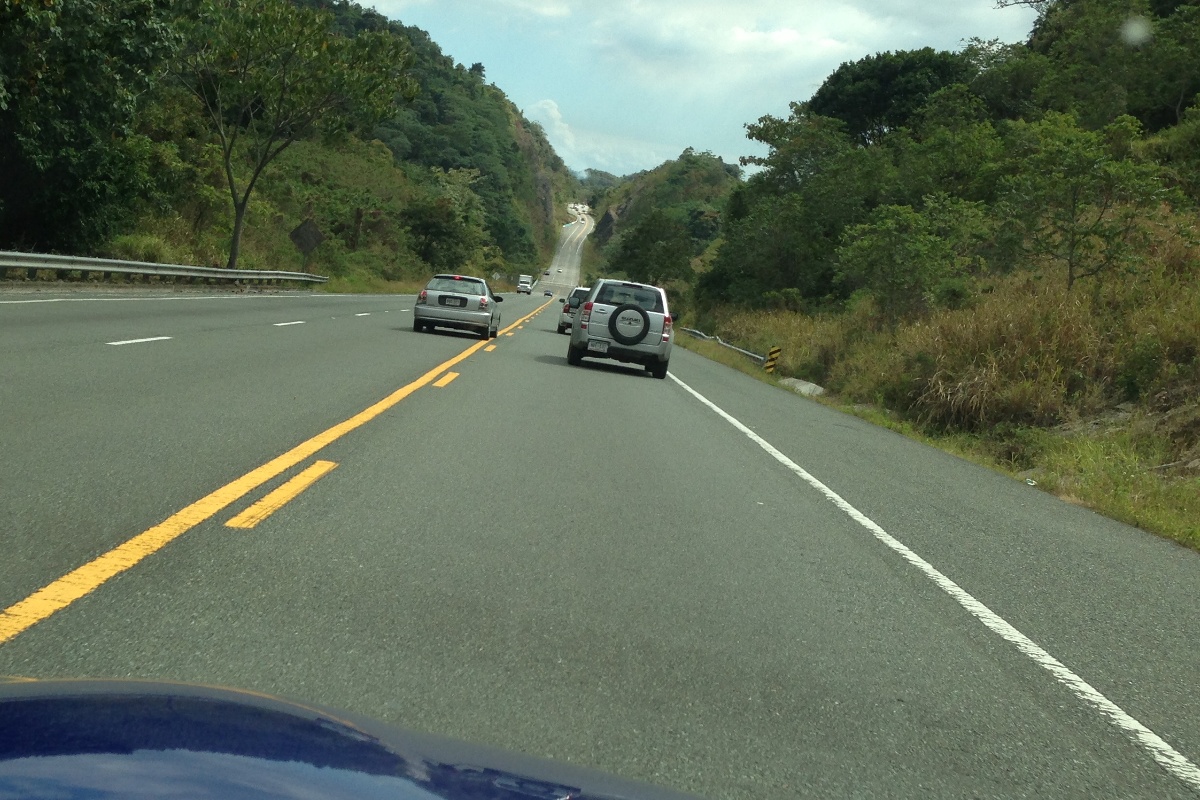 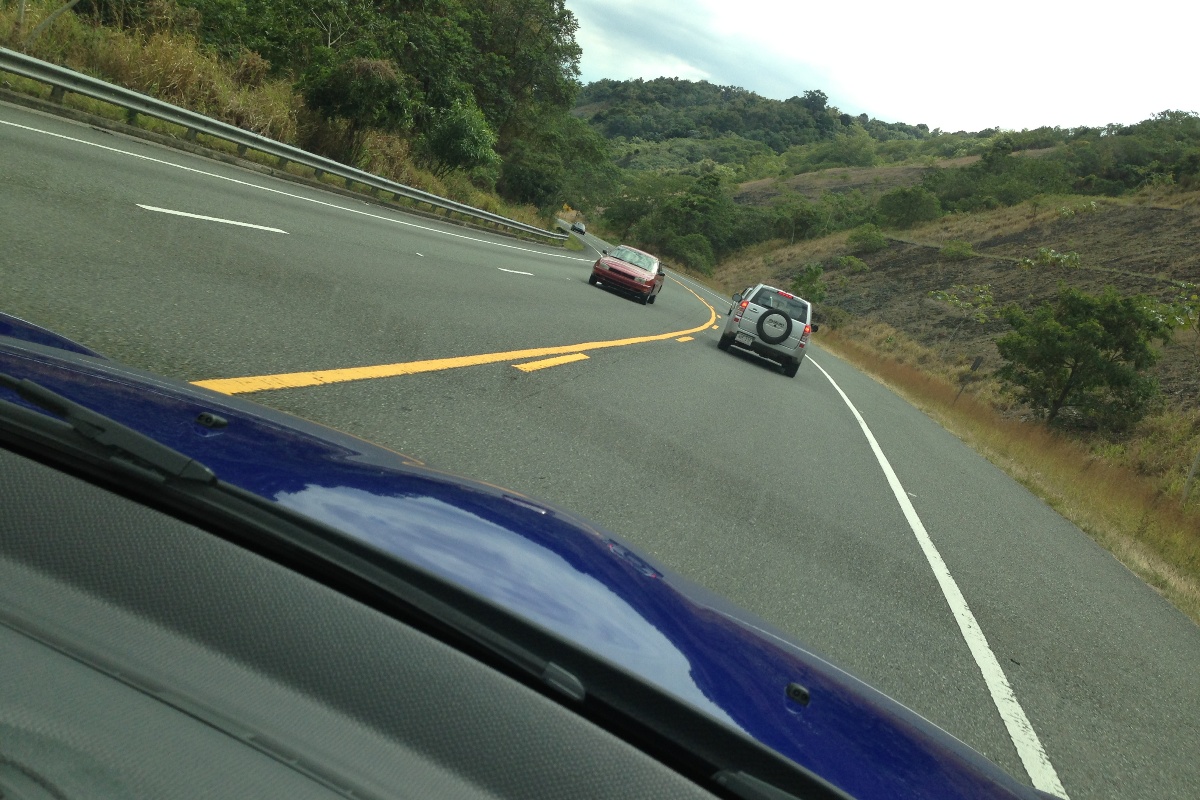 A bit risky for my blood. Anyhoo, the journalist at the wheel had a flight to catch, so other than the killer passing zones and randomly seeing two C55 AMGs, that part was all business.

No complaints here, though. The event had been a blast, obviously, and I had a hotel room waiting for me near the airport, where I'd be picking up my soon-to-be-fianc&#233e at 10pm. Got to the hotel around 5pm, took a shower, and promptly fell asleep for four hours.

Soon thereafter, I was on my way to the airport with a black Mustang convertible beneath me and a twinkly rock in my pocket.