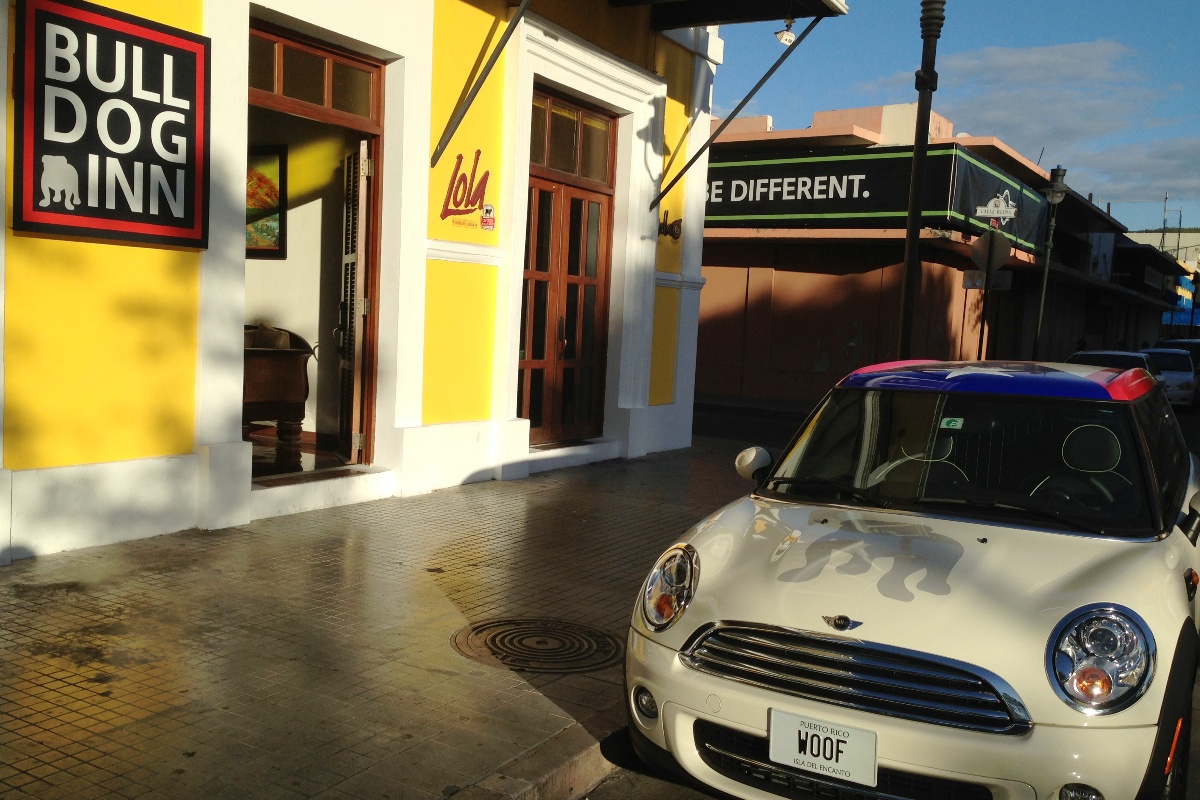 When I first perused the itinerary for last week's Mini Paceman press event in Puerto Rico, I found it odd that the Bulldog Inn, our lodging for Tuesday night in Ponce, was not known to Google. Then I noticed the following fine print in a separate email:

During the event, we will be staying at the "Bulldog Inn," a local property in the square of Ponce that has undergone MINI you-ification for this event.

Yep, Mini was going to commandeer some random hotel and redecorate it just for us—a power move that would really set the tone for the rest of the trip.

First I had to get there, though, which involved a red-eye from LA to Fort Lauderdale on Monday night and a connecting flight to San Juan that arrived late Tuesday morning. The island looked pretty interesting on the way in—American-style highways, turquoise waters, modern high-rises towering everywhere except on the pastel-tastic peninsula of Old San Juan—so I hooked up the GoPro and recorded the landing (above) for posterity.

I was on the ground just long enough to grab lunch, and then it was back to the air in the smallest plane I've ever been on: a nine-passenger Cessna 208, chartered by Mini to take us south over the mountains to Ponce. Didn't exactly have the stability or sound-insulation of a commercial jet, but I enjoyed watching the pilot wrestle with the yoke, especially during the pillow-soft landing (listen for gentle tire-chirps starting at 2:17). There's some serious skill involved there that we don't usually get to appreciate. 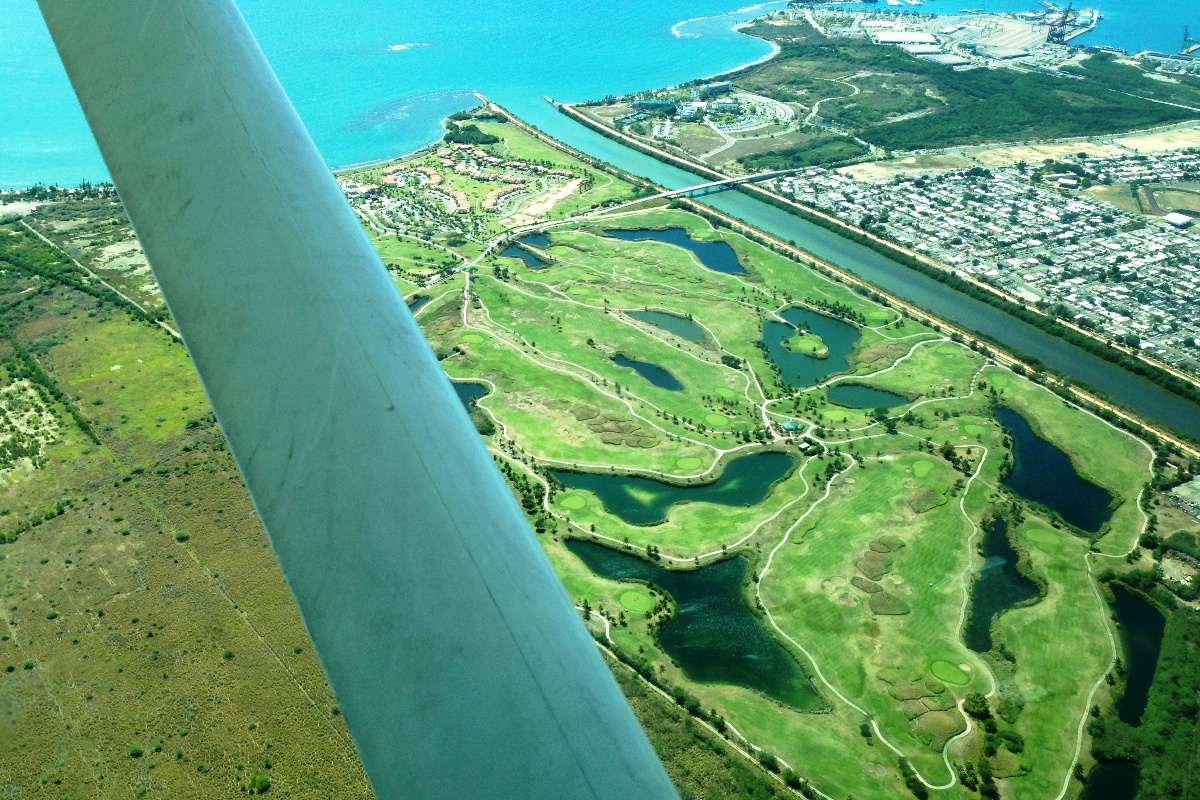 I believe this is the golf course at the Ponce Hilton. Alas, my clubs were in the 500 Benz's trunk at a different Hilton. Dude, nice island green. 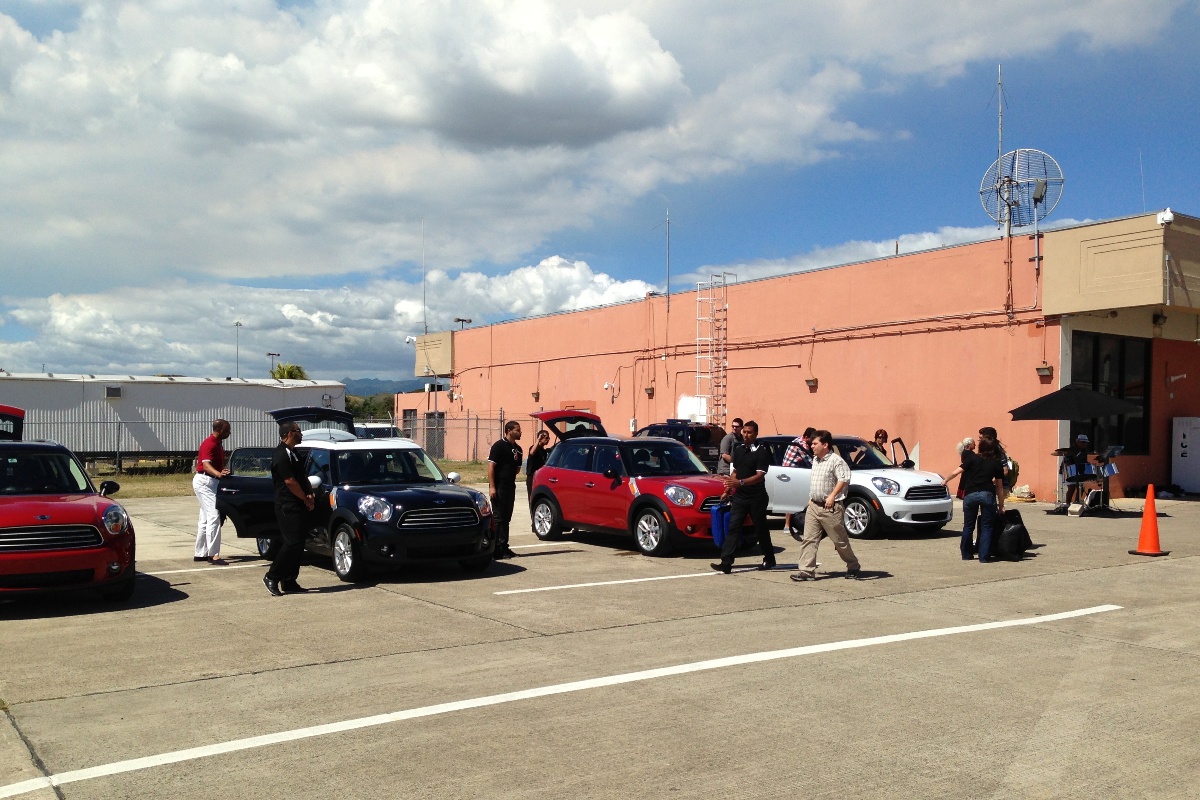 A squadron of Countrymen had been dispatched to the tarmac as courtesy shuttles to the hotel. As noted, the event was for the new Paceman—basically a two-door Countryman, or a low-budget Range Rover Evoque, if you like—but I believe those were busy being driven back to San Juan by a previous wave of journalists.

There was also a guy conveniently playing steel-drum exit music (far right) as we deplaned. 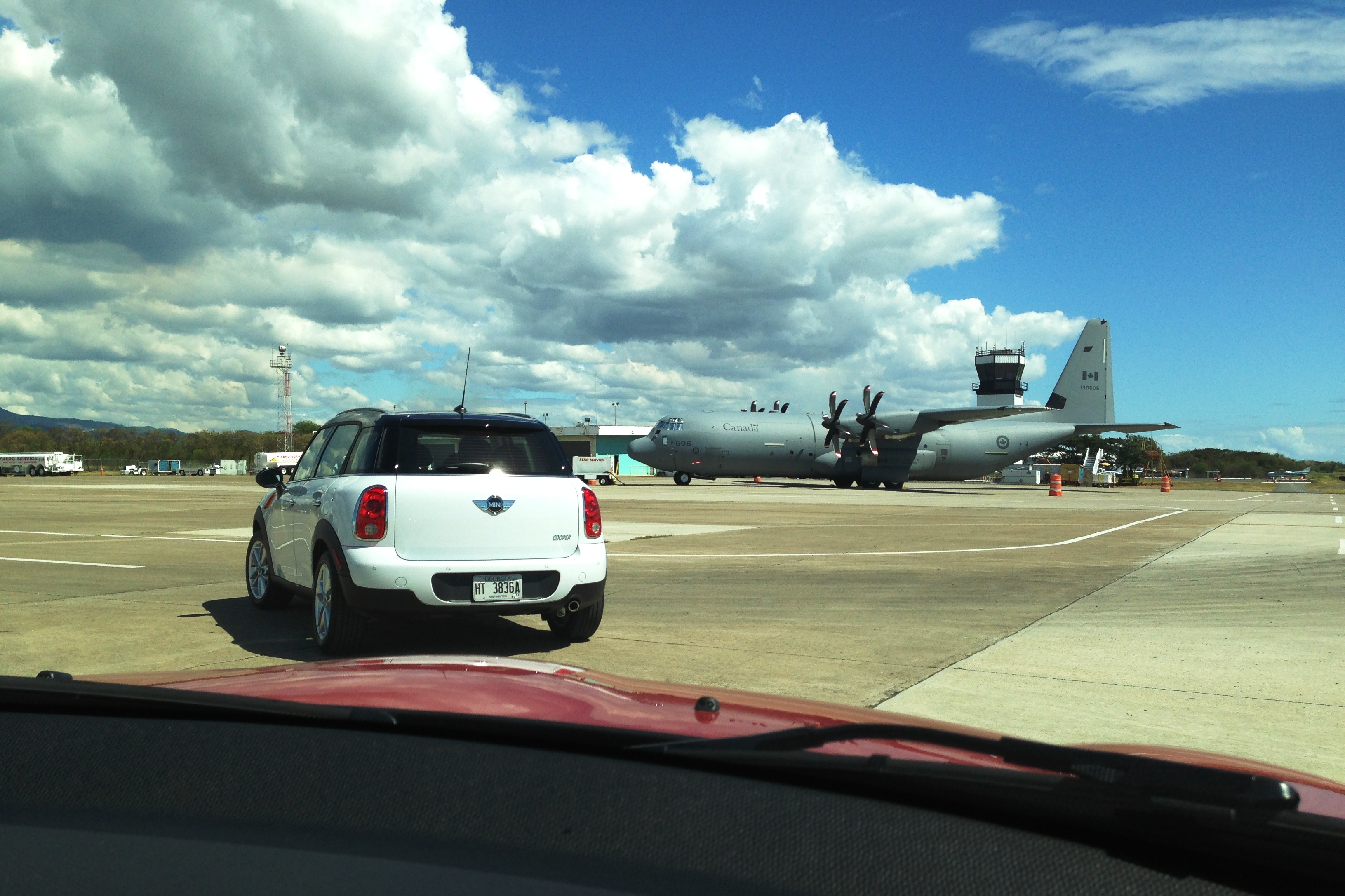 No one's going to mess with Ponce, because they've got what appears to be a C-130 Hercules. And it's from Canada. 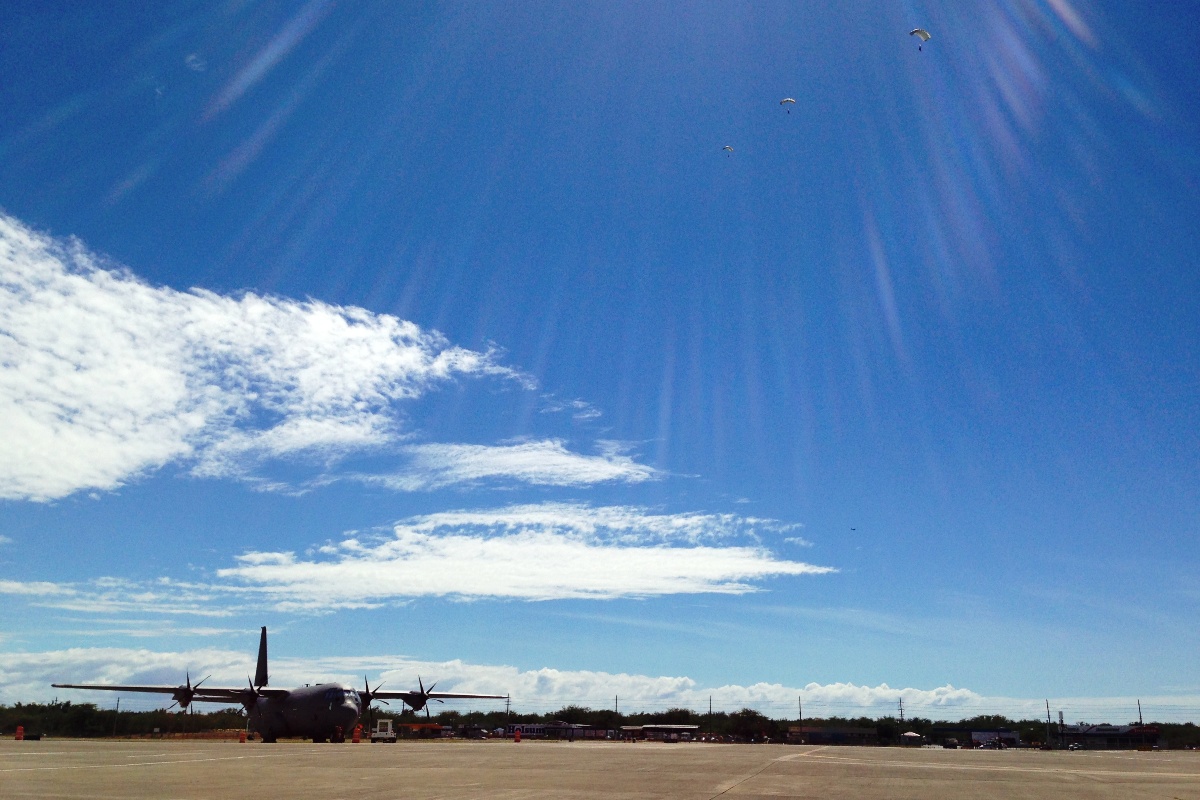 Note the three parachuters floating into the frame (top right). Unclear what they were doing there; I asked my Countryman driver, but he didn't speak English, a surprisingly common issue given that Puerto Rico has been ruled by the U.S. since, what, 1898? 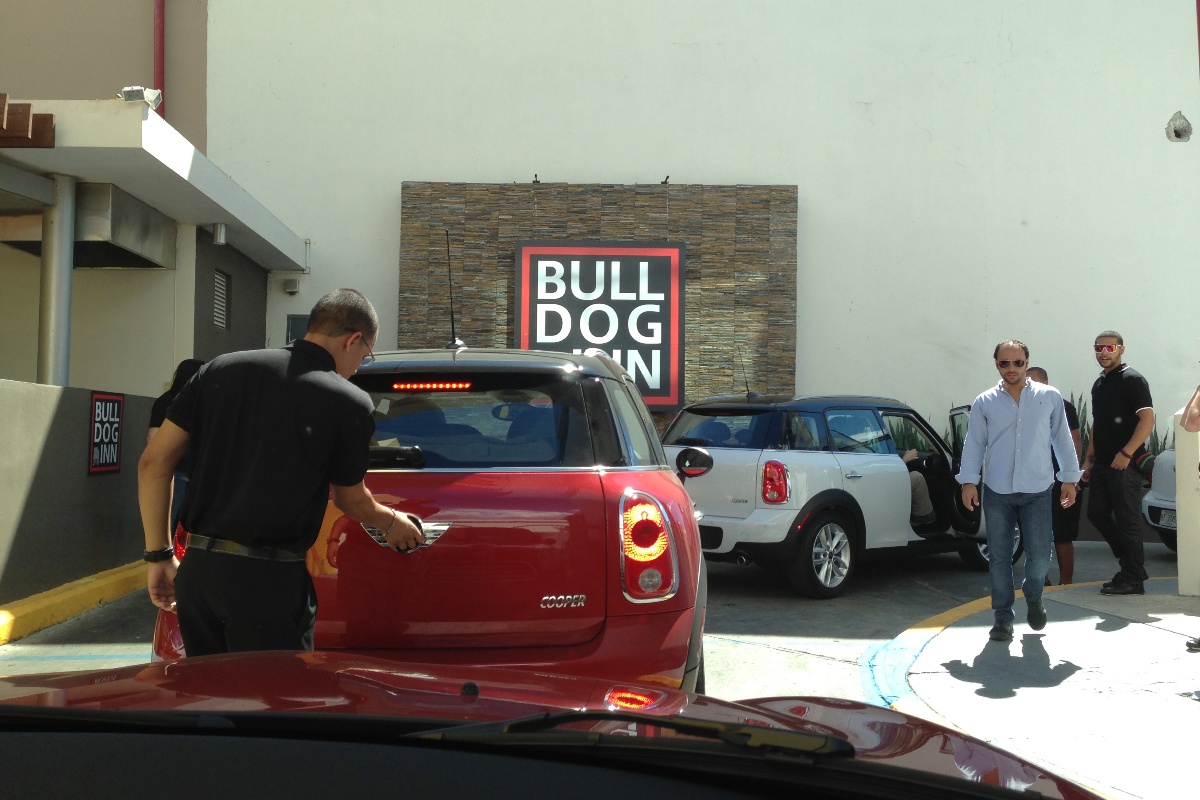 Welcome to the "Bulldog Inn." 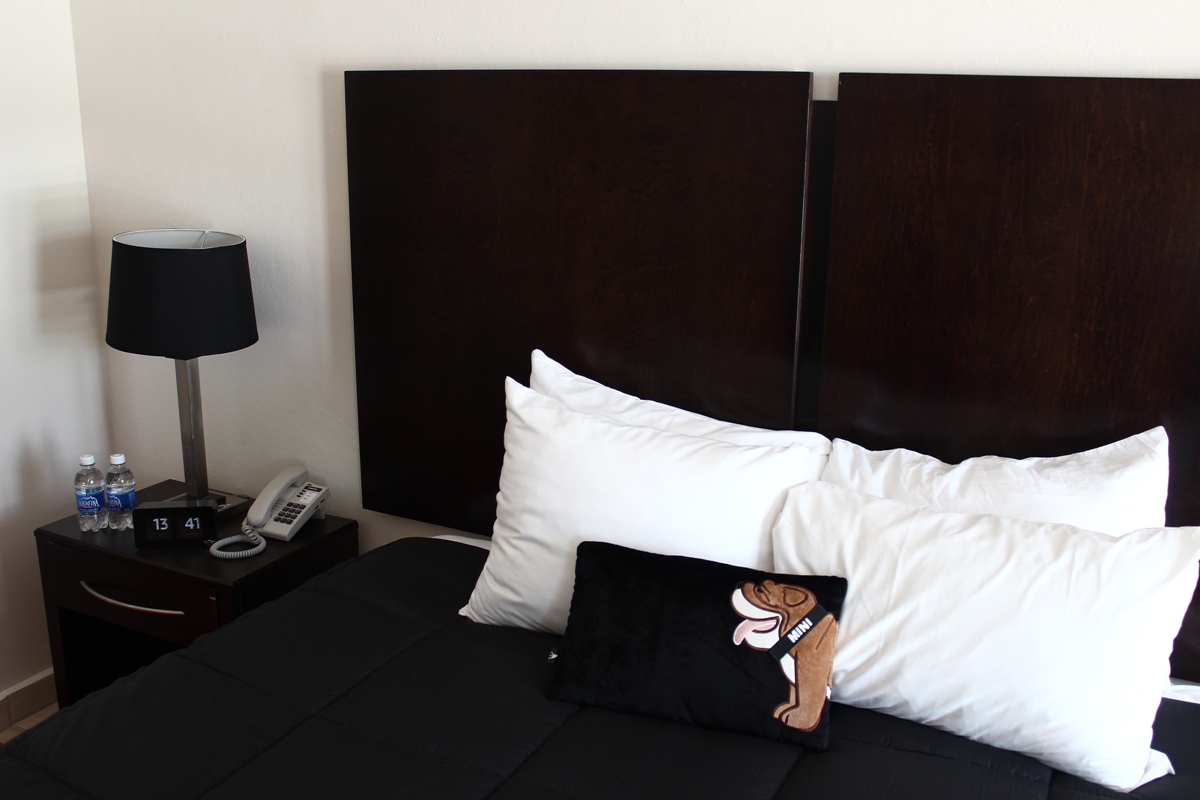 Pillow was a nice touch. That's a Mini-branded alarm clock, by the way. 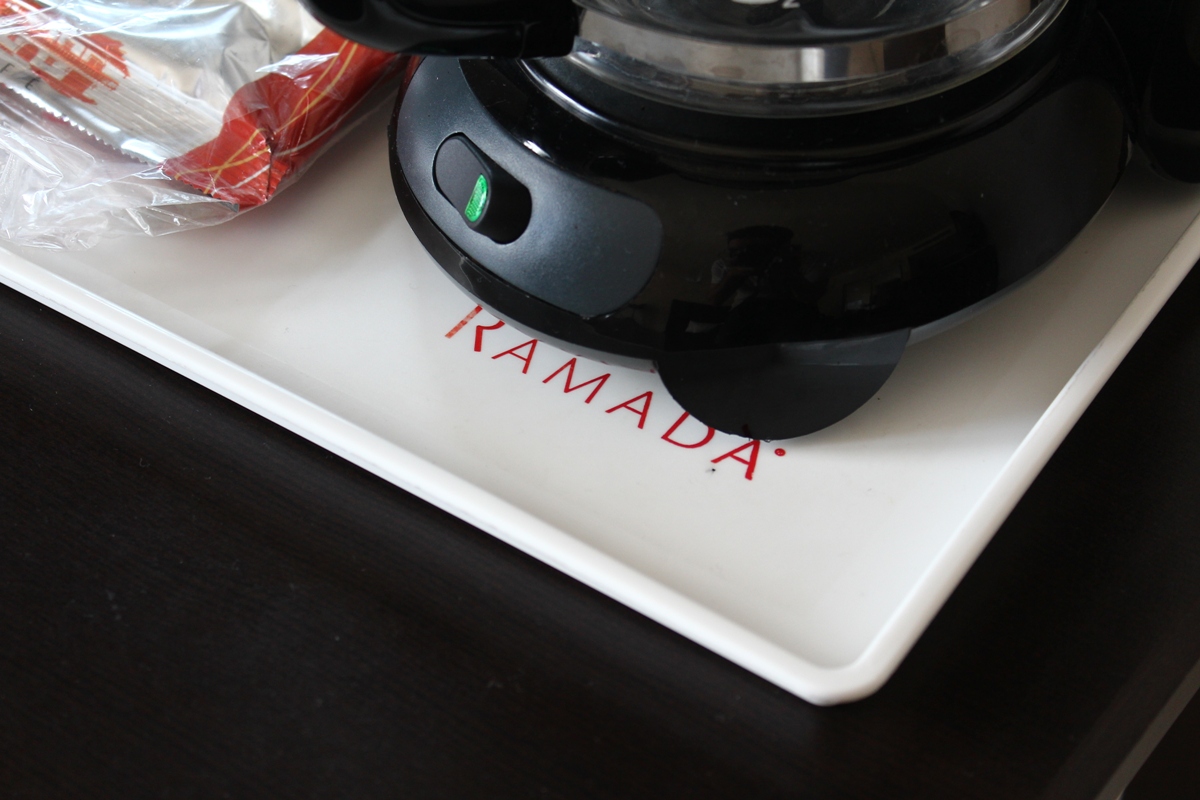 "Hello, Ramada? Yes, we'd like to, you know, rent your entire Ponce location for a few days, give it a makeover, and pretend it's called something else." 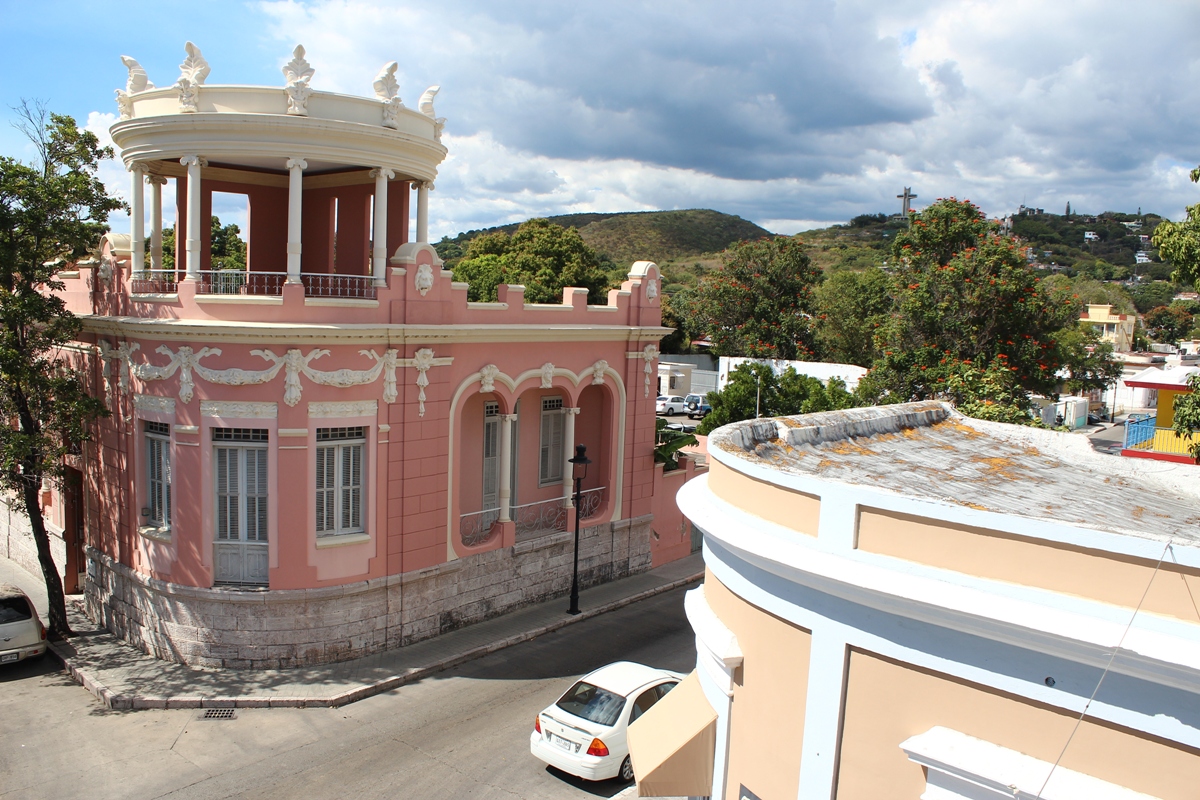 Here's the view from my balcony in Ponce. Cool Spanish architecture, but that's kind of all there is to see here, and Old San Juan's got way more of it. Other than the Caribbean Sea's turquois-ier water, I can't really think of a good reason to leave San Juan and go to Ponce...unless you get to drive a bunch of turbocharged Minis through the mountains as part of the deal. 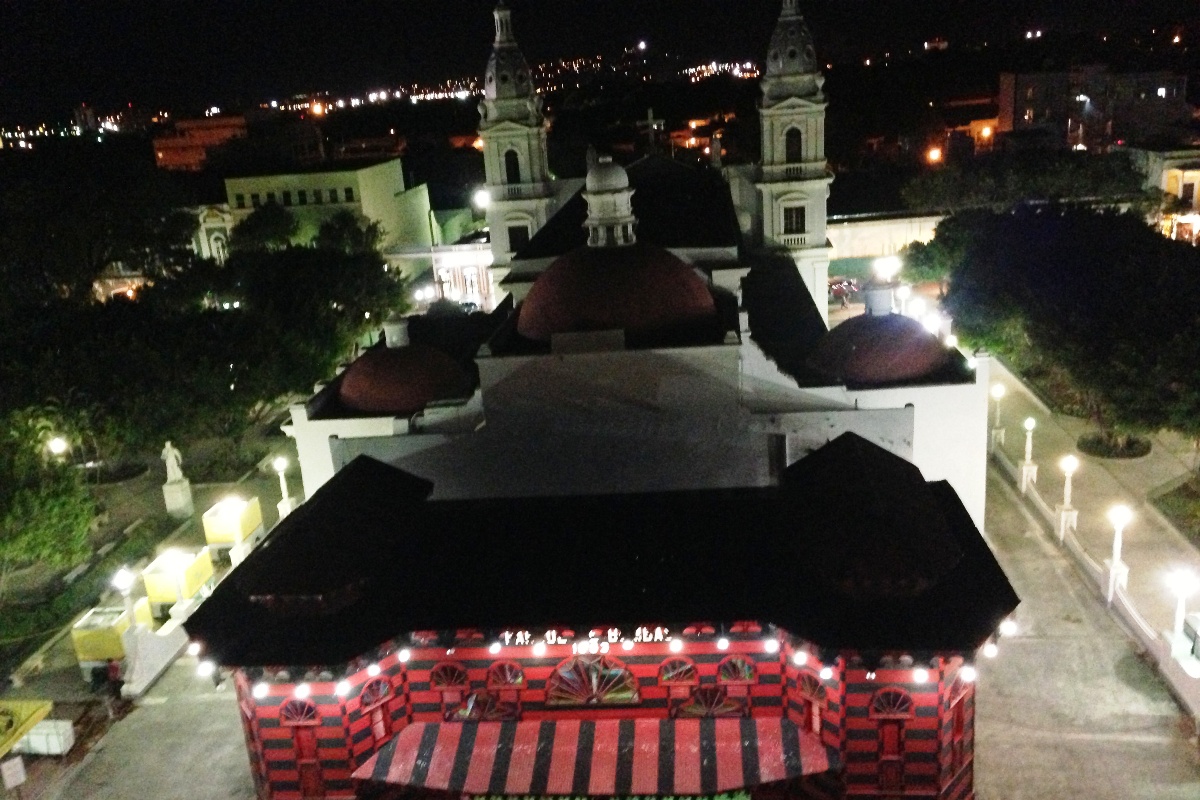 Dinner Tuesday night was at a rooftop restaurant overlooking Ponce's Spanish-era Plaza Las Delicias. The sixtysomething German-Puerto Rican headwaiter proudly told us that his father, a U-boat commander in World War II, had torpedoed more than 100 Allied ships. I don't think it ever crossed his mind that his Yanqui guests might be taken aback.

Interesting glimpse there of a lingering independent streak, perhaps, in Puerto Rican identity: although Washington has run the show for a century-plus, I didn't detect a lot of American influence in the way people think about things.

I mean, try to imagine a cheery German-American pouring your wine and bragging about his U-boat-driving dad at a fancy restaurant in Hawaii. You feel me? 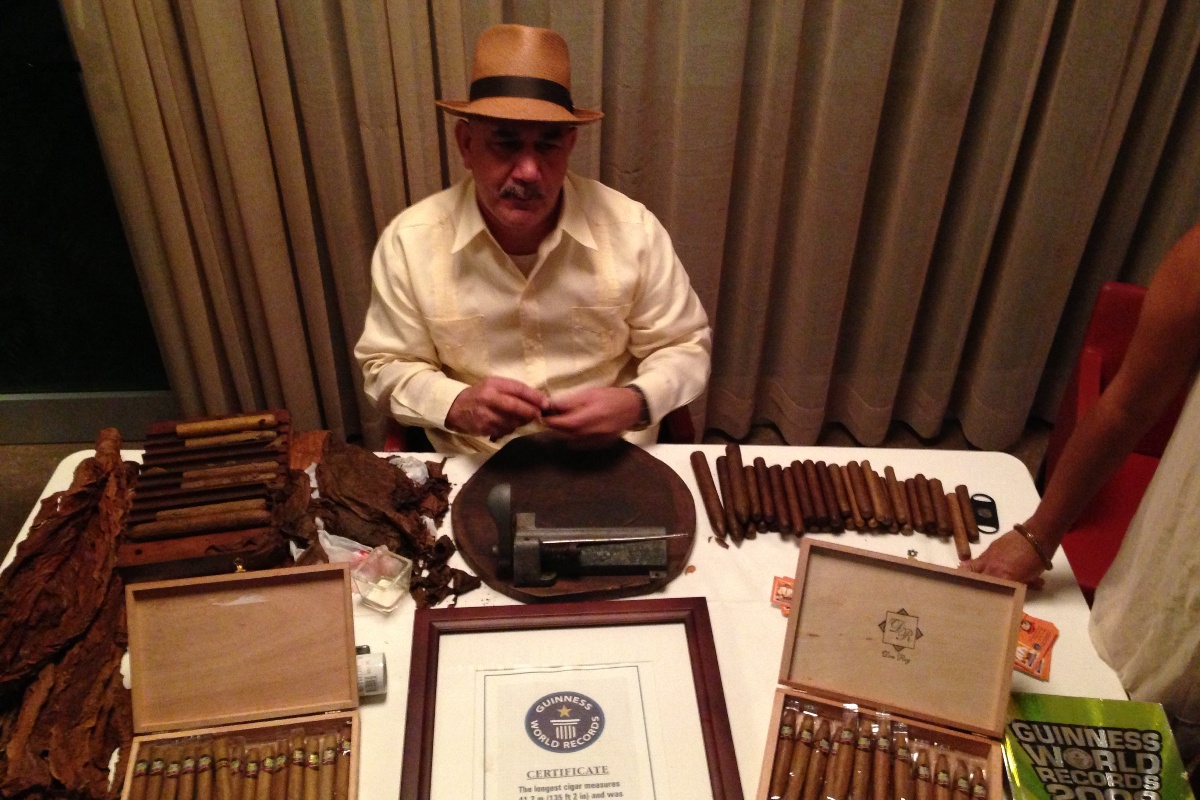 Naturally, there was a dude hand-rolling cigars next to the bar inside. 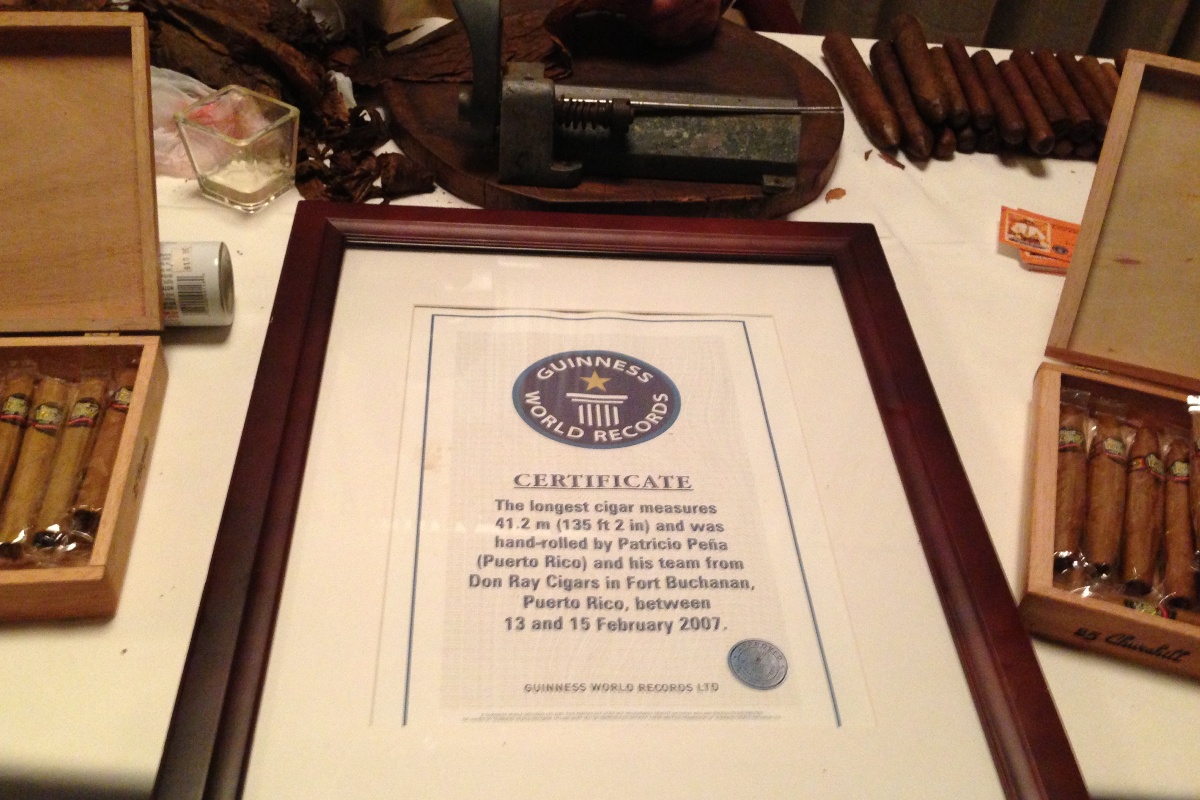 Also naturally, he holds the Guinness World Record for the longest hand-rolled cigar. 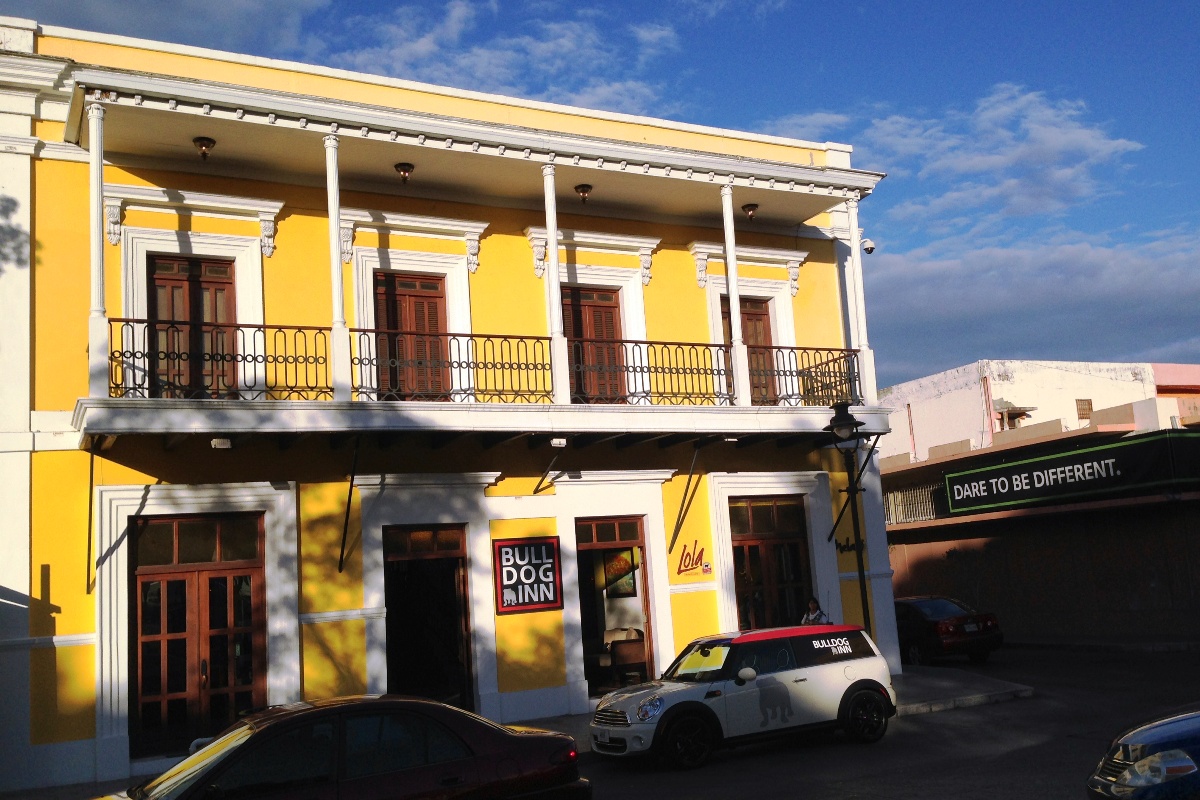 Beautiful Wednesday morning in the Plaza. It's not like Mini had to do that much work on the Ramada to bring it up to spec; that's a pretty nice Ramada Inn right there. 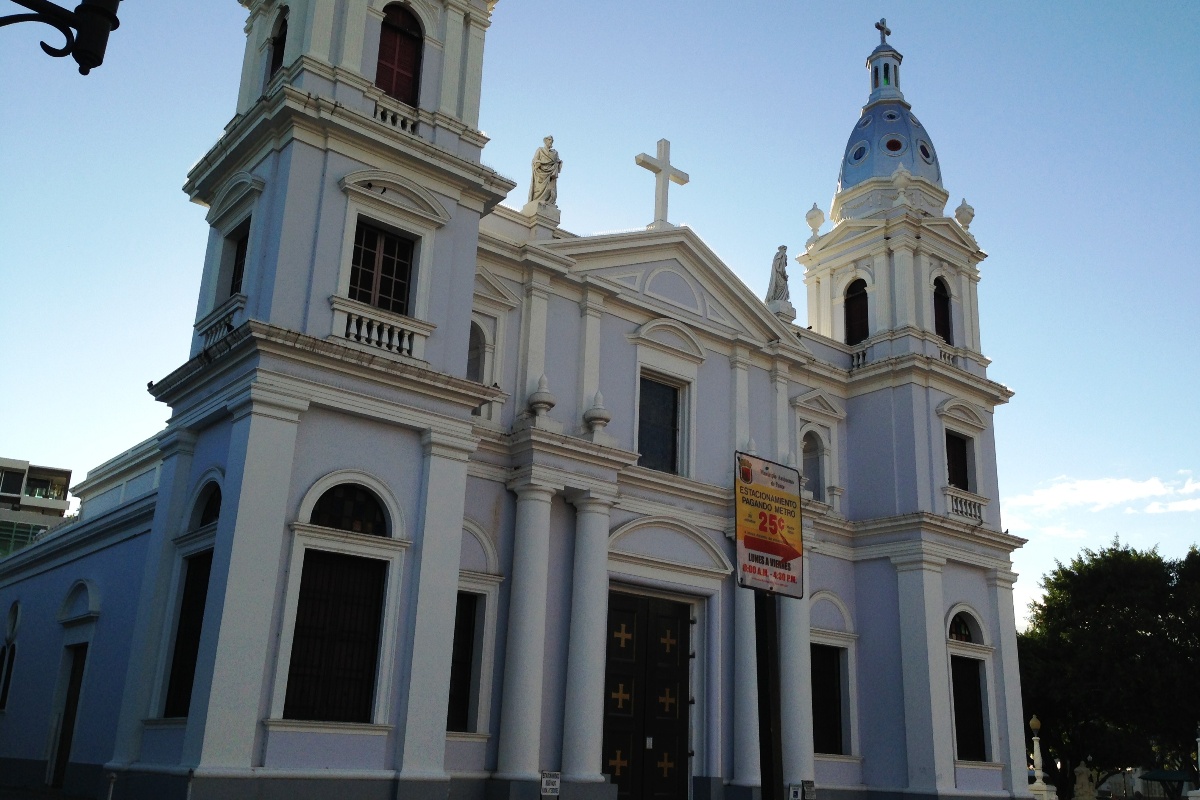 Ponce Cathedral. Good show, but again, if it's Spanish stuff you're after, Old San Juan should suffice. 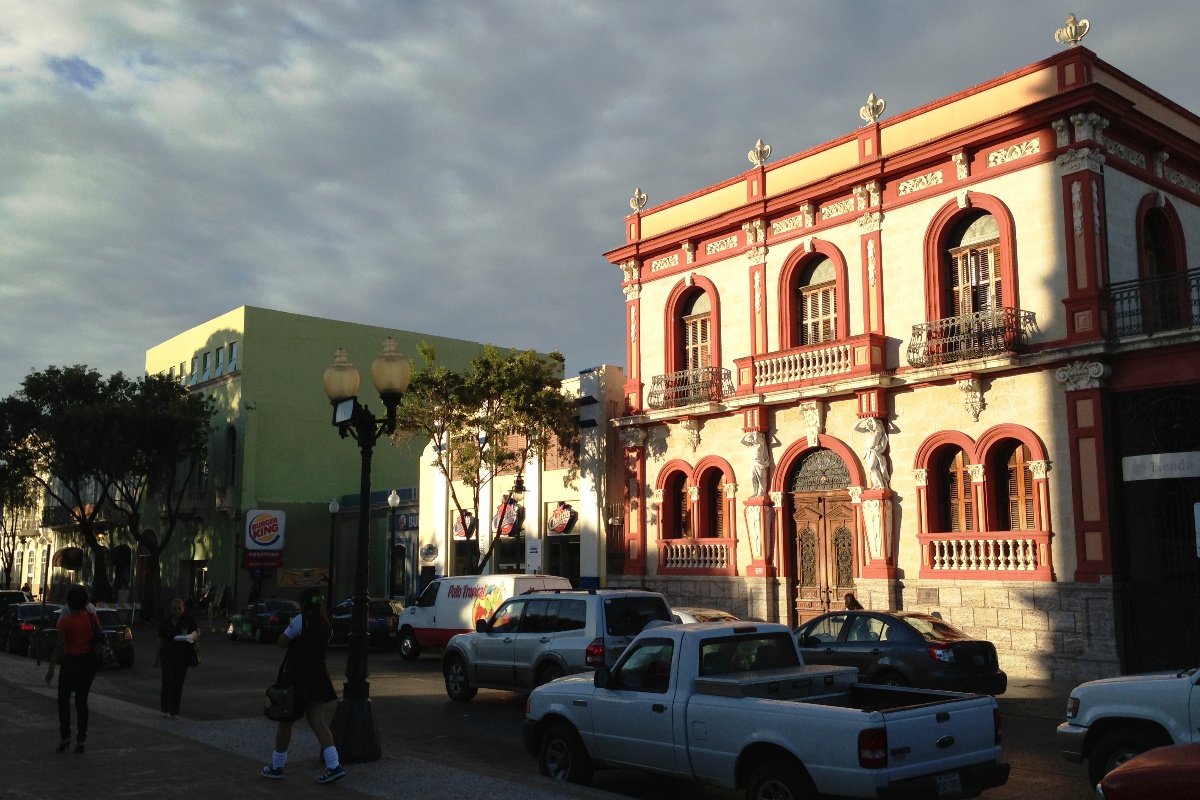 Following a farewell stroll around the Plaza, I picked a Paceman and joined my fellow muckrakers in a rather conspicuous convoy bound for a coffee plantation in the boondocks.

More on which tomorrow.