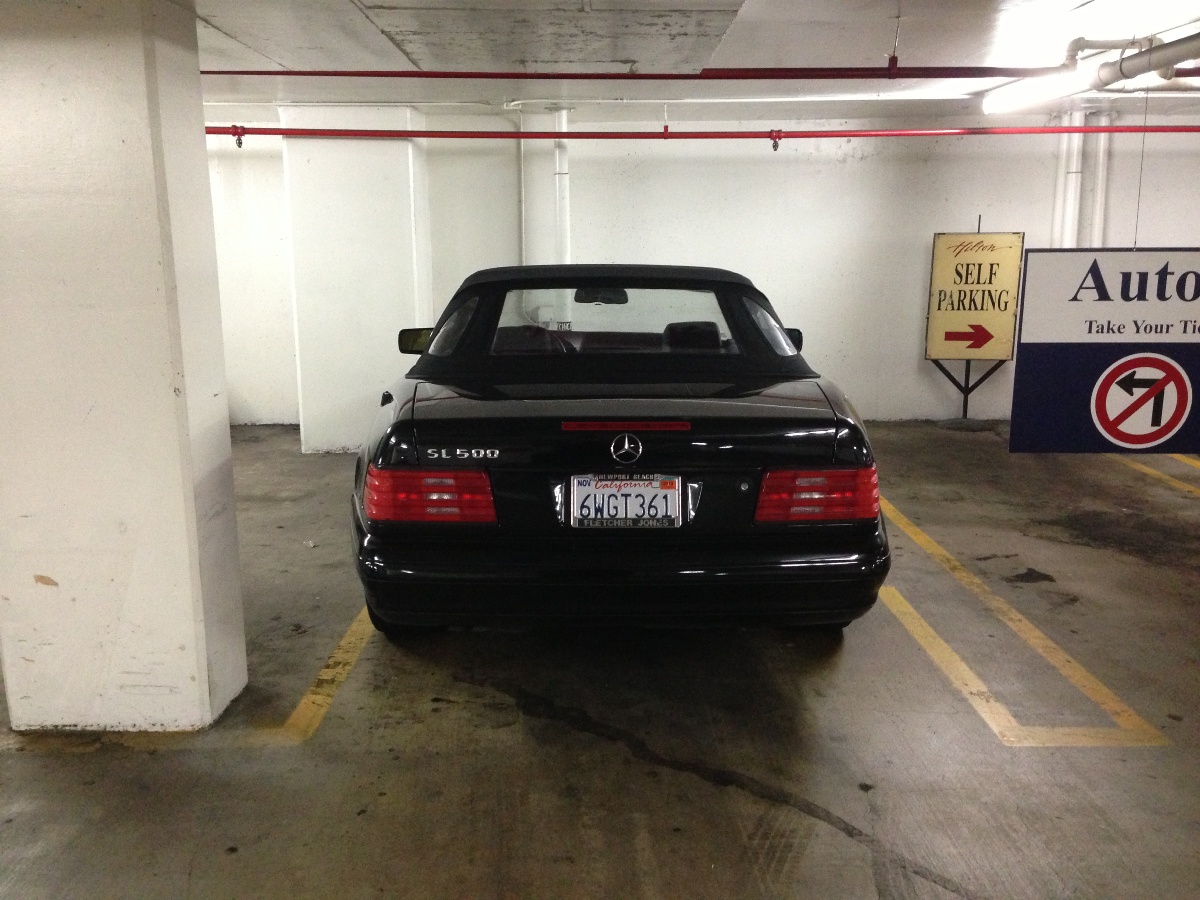 The 500Benz.com team is off to Puerto Rico tonight for a press event, which meant that the 500 Benz needed a place to lay its head in our absence.

I prefer the LAX Hilton because it offers plenty of door-ding-proof underground spaces for about $9 a day, and I found a real winner this time. 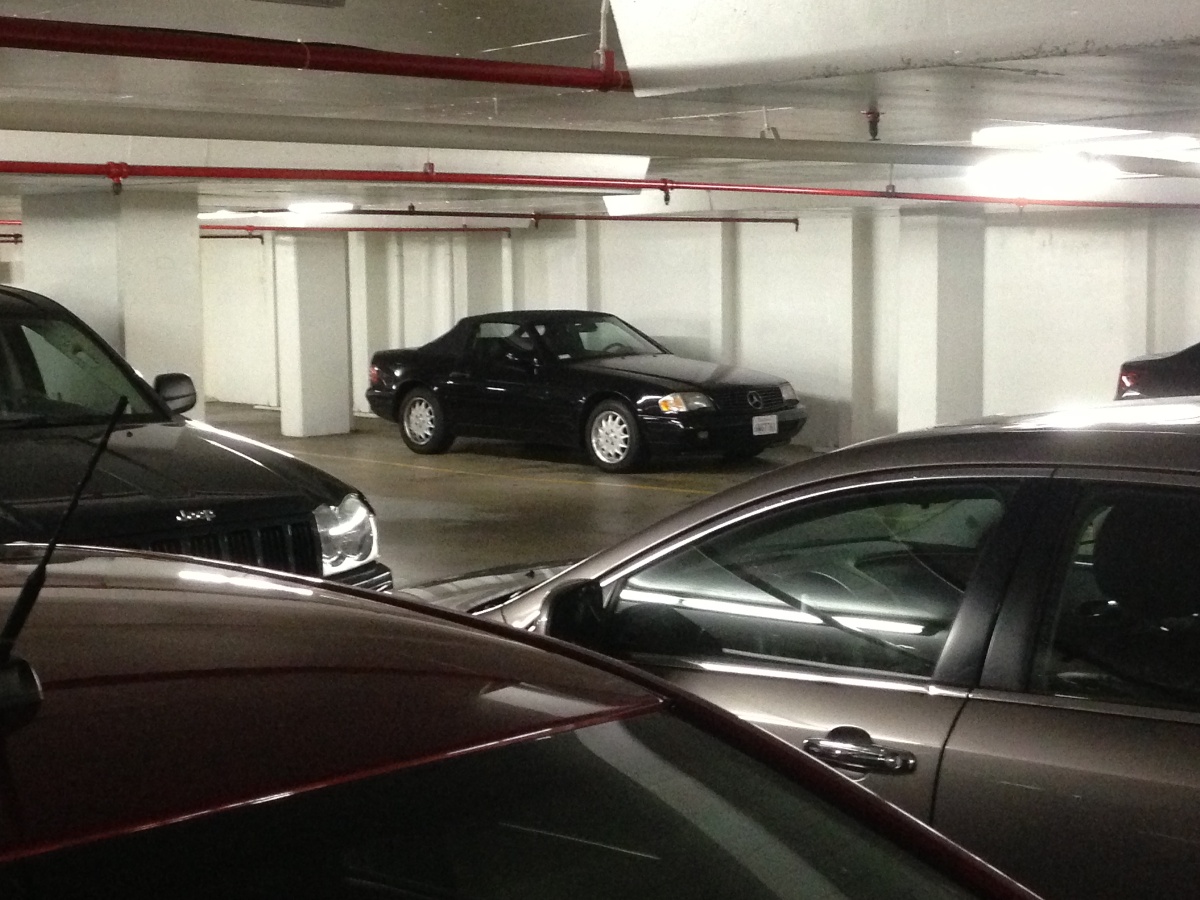 Typically I try to find a space like the one above: along a wall, between a couple posts, room for one car only. No foreign doors nearby to inflict dings. The only downside is that you have to parallel-park. The Hilton's got a lot of spaces like this—no other place I've tried comes close. I took this photo the last time I went somewhere.

But tonight, when I saw an open space right in front of me as I came down the ramp, bordered by a post on the left and an apparently permanent hanging sign on the right, I couldn't resist. Drove straight in and called it a day. 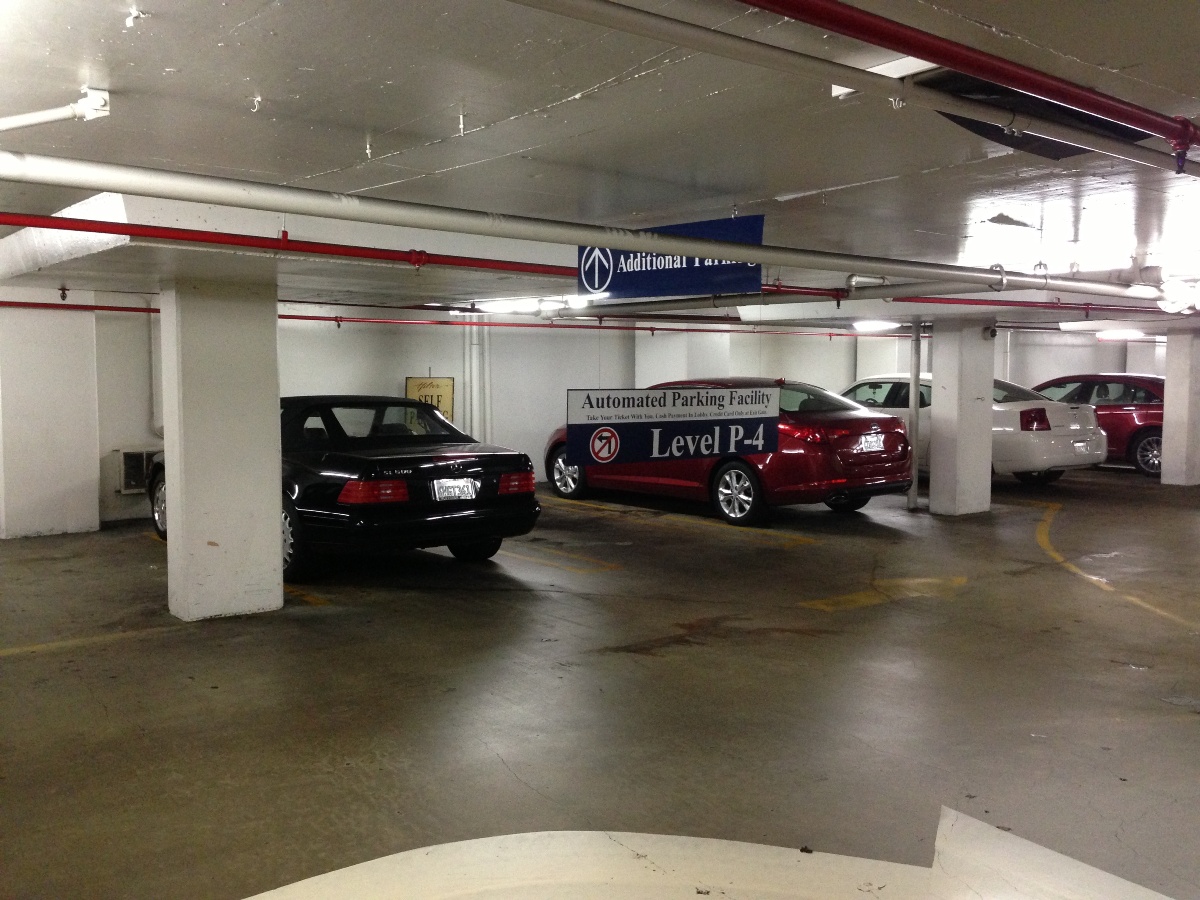 Notice how the post keeps anyone from getting too close on the driver side, and that suspended sign means no one's parking on the passenger side. It's the best of both worlds: zero next-door neighbors, zero parallel parking required.

The way I see it, the 500 Benz is of noble descent, so it should spend as little time as possible rubbing elbows—or anything else—with the hoi polloi.

A fringe benefit of parking at the Hilton, by the way, is that the payment procedure is really slick. You just put your credit card into the ticket turnstile on your way in and out, and the system briskly takes care of the rest while you sit in your car.

Hey, stay tuned for posts from Puerto Rico! Internet connectivity will be intermittent, but I'll throw some stuff up when I can. The 500 Benz might even make an appearance or three; I wouldn't put it past it.