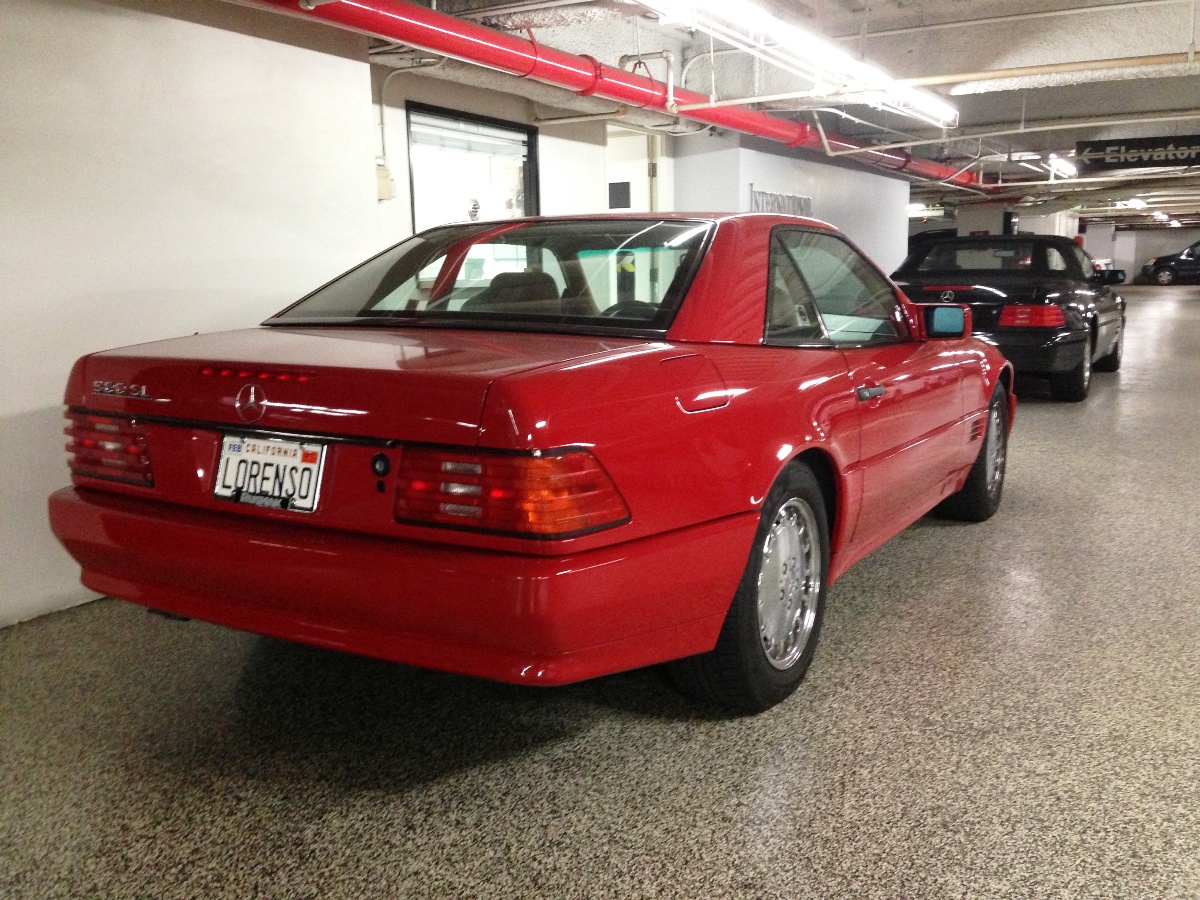 You'd rather see me in the pen
Than me and Lorenzo, rollin' in a Benzo
—Ice Cube

It's always fun to see my 500 Benz brothers and sisters out and about on the mean streets of L.A., and I ran into a special one today on an errand downtown.

I usually erase license plates from photos, but I'm sure my man Lorenso here won't mind that I'm putting this one on blast. 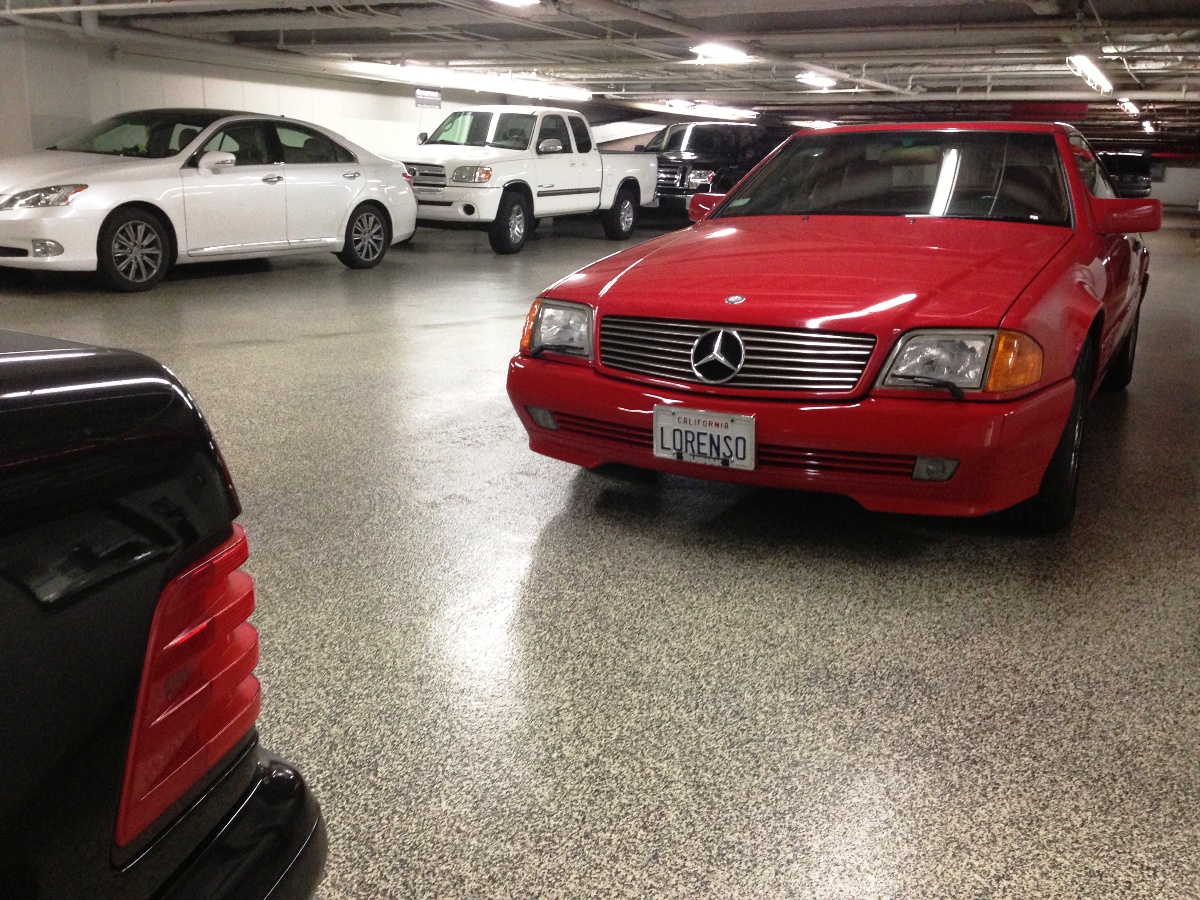 This is a 500SL, as you may have noticed in the first photo, which means it's from 1993 or earlier. Not bad for 20-plus years old. Interestingly, some of the grille slats are bent (a common affliction; I'll tell you my own grille-slat story one of these days), but the headlight wipers are perfectly level. More often than not, a 500 Benz's headlight wipers will be looking at you cockeyed (I'll tell you that story someday, too), so Benzfriend Lorenso apparently has an eye for detail and tries to keep the car tip-top—except that the grille slats are actually quite pliable, so I'd expect someone who cares about the wipers to have straightened out those slats, too. You feel me? 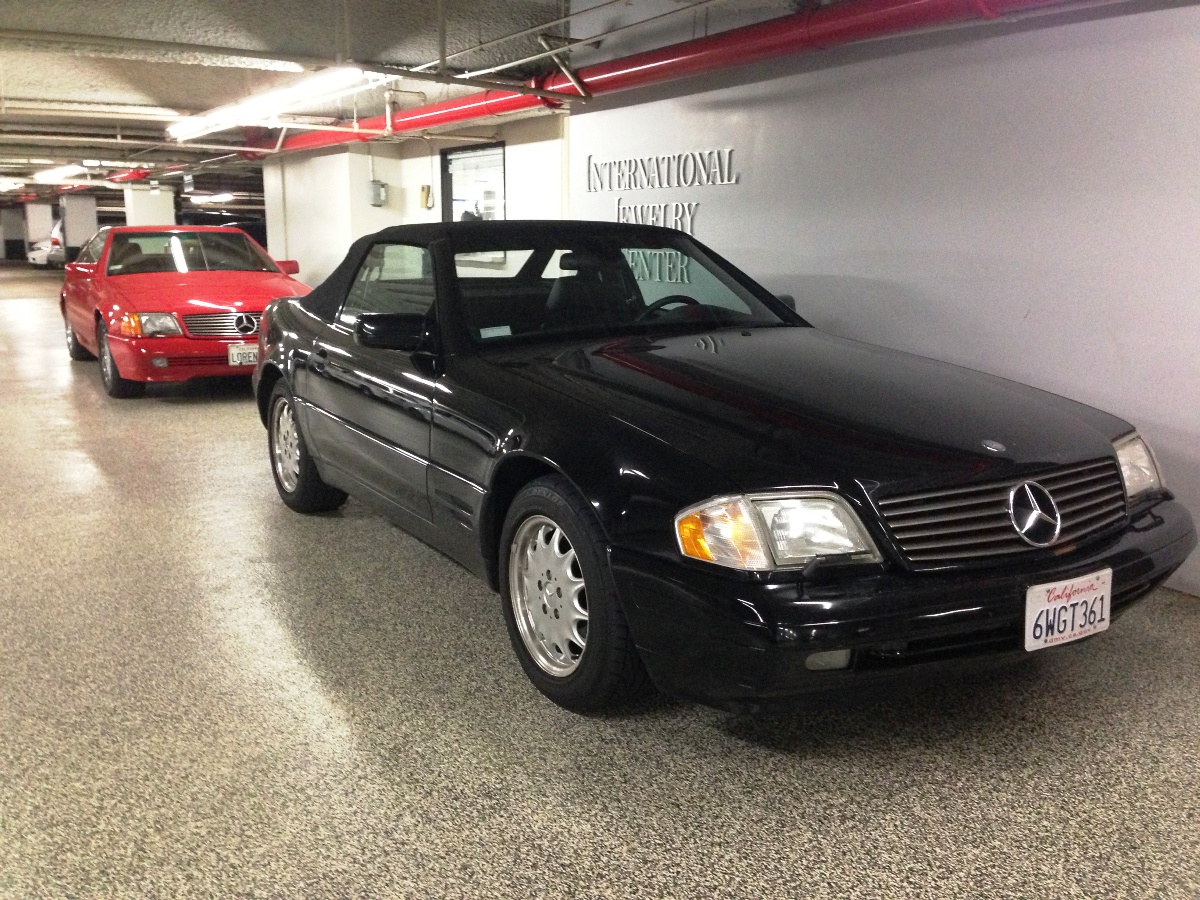 As you can see, not much changed between 1993 and 1998. My turn signals are less orange, and I've got six slats in the grille instead of seven, but that's about it. 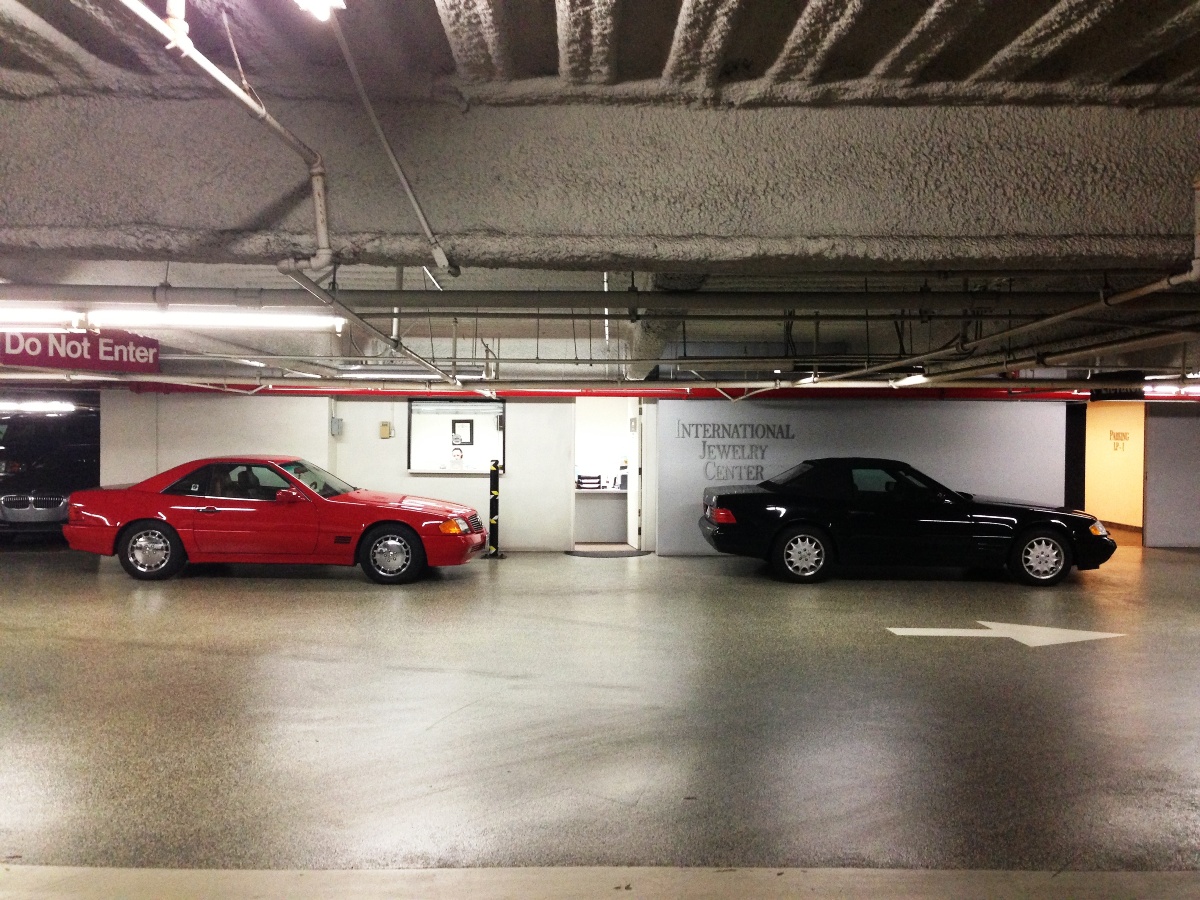 It's striking how different the car looks with that hardtop in place. The soft-top may have been an engineering marvel in its day and all that, but it's got all the aesthetic appeal of a tarp. Clearly you're supposed to keep that thing stowed whenever possible. The hardtop, on the other hand, turns the SL into a scaled-down W140 coupe from this angle. I see a lot of big-body CL in the C-pillar and the angle of the rear glass. Makes me wish the hardtop weren't such a pain to install; I'd throw mine on every now and then just because it looks cool. 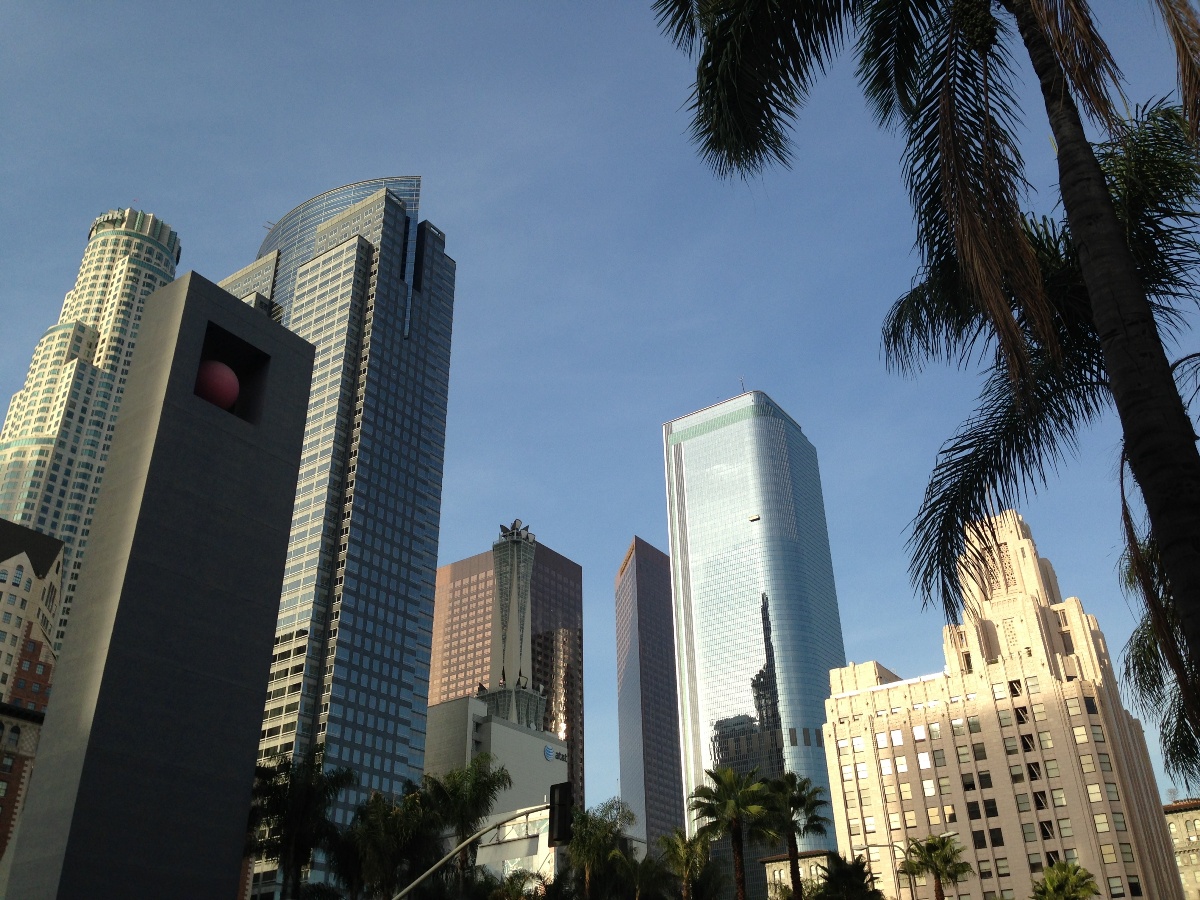 Hello, downtown L.A.! Got some tremendous mid-winter weather going on right now. "Oh, think twice," Phil Collins would begin, and then I'd change the channel, but I'd take his point.

Postscript: You find the damnedest things when you google "lorenzo benzo." Exhibit A is above...

...and then there's my personal favorite, LoRenzo Benzo LoPez, who is reportedly making both money and music: 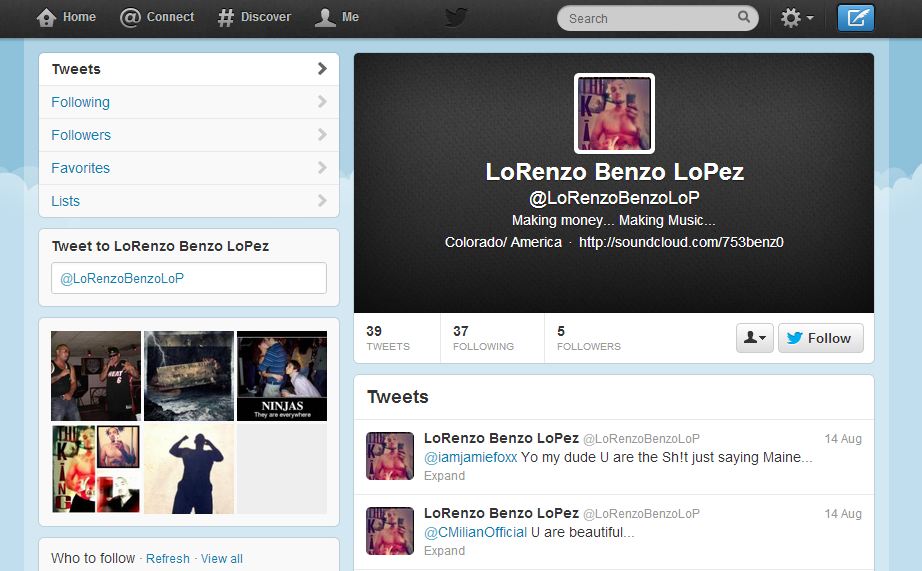 Oh hey, tune in tomorrow afternoon for a Malibu comparison drive featuring the 500 Benz and a 981.

posted in: Spotted in the Wild