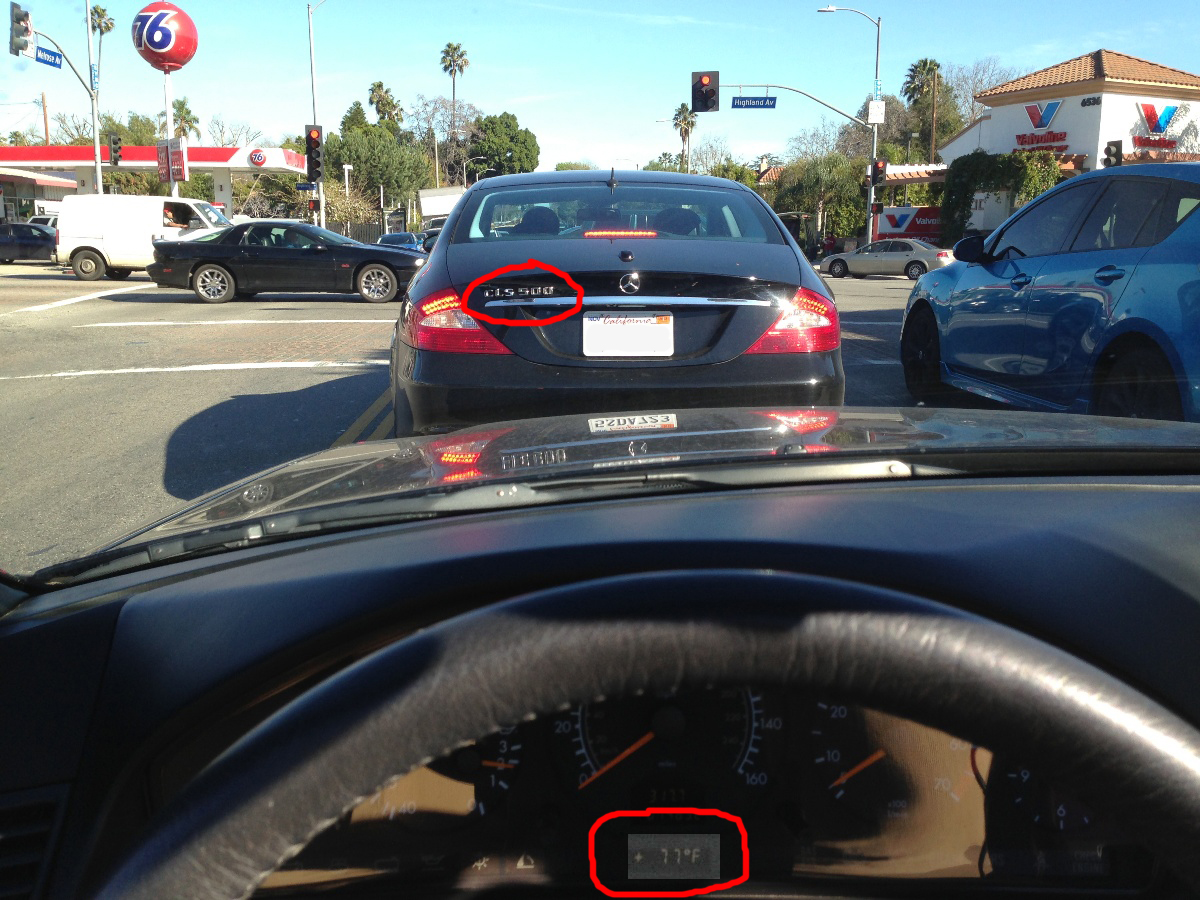 Two red circles to talk about here before I collapse from exhaustion due to strenuous automotive journalism:

First things first: it's summer in SoCal. Top down on January 31st? Obviously—it was either that or the A/C. Also, this is why Hollywood > beach towns in the winter. Those chumps were about 10 degrees cooler today. I would have had to pull out a long-sleeved shirt.

Now, about that V8. As regular readers will have gathered by now—or perhaps were already aware, because they're smart like that—the 5.0-liter M119 V8 in the 500 Benz (below) was replaced in 1999 by a different 5.0-liter V8 known as the M113. The new engine quickly became the default V8 across the Mercedes lineup in various displacements, powering everything from the secretary-special CLK to the baller S-Class sedan. 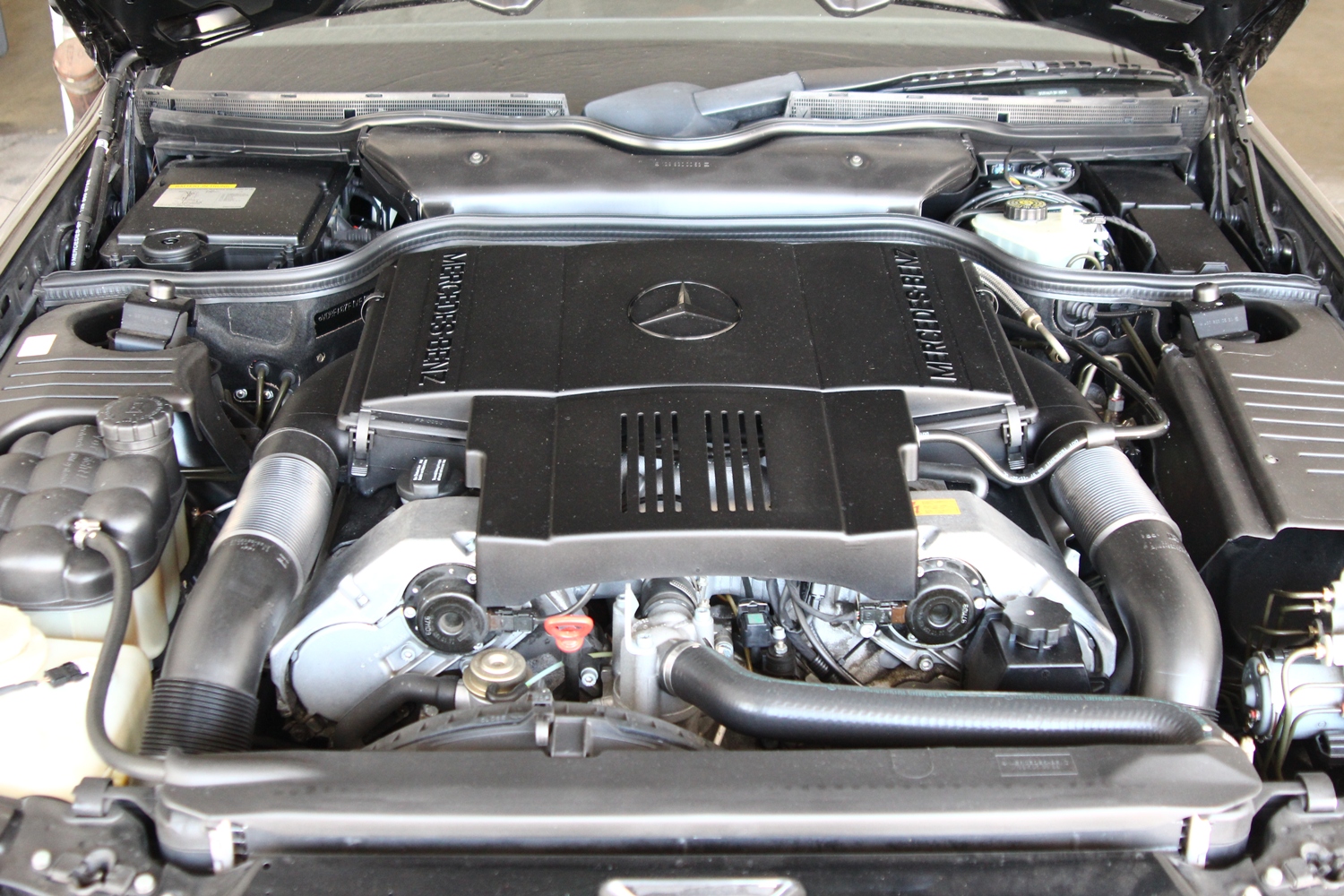 So how is it a conundrum, you ask?

Oh, let me count the ways.

1) Numbers don't lie unless they're Hyundai MPG ratings, and in this case they're pretty striking. The 5.0-liter M119 V8, which debuted in 1990, was rated at 315 horsepower and 347 pound-feet of torque when it met its maker. The decade-newer 5.0-liter M113 V8 was rated at 302 hp and 339 lb-ft for its entire existence. In other words, it took Mercedes ten years to come up with a lower-output V8 of the same displacement.

2) Whereas the M119 was a dual-overhead-cam design with four valves per cylinder, the M113 was a single-overhead-cam design with three valves per cylinder. Is more better? Well, all else being equal, yeah...from a performance perspective, at least. But as Wikipedia points out, "SOHC cylinder heads are generally less expensive to manufacture than DOHC cylinder heads."

3) I keep saying that the M119 was painstakingly hand-assembled and the M113 (below) built briskly by robots, but you know, I can't really find corroboration for this on the interwebs. Someone want to set me straight? Meanwhile, I will continue to believe it, because it takes my love for the 500 Benz to a whole 'nother level.

Anyway, look, reasonable people disagree about the relative merits of these engines. I recognize that. I'm not saying the M119 is obviously, massively better. After all, the acceleration's pretty much a wash by the numbers (if anything, the M113 is reportedly a bit quicker), and the newer motor is supposedly more fuel-efficient.

But the fact remains that some of the best engineers in the world had a decade to improve on the M119...and they couldn't do the job. In fact, they seem to have cheaped out, which Mercedes had basically never done. Ever. It just wasn't the way they did business.

I predict that someday the resale values of these cars will reflect this, i.e., the M119 will eventually be more desirable to collectors, both because of its greater sophistication and because of what it says about pre-Chrysler Mercedes principles.

So yeah, sitting there today behind that CLS500, fist-pumping and yelling on account of having a badder motor under the hood...it was one of those special moments that a man gets to share with his 500 Benz.

posted in: 500Benzlife  Spotted in the Wild